Chester County, PA — It was a terrifying scene. The floodwaters from the Doe Run Stream in Chester County, Pennsylvania had swelled into a raging river during Tropical Storm Isaias. What Daniel DiGregorio and another bystander witnessed was equally frightening. They had stopped on higher ground and noticed a car heading right in the floodwater’s direction and unwittingly in danger’s way. “We see this car about 300 yards away decide to come towards us and we are both like ‘whoa, no no no’,” DiGregorio recounted, fearing the car would be swept away.

Two more people pulled up and together the group searched the area but could no longer view the vehicle.  They immediately reached for their phones to call 911 but were unable to get cell phone service.  There was no time to waste, these strangers had to quickly work together and figure out a way to help those stranded.  At that time, a worker in a heavy-duty backhoe vehicle appeared on scene.  DiGregorio said, “it was like a miracle.”  They knew it was just the type of heavy-duty vehicle needed to reach the car.  The group jumped onboard the backhoe’s bucket and sprang into action as time was of the essence.

When the group located the sinking vehicle, the driver, a panicked father was already standing outside of it.  He was up to his waist in water tightly holding his youngest child.  They asked the father how many children were in the car to assess the situation.  He replied four.  They yelled, “we will get you out,” to reassure him.  They calmly instructed the concerned father to move all the children to the car roof.  The strangers then cleverly formed a human chain holding onto each other’s belts in order to reach them all.

The toddler was first to be rescued.  Then the driver’s other young son and niece were both moved to the rooftop. The boy protectively clutched his frightened cousin.  Lastly it was the oldest boy’s turn, but he struggled and slipped.  He clung desperately to the car as the strong current tried to pull him away.  The petrified boy then reached out for a helping hand which Dan was able to reach and pull him to safety. One by one, each family member was ushered away from the rising floodwaters and onboard the backhoe vehicle.  They were then driven through the raging waters to awaiting first responders.

The memory of the dramatic ordeal still haunts DiGregorio as he said he can still see the look of fear on the child’s face.  He described it as, “one of the scariest moments of my life.”   He said he hopes to one day meet the family again to make sure that they are doing okay.

Thanks to these four everyday heroes, Dan DiGregorio, David MacDonald, Tom Garner and Walter Puddifer, this near tragic story has a happy ending.  These strangers answered the call to duty with a risky rescue.  Their actions are the perfect definition of humanity, of strangers helping strangers in need.  They are exactly the type of people PassItOn celebrates.  We honor their heroism and hope you will share their inspiring story.

Get The Story Here: https://youtu.be/0VIvtRlTQKU

Please tell us about your everyday Hero. The Heroes among us are ordinary people whose actions leave a lasting and positive impact in their communities and demonstrate the potential in all of us. Their heroic acts uphold our shared values. Help honor these individuals by creating a billboard and sharing their story at: https://www.passiton.com/your-billboards/create.

Email
Your Comments
Dick Kazan from California OCTOBER 2, 2020
This is a great humanitarian story of 5 every day people suddenly thrust in a life or death situation to rescue 4 children and an adult from drowning. 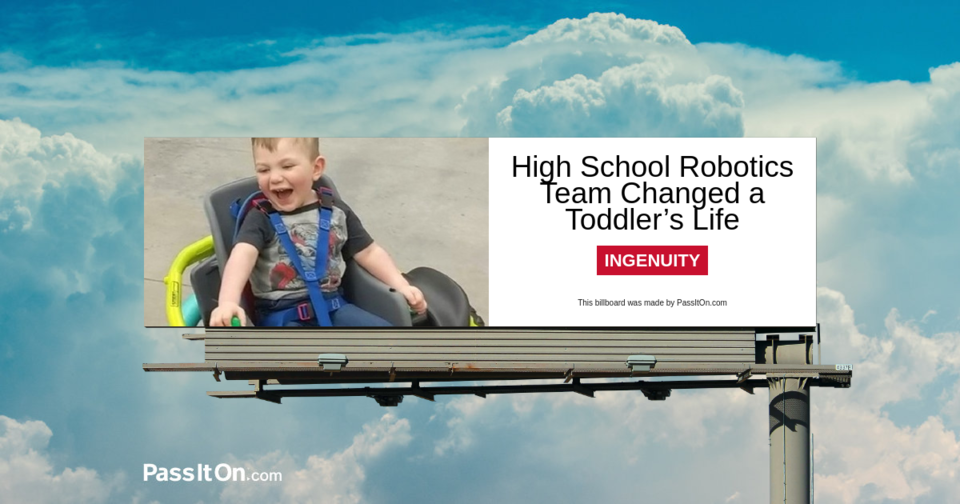 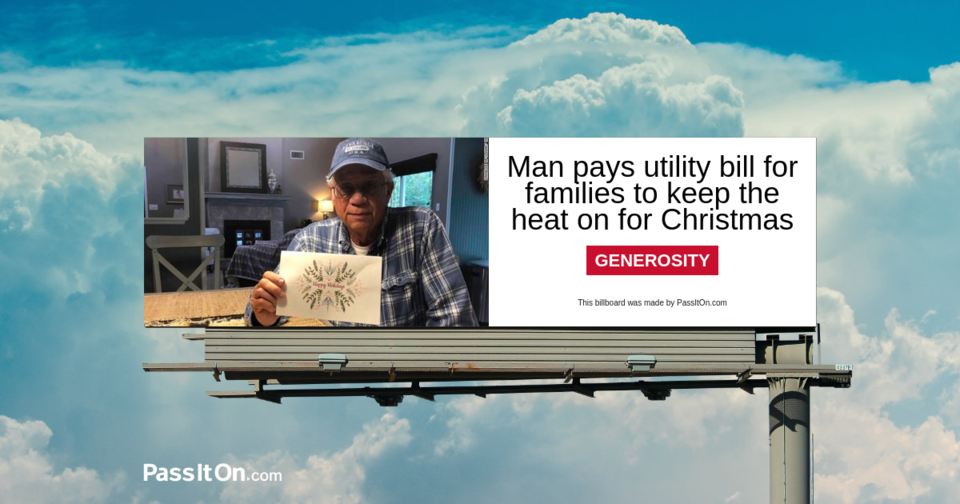 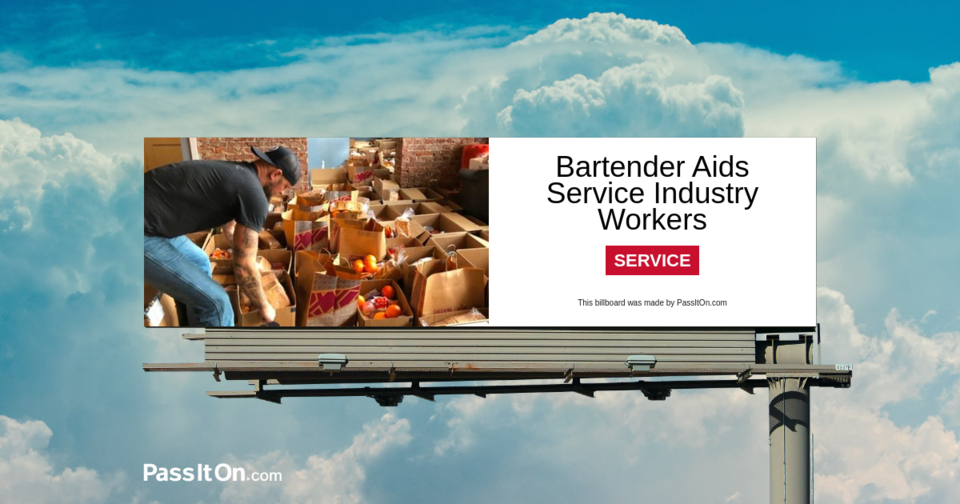 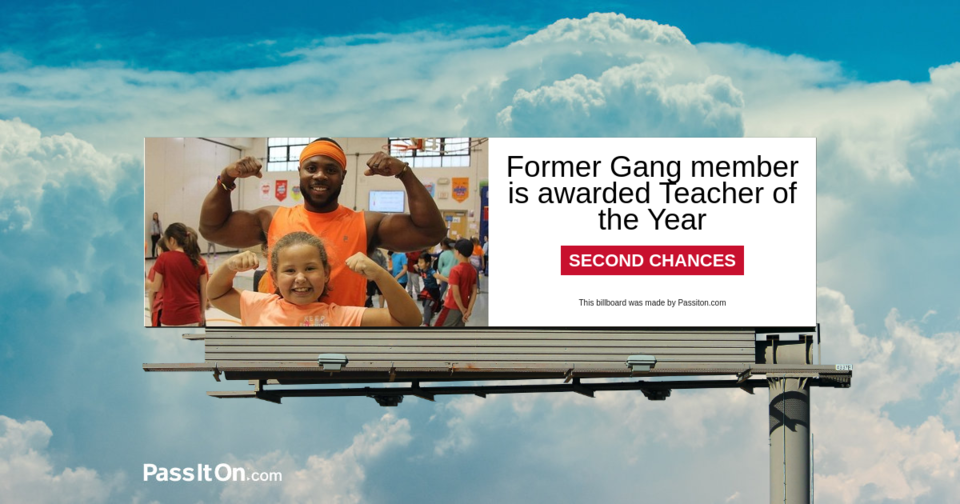 Former Gang member is awarded Teacher of the Year 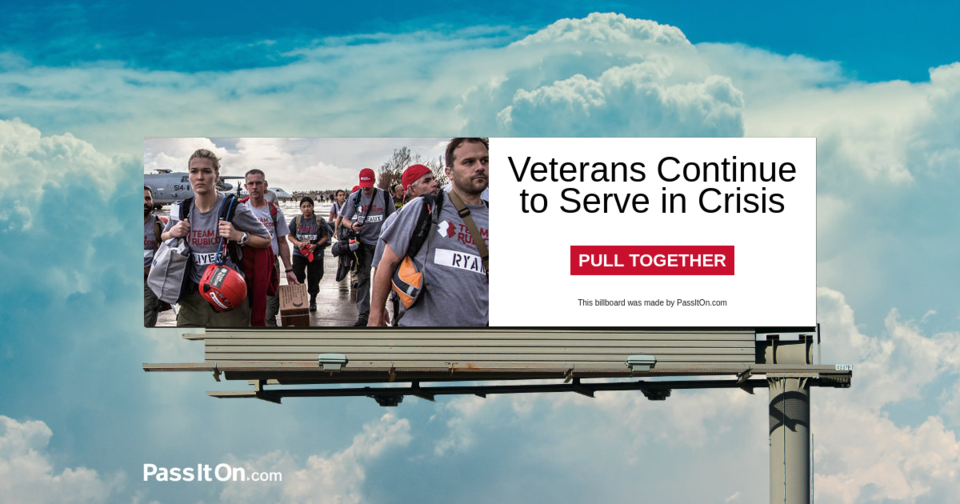 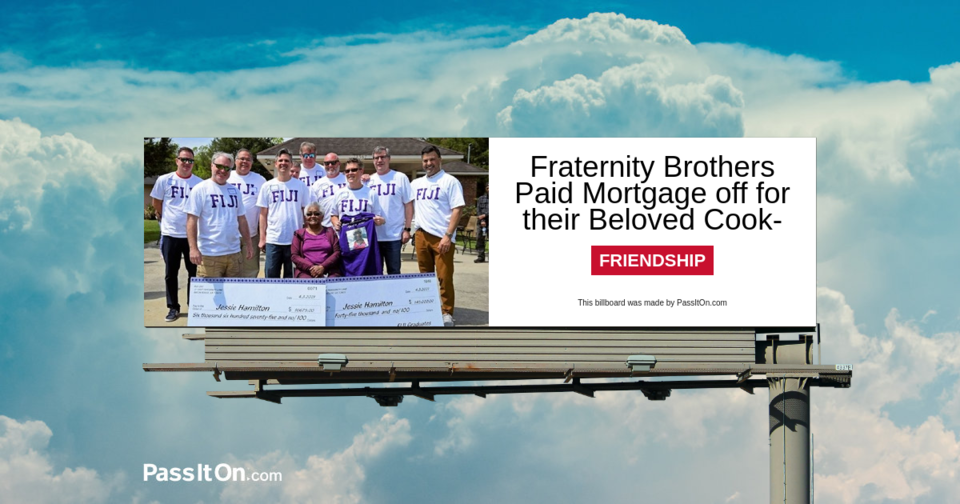 Fraternity Brothers Paid Mortgage off for their Beloved Cook

Young boy spends his birthday handing out pizza to the homeless 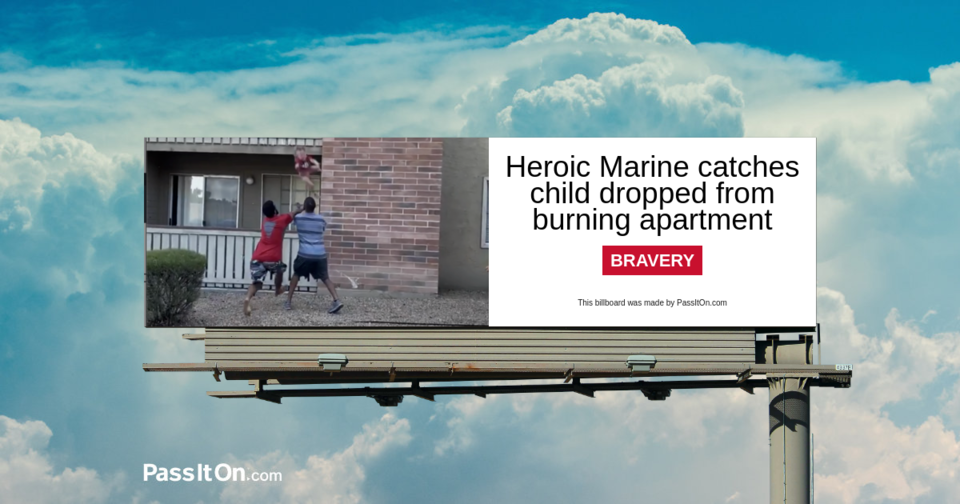 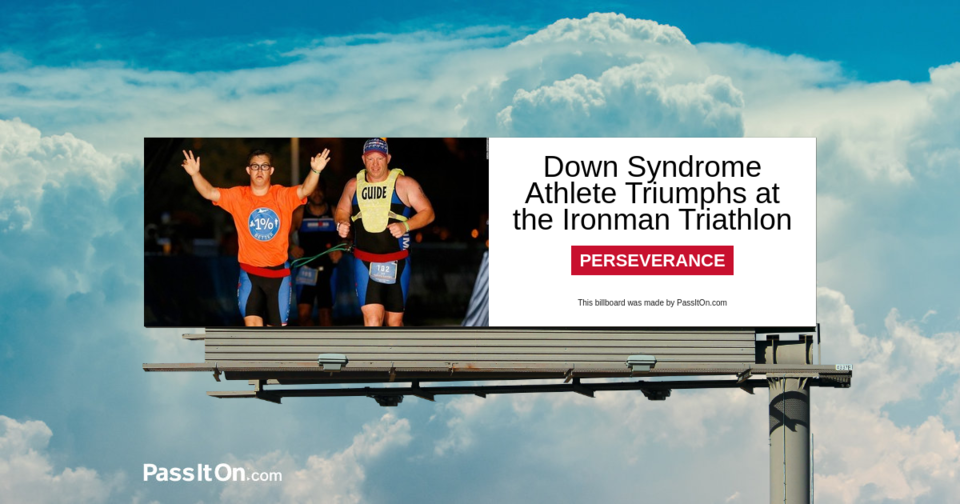 Down Syndrome Athlete Triumphs at the Ironman Triathlon 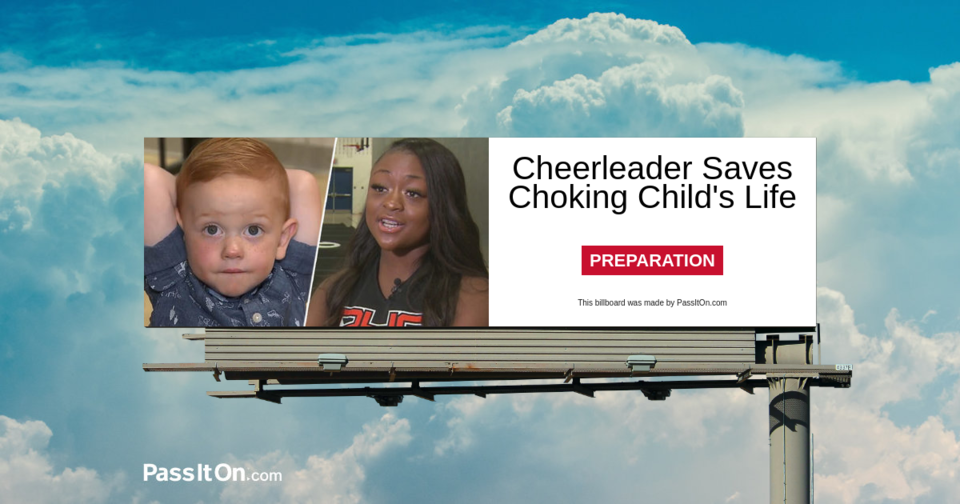 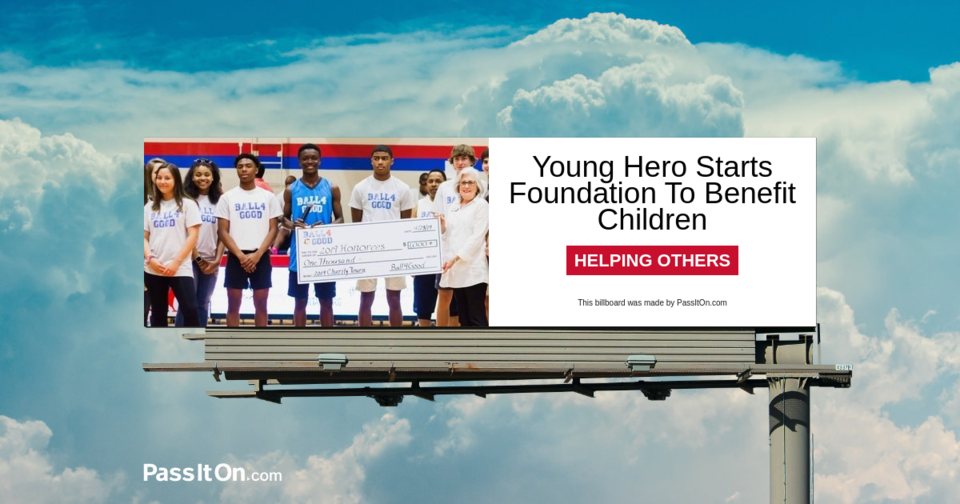 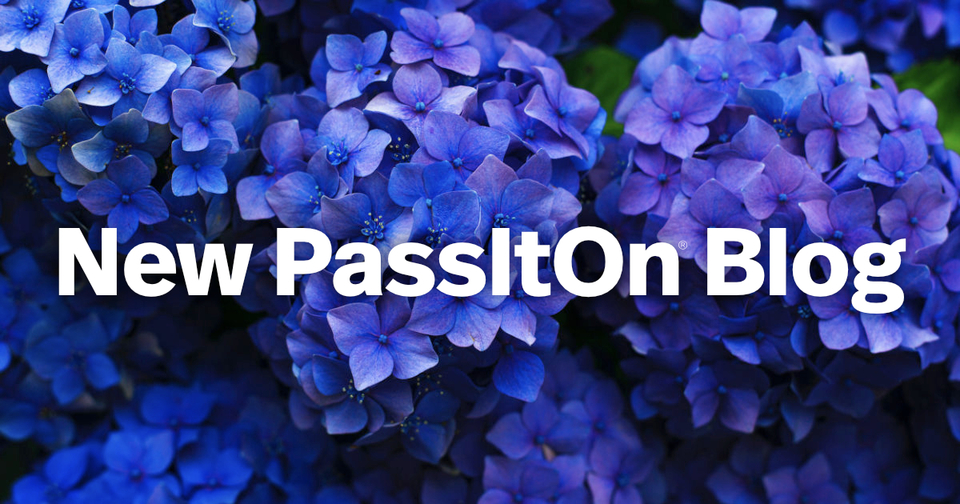 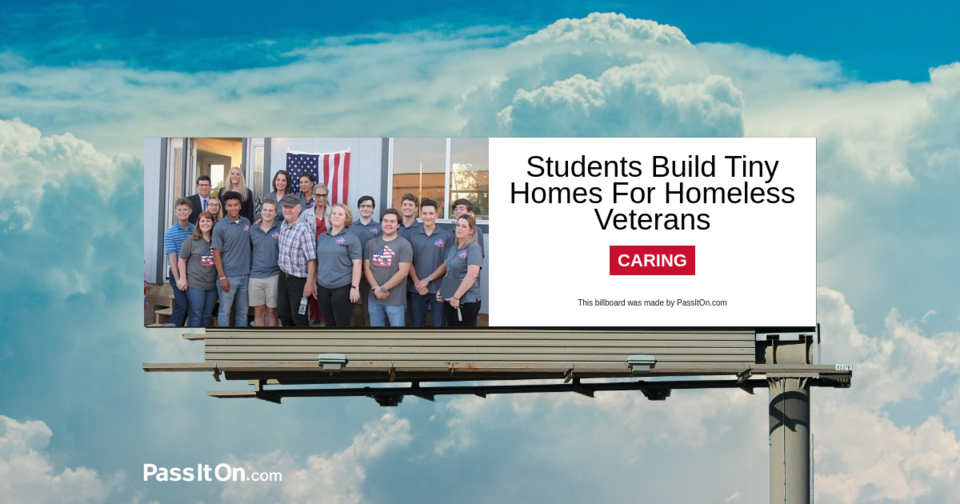 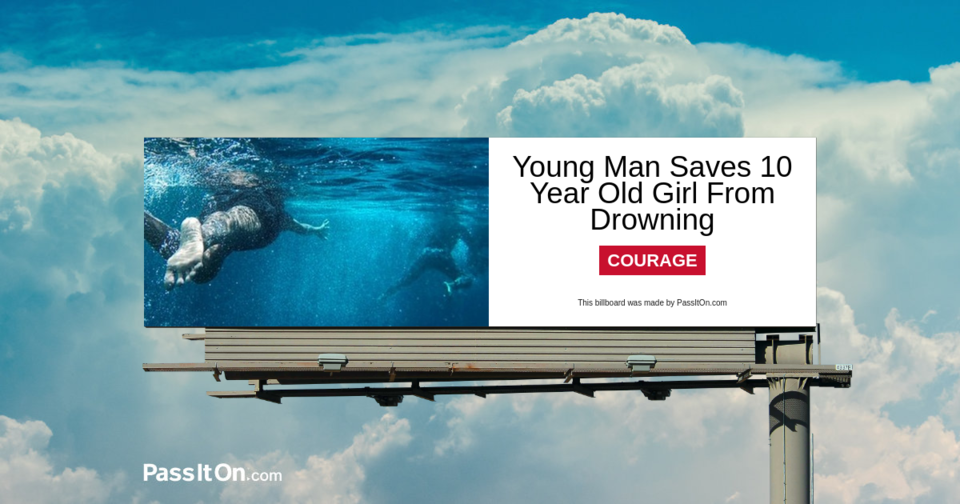 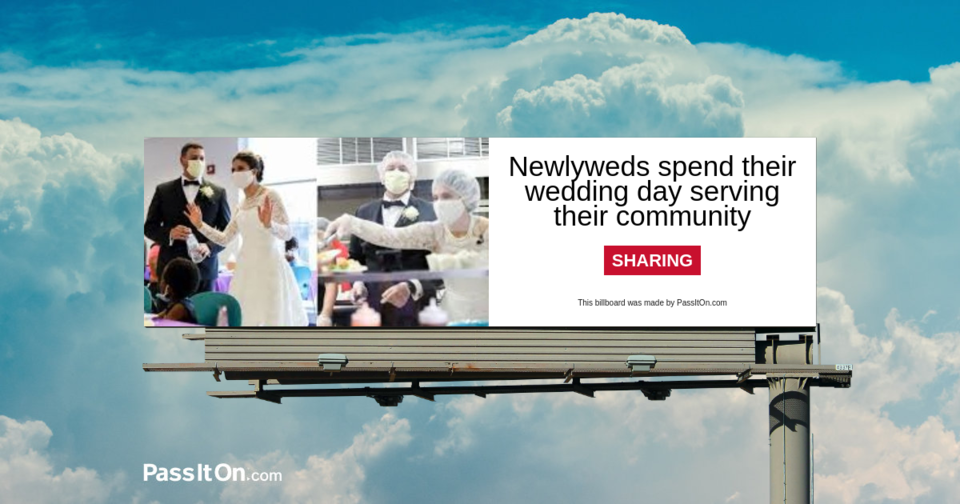 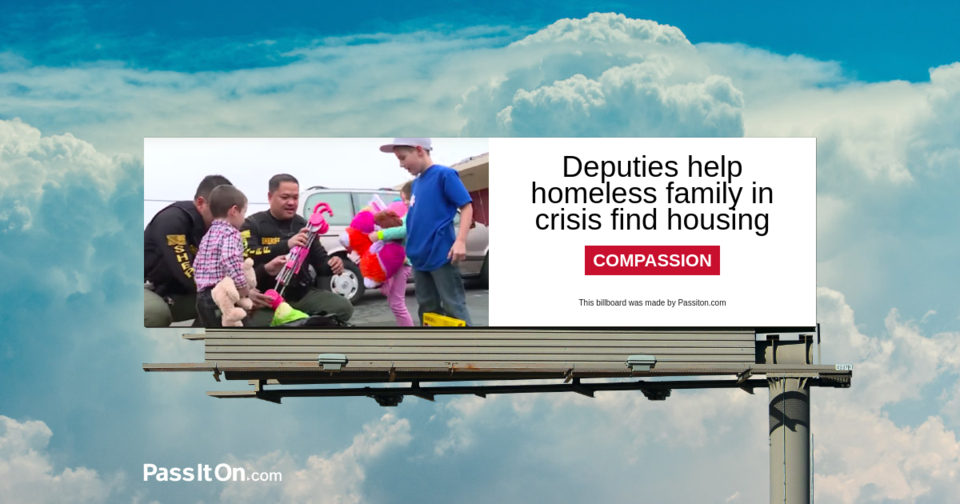 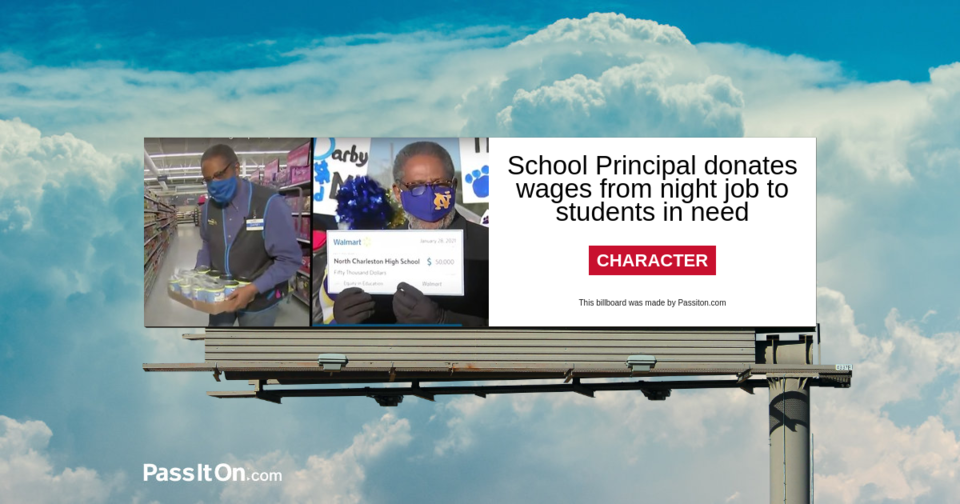 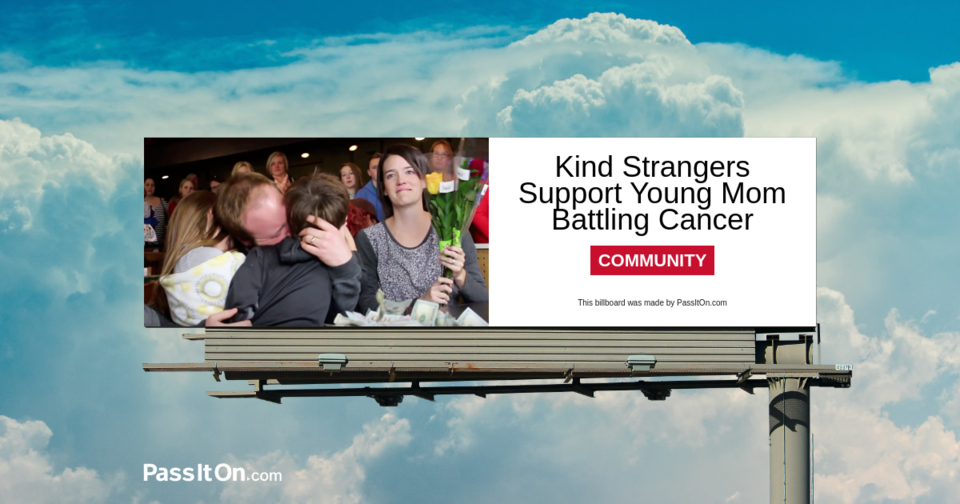 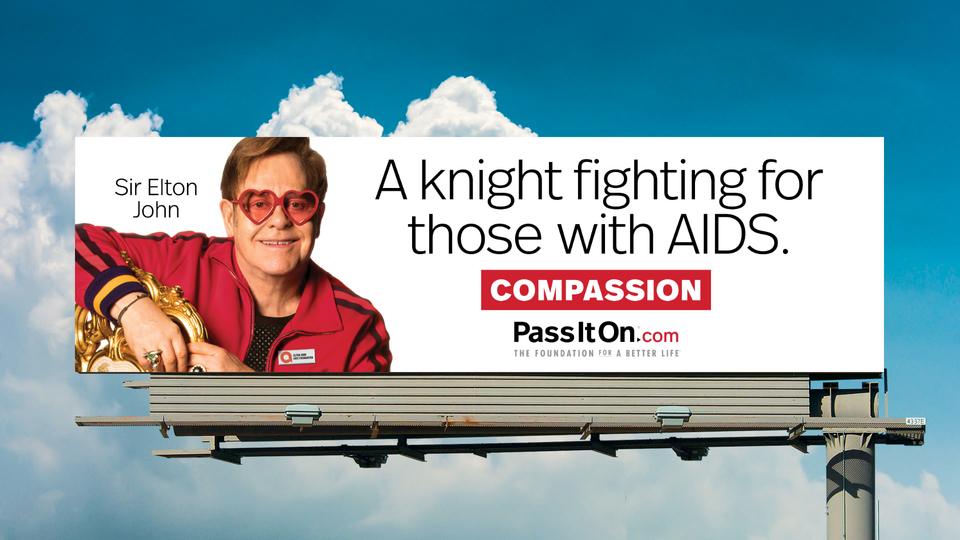 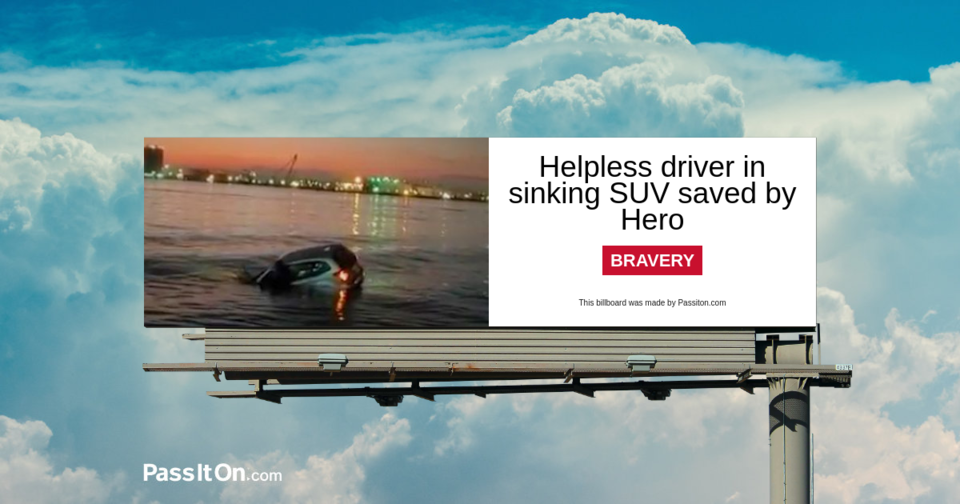 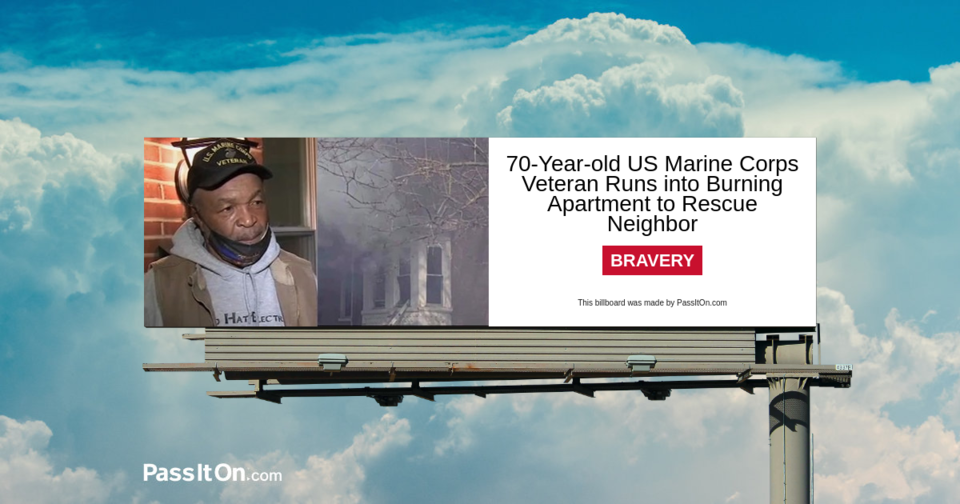 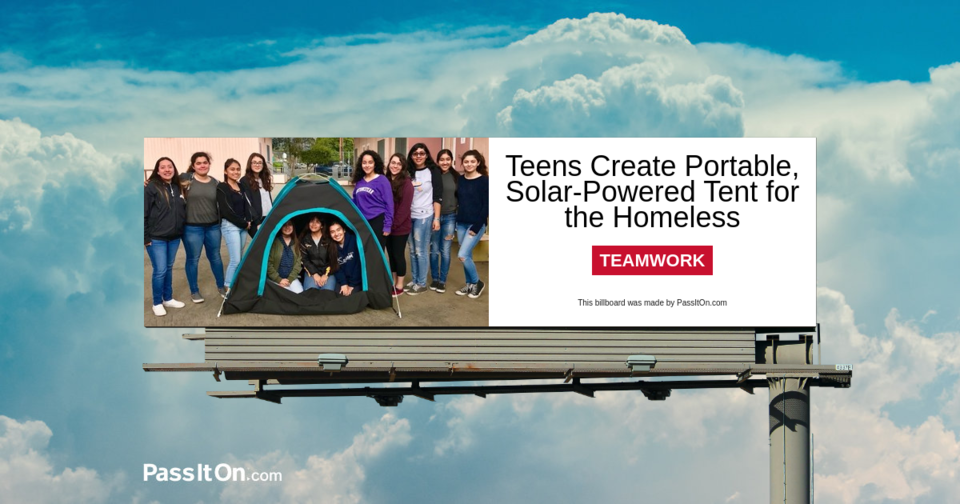 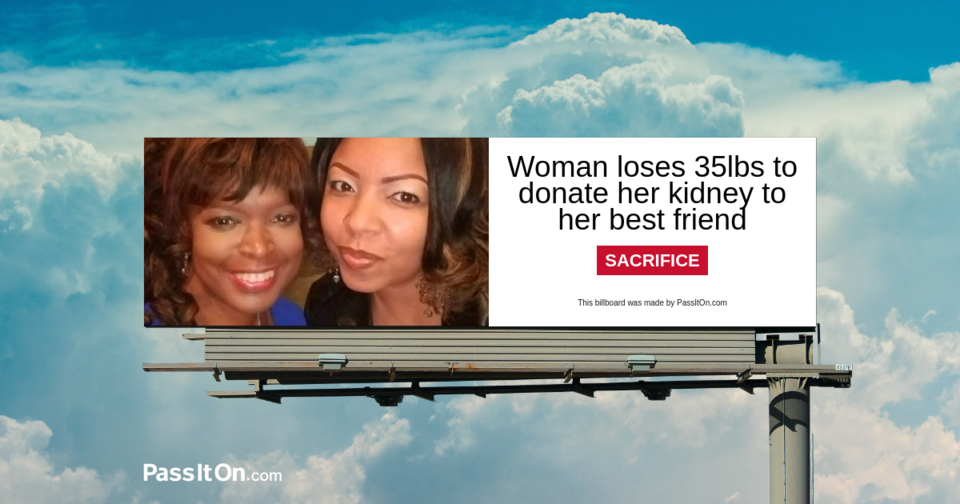 Woman loses 35lbs to donate her kidney to her best friend 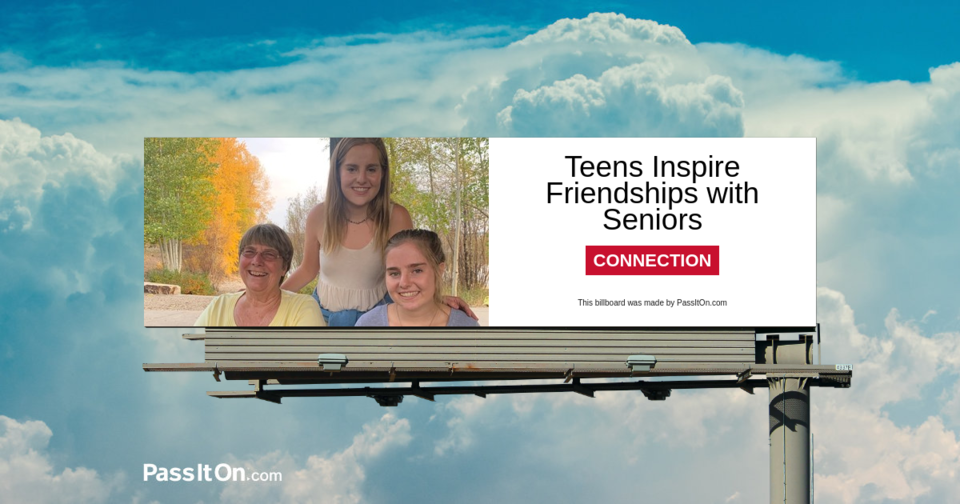 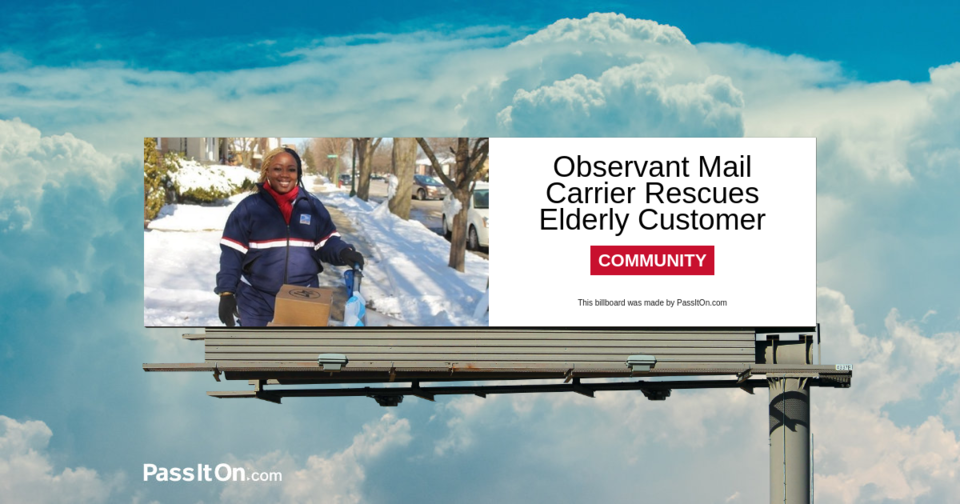 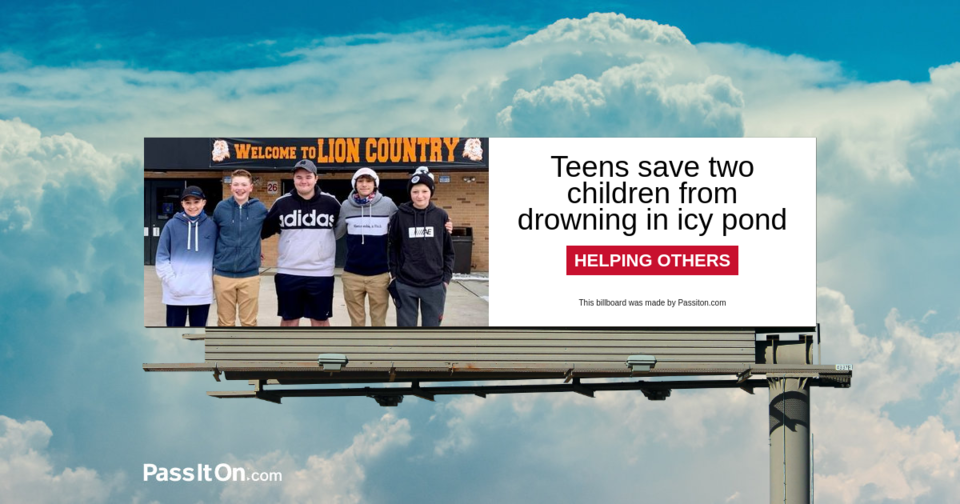 Teens save two children from drowning in icy pond 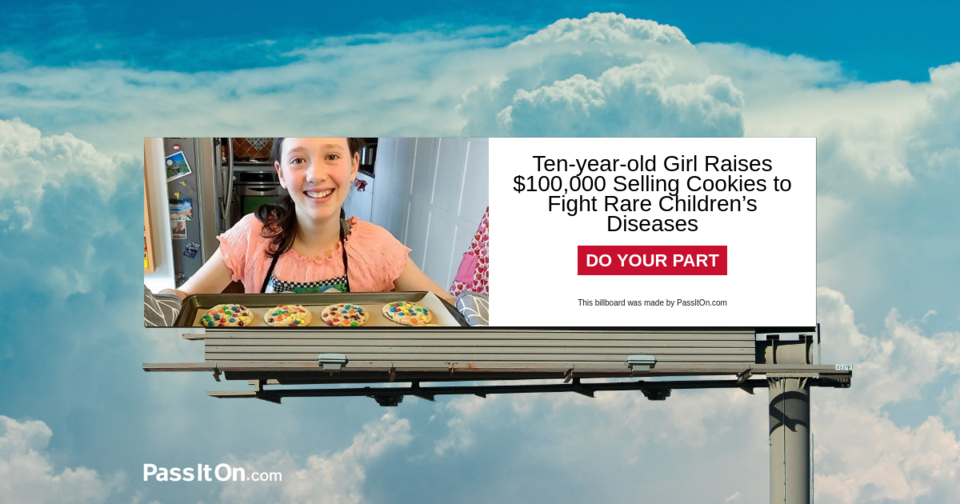 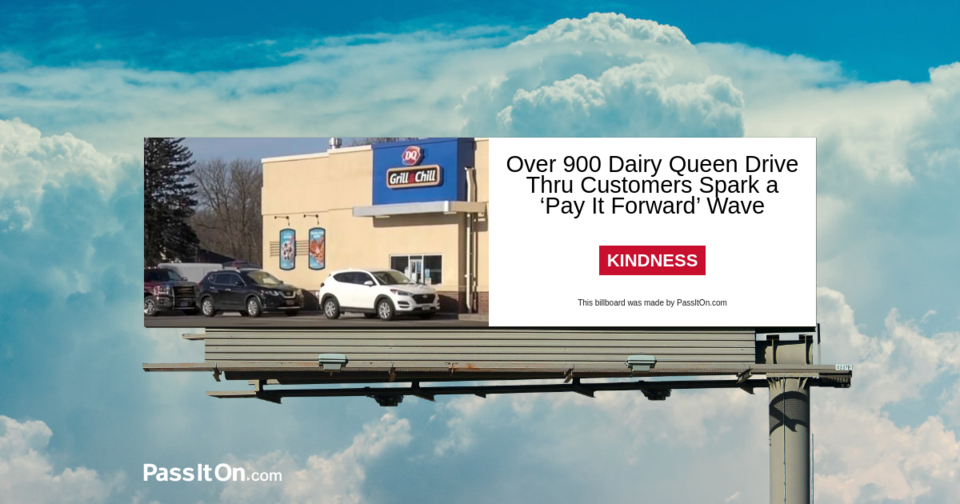