Explore the value of Leadership 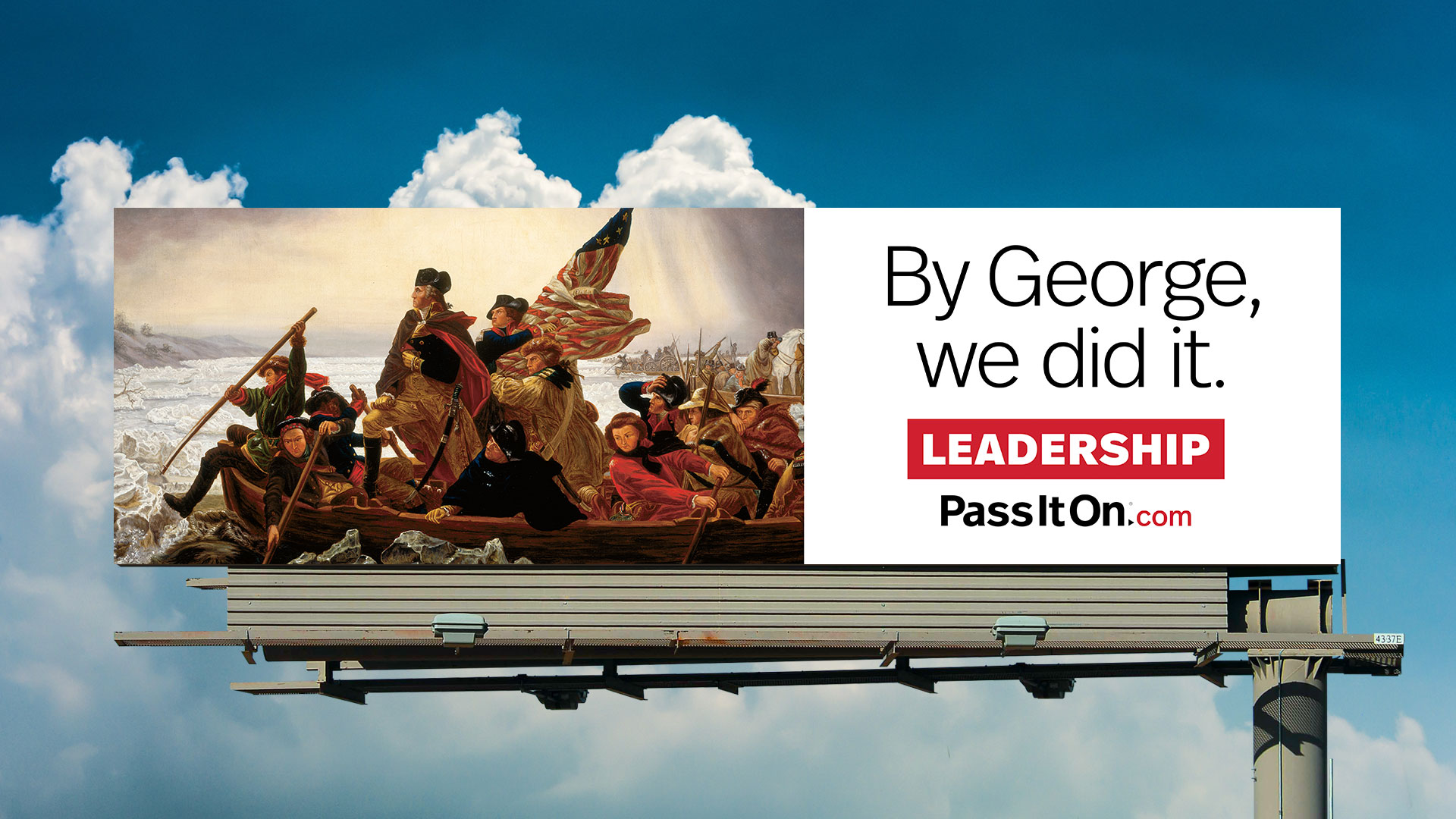 Our national billboard campaign features positive role models and uplifting values including leadership. Since we started in 2000, we've made over 70 billboards. Which one is your favorite?

Diane from USA MAY 8, 2012
In order to lead, others must follow. I won't follow anyone who takes credit, but not blame.

Gerald T. from UpState NY APRIL 24, 2012
Anyone can be placed in a Leadership position... but that doesn't necessarily make them the Leader. True Leaders are granted Leadership by those that TRUST them.

Bruce Willingham from Warner Robins Ga MARCH 1, 2012
Leadership is influencing others toward a better future.

Logan from Kent, Washington SEPTEMBER 3, 2011
A leader is not one who jumps at a chance to be first, a Leader is one who jumps at the chance to give everything in their power to guide others through problems whether those same problems be thick or thin.

Stephen P. from Syracuse JUNE 27, 2011
True leaders are not those who strive to be first, but are first to strive and give it their all to envision the power of the team. By the strength of the leader, the power of the pack is unleashed.

Fir :) from Pennsylvania FEBRUARY 25, 2011
Leadership is like a battlefield. You have to fight for it.

Dave H from SC OCTOBER 1, 2010
A good leader respects those with whom s/he works, fosters participation, growth, loves the people and genuinely shows respect for the people they lead. A leader listens to advice of others and stands by decisions. But when wrong, readily admits mistakes, learns and acknowledges errors. And good leader stands faithful to core values that should be followed without exception regardless of the outcome.

Darlene from Cleveland, Ohio AUGUST 7, 2010
True leadership starts from the bottom, learns the structure, motivates others, and leads by example.

Steve (Roto) T. from Bristow, VA JANUARY 13, 2010
Real leadership manifests itself in the person who motivates a follower to do something s/he would not ever do in the absence of the leader, and GREAT leadership moves that follower to do virtually anything the leader asks, to the extent that self becomes secondary to both the follower AND the leader. And, when acting in that context, combining those actions with a noble and ethical objective, civilization moves forward and all of humanity benefits from a reinforcement of decency.