Explore the value of Sportsmanship 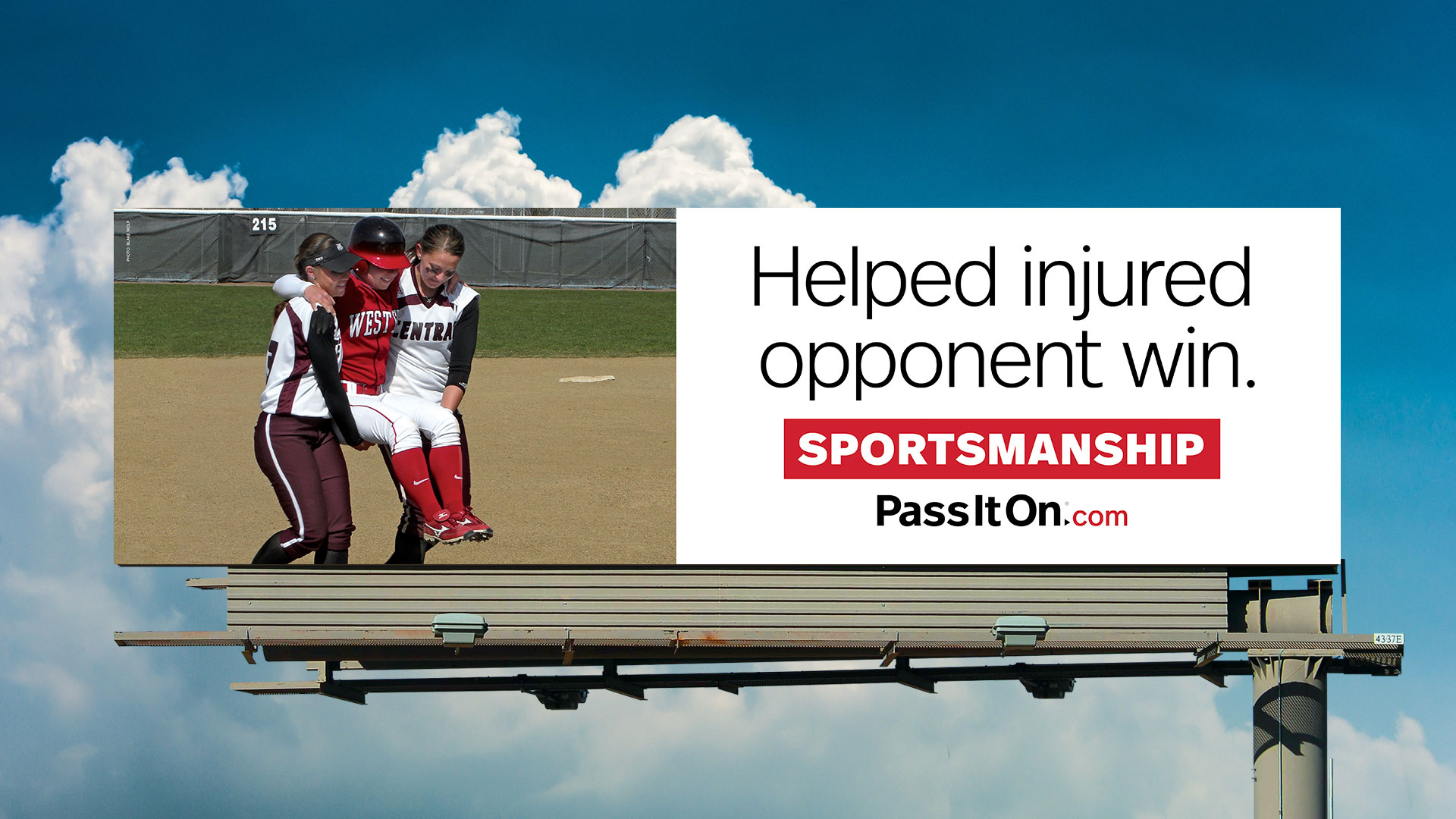 Our national billboard campaign features positive role models and uplifting values including sportsmanship. Since we started in 2000, we've made over 70 billboards. Which one is your favorite?

Email
Your Comments
Bucky from Bullard,Tx OCTOBER 17, 2016
Sportsmanship, Pass it on.

Ariel from Wisconsin OCTOBER 25, 2013
Watching this commercial right now as I type on my home TV. I enjoyed it immensely. I wish I had learned this lesson more while in HS sports.

pete from ard OCTOBER 3, 2013
strikes goes to the glove

John from Canada APRIL 2, 2013
Pain is temporary, pride is forever. Don't sit and complain about losing that game, be proud that you were able to compete and respect the other competitors.

Austin from pennsylvania MARCH 27, 2013
Life is too short to care about winning or losing. It doesnt matter, life is too valuable to waste so just live your life to the fullest, live like you were dying.

austin from pennsylvania MARCH 22, 2013
Life is to short to care if you win our lose.

precious from bristol pa MARCH 22, 2013
I think sportsmanship is good because it makes people feel good even if they lost and a team wins it's always good to encourage somebody!

Austin from pennsylvania MARCH 22, 2013
No one likes to lose but it's part of life.

Austin from Tennessee MARCH 22, 2011
When you are playing a sport always remember you will always be a winner no matter if you are loosing the game or winning. As long as you are having fun, you all are winners.

Alex,H from Sanfrancisco,Ca OCTOBER 7, 2010
I'm just a kid doing his homework, but while doing my homework I realized that this is a really great website. I might become a big fan.

B Smith from Muncie, IN JULY 7, 2010
I've seen many of the value commercials and I love them all. These may be the only character building some of our children ever get to see. Thank you Foundation for a Better Life.

Randy N from Blaine MN. MARCH 17, 2010
Sportmanship is not only for sports. It is human nature when having done something stupid we think how can I spin this in my favor but most can't live with a lie and will own up and you feel better and build a realationship of trust.

Richard D. from Long Island, NY OCTOBER 14, 2009
Hi - I was very encouraged to see the billboard along 7th avenue in NYC referencing sportsmanship! Although I am a Physical Therapist, I had to stop working at this profession due to a chronic back injury. I started a business that spotlights sportsmanship. Although it is a passion of mine, it is slow in gaining recognition. Thanks!