Explore the value of Commitment 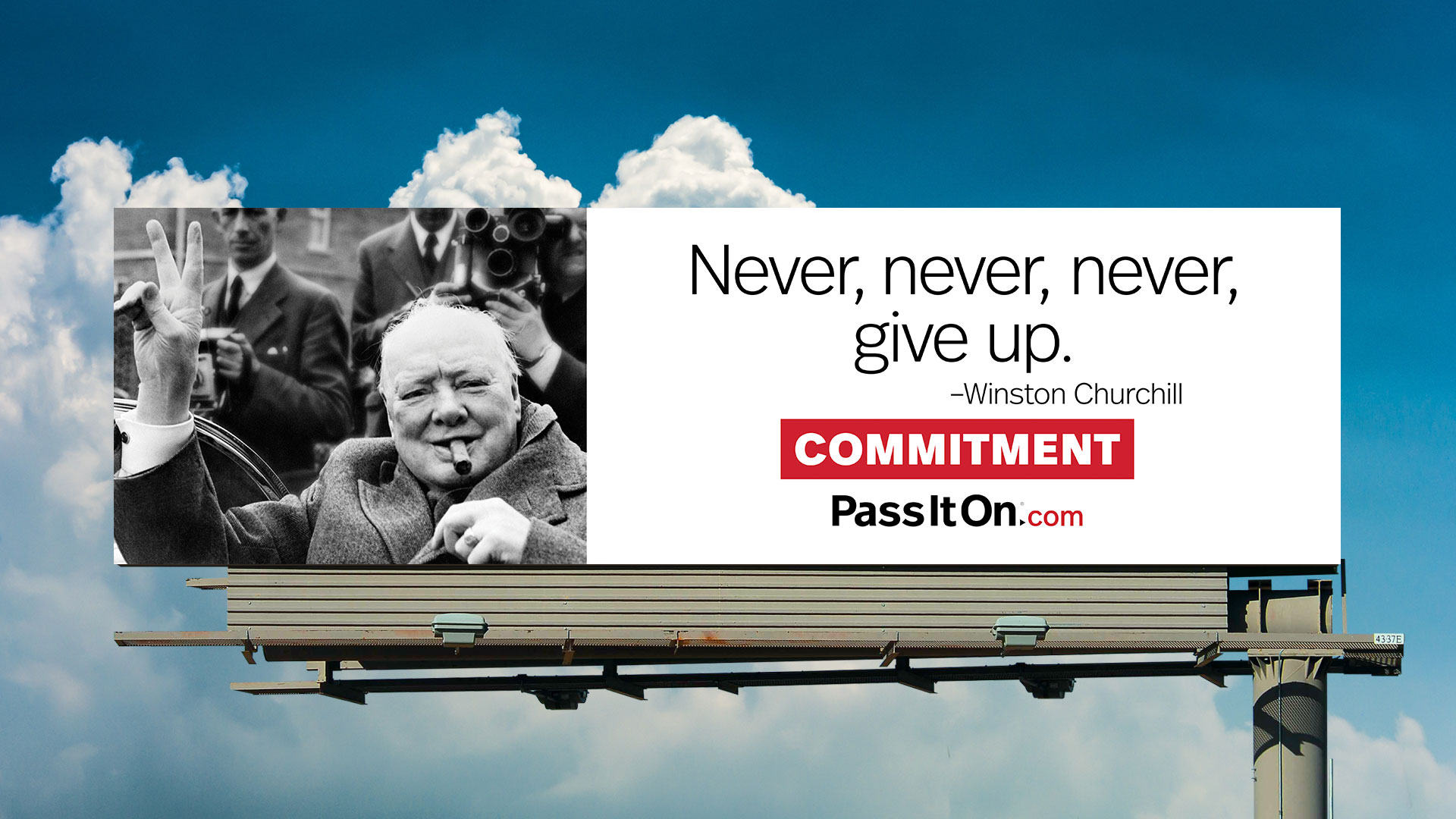 Our national billboard campaign features positive role models and uplifting values including commitment. Since we started in 2000, we've made over 70 billboards. Which one is your favorite?

Email
Your Comments
NULL from NULL FEBRUARY 27, 2015
I am full of hope to see a site like this to encourage such a powerful message. Let us commit to understanding one another and allowing each other to live with an acceptable level of freedom. I am committed to my children knowing good from bad and value goodness. In today's world they need to be kind but capable.

Andrew Moreno from Ohio FEBRUARY 7, 2014
Imani is my hero because she saved me from commiting suicide two years ago. Because of her I met my beautiful wife and now we have 2 amazing little girls and we love them to death.

Sheldon Shaffer from Bowling Green, KY FEBRUARY 16, 2013
As a part-time musician, I had told my wife that I would alternate using gig pay to buy musical equipment with contributing to family expenses. There was one piece of equipment I really wanted and I got paid well at a show last night. I realized I had used the last show's pay for equipment, so I steeled myself up and donated to an upcoming family trip instead. Because this was hard, I know I have a lot of work to do to become a good person. But that's what I want to do.

Irfan khan from Jammu & kashmir SEPTEMBER 9, 2012
I really like it.

Bruce Willingham from Warner Robins, Ga JULY 10, 2012
Commitment is to press through till we see it happen.

Alvin R Hanson from Garden Grove, CA. JANUARY 17, 2012
I am commited to raising my four children to always be in awe of the beautiful ways of God. My four young children have gone through a lot in these past 8 years. My former problems, moving from Texas to california and there has been little to no complaining and I thank God that before and during these hard times I have seen that bringing them up in the right way is paying off. We aren't where we want to be, but we are far from where we used to be. Two years clean, with my mind stayed on my Savior, and my heart full of His love, I truly NOW lead by example. Sincerely, Commited Daddy-Son-Friend