Explore the value of Believe 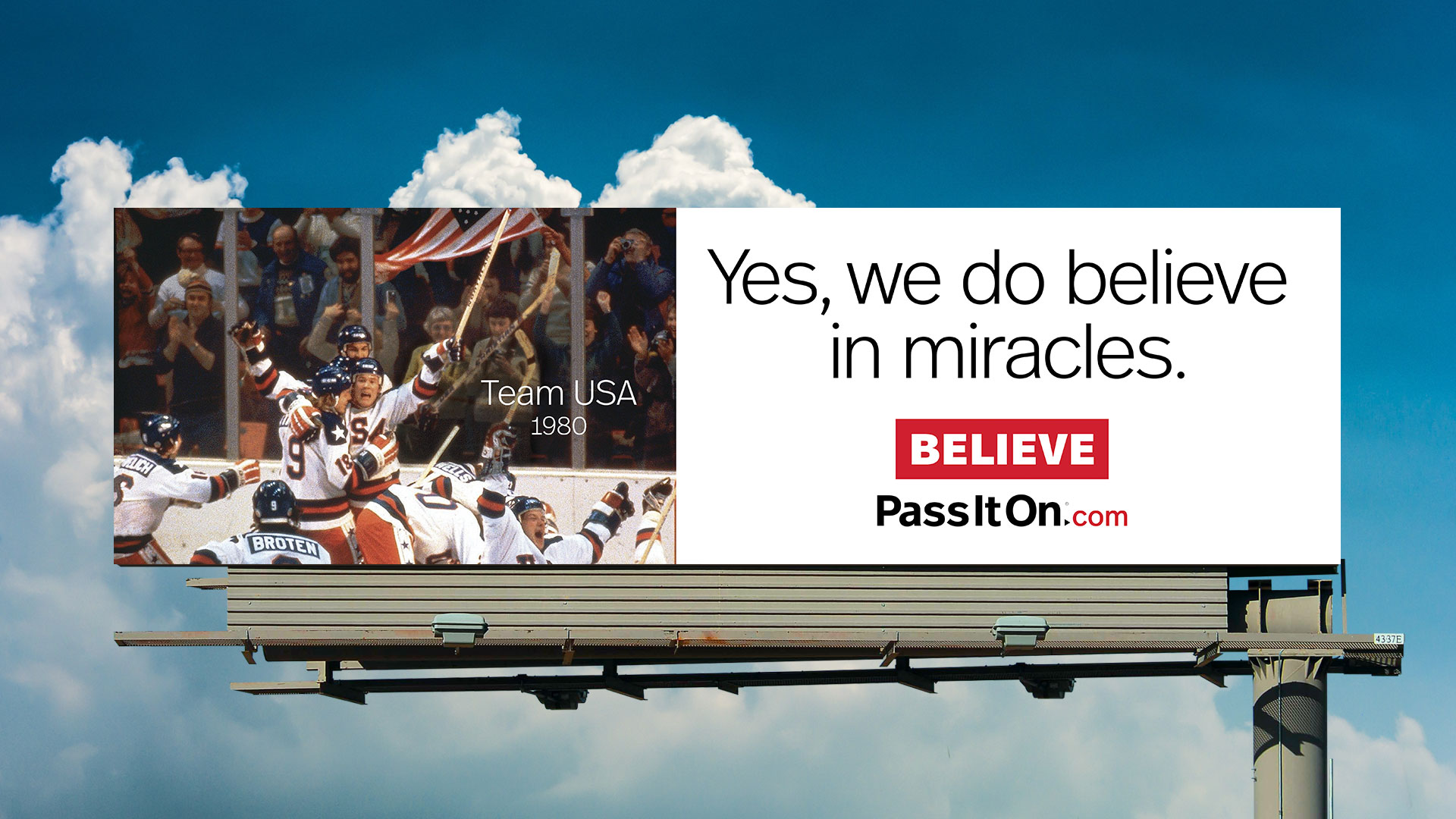 Our national billboard campaign features positive role models and uplifting values including believe. Since we started in 2000, we've made over 70 billboards. Which one is your favorite?

Email
Your Comments
Jim from Daytona Beach, Florida JANUARY 26, 2016
Belief is never blind; It is convinced.

tyler from new jersey SEPTEMBER 14, 2015
this is coool

Anderson from Colatina, ES - Brasil JULY 8, 2013
Creio em Deus e no tempo. I believe in God and in time.

Bruce Willingham from Warner Robins, Ga MARCH 10, 2013
To believe is to do!

Haley from Priebe rd. pem. DECEMBER 1, 2012
My teacher shows us videos on values.com.

shireen tharia from tanzania OCTOBER 24, 2012
lol..guys your comments helped me on my project!!!

Jeannette from LBC  MARCH 14, 2012
I believe that any person who strongly believes will achieve and prosper in life. but you have to believe within.

Debbie Paulsen from Hogansville ga NOVEMBER 12, 2011
"The person who is in love with their vision of community will destroy community. But the person who loves the people around them will create community everywhere they go." ~ Dietrich Bonhoeffer

Mrs. Darragh Cheleden from John Muir High School AUGUST 10, 2011
" Nothing is achieved without believing in yourself...." One of my favorite teachers and she believes in everyone. Ms. Saxton said it best when she said this teacher believes any student can be great!!! I know both of them are correct!

DellaRose from Cali APRIL 3, 2011
To believe is the first step towards anything

Kat from Katy  JANUARY 1, 2011
Maybe you guys should do a TV spot where it is based on reaching out. You could show a brother playing with his friend. The sister wants to play with them, but they say no. Then the older sister comes along to the sad sister and invites her to play.