Explore the value of Unity 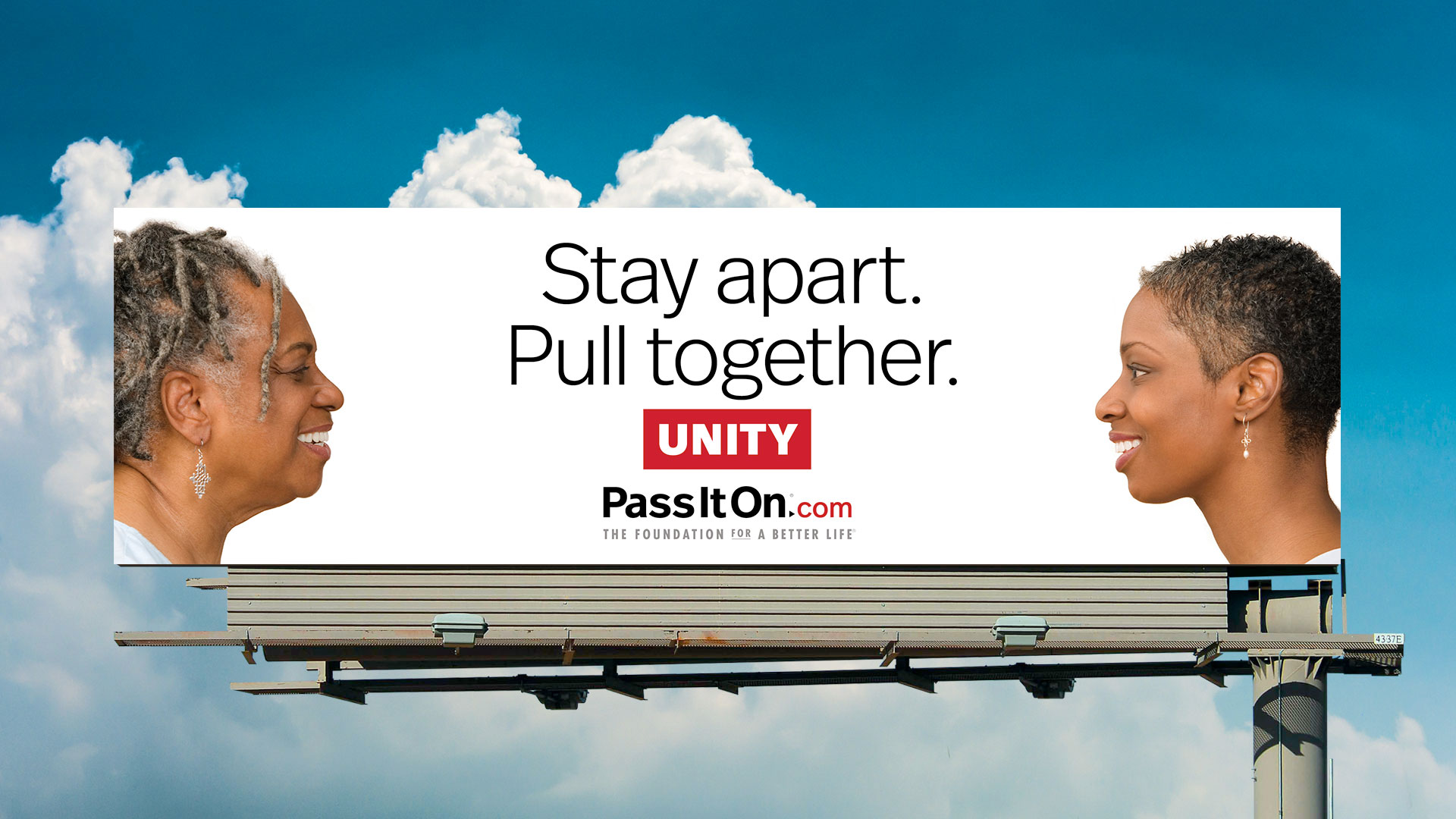 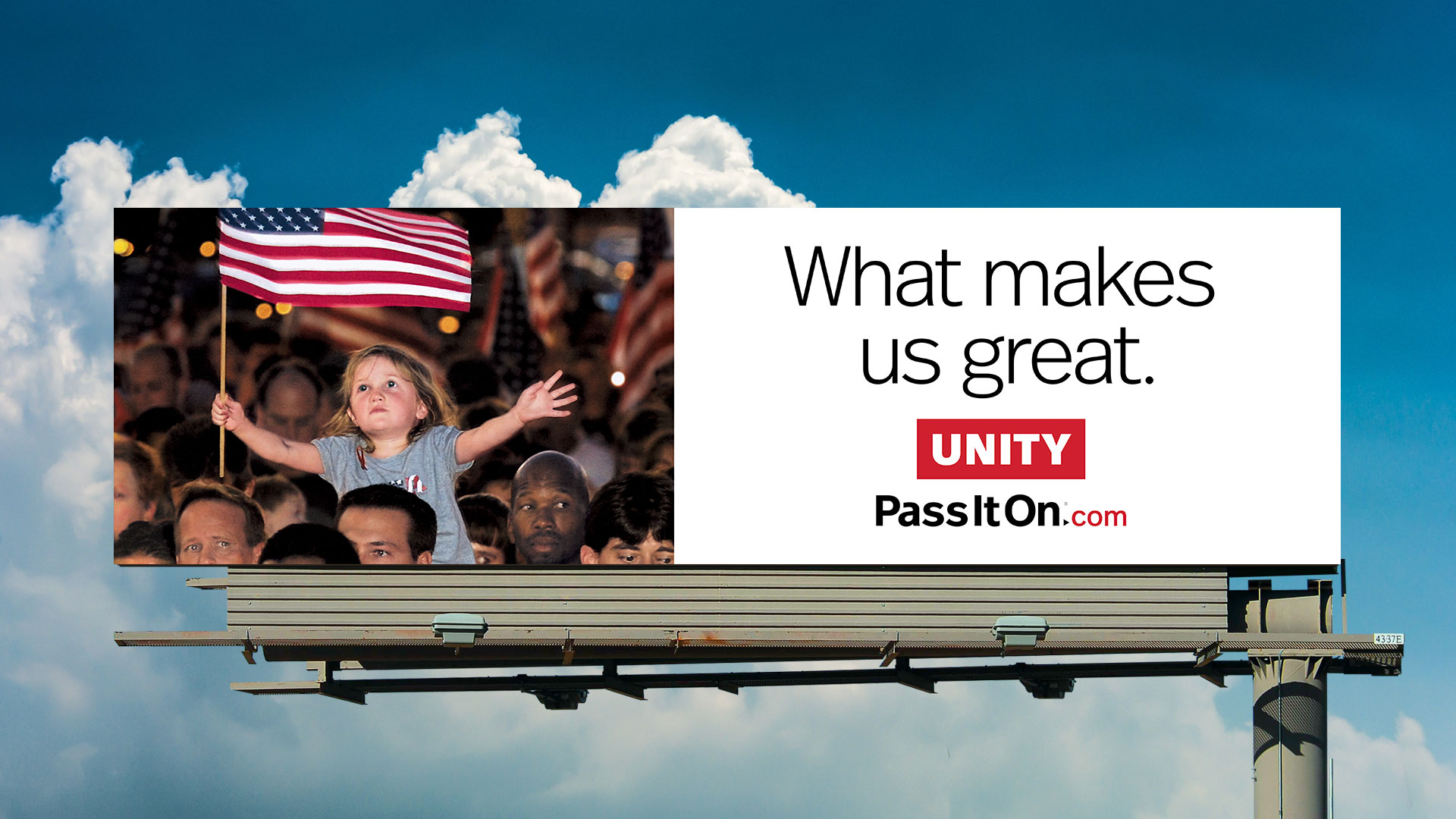 Our national billboard campaign features positive role models and uplifting values including unity. Since we started in 2000, we've made over 70 billboards. Which one is your favorite?

iyauna from Alto JANUARY 15, 2014
unity leads to a victory

Lamia from Doha, Qatar FEBRUARY 26, 2013
“He who experiences the unity of life sees his own Self in all beings, and all beings in his own Self, and looks on everything with an impartial eye.”

Deb Godfrey from Chattanooga, TN FEBRUARY 11, 2013
Escape from the stress and grief...simply Connect!

Bruce from Willingham SEPTEMBER 18, 2012
Unity is oneness that goes forward.

Rick Hunter from Winston-Salem, NC JULY 20, 2011
United, we can achieve anything.