Explore the value of Great Music 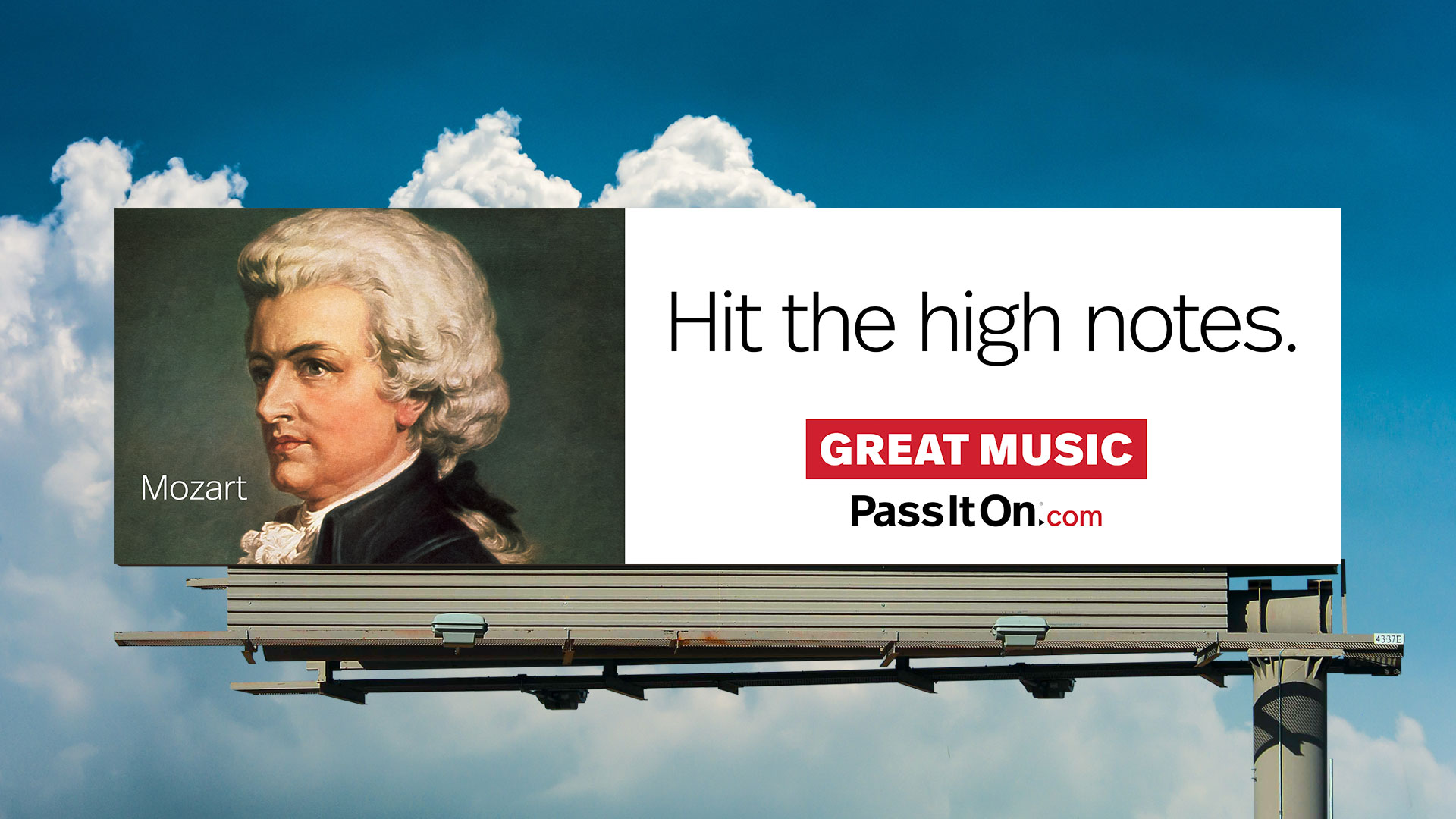 Our national billboard campaign features positive role models and uplifting values including great music. Since we started in 2000, we've made over 70 billboards. Which one is your favorite?

David Who? from Nebraska FEBRUARY 14, 2014
I love all genres. Country, thrasher, screamo, dubstep, hiphop, pop, rap, 80's, 90's...anything really. Music has always been like a friend to me. I could relate to it.

harry knox from london NOVEMBER 12, 2013
lol and i love music and i would like to be like Martin Garrix

Kat from Florida NOVEMBER 4, 2013
My husband and I are folk music singers, and we perform songs that have been in existence in some form or another for hundreds of years! It is the music of the people, of their joys and struggles and ordinary moments. Music is a part of our humanity, an expression of our most raw emotions that go beyond words. I believe music is truly great when it is an honest, authentic expression of those emotions.

Charles Roland Berry from Seattle, WA OCTOBER 3, 2013
Because I have composed symphonies, concertos and string quartets, I have a deep connection to the idea of Great Music. The goal is human joy. Joy is both a perception of and a response to beauty. All Great Music contains beauty, a beauty which is recognized across cultures and across centuries. This is why most Pop Music cannot be considered "Great". Most Pop music is tied to one decade or two decades. Bach's music still gets us going 300 years after it was composed. We can only create Great Music when we look into ourselves, and find joy, and learn to express our joy.

Cynthia Miller from North Carolina FEBRUARY 11, 2013
Just want to know if it is Randy Travis who sings that song in the values commercial Devotion. Regardless. I would love to buy it. I love music that touches my heart and soul. Thank you

Amy Evans from Macomb, MI JANUARY 1, 2013
I love music. I love being at a concert when tens of thousands of people are singing a song back to the artist in unison. It restores my belief that the human race is capable of great and positive things. To me, it is hope personified and exemplified. It speaks directly to my soul and will often bring me to tears; to see so many people act in peaceful unity. Music is such a powerful motivator.