Explore the value of Charity 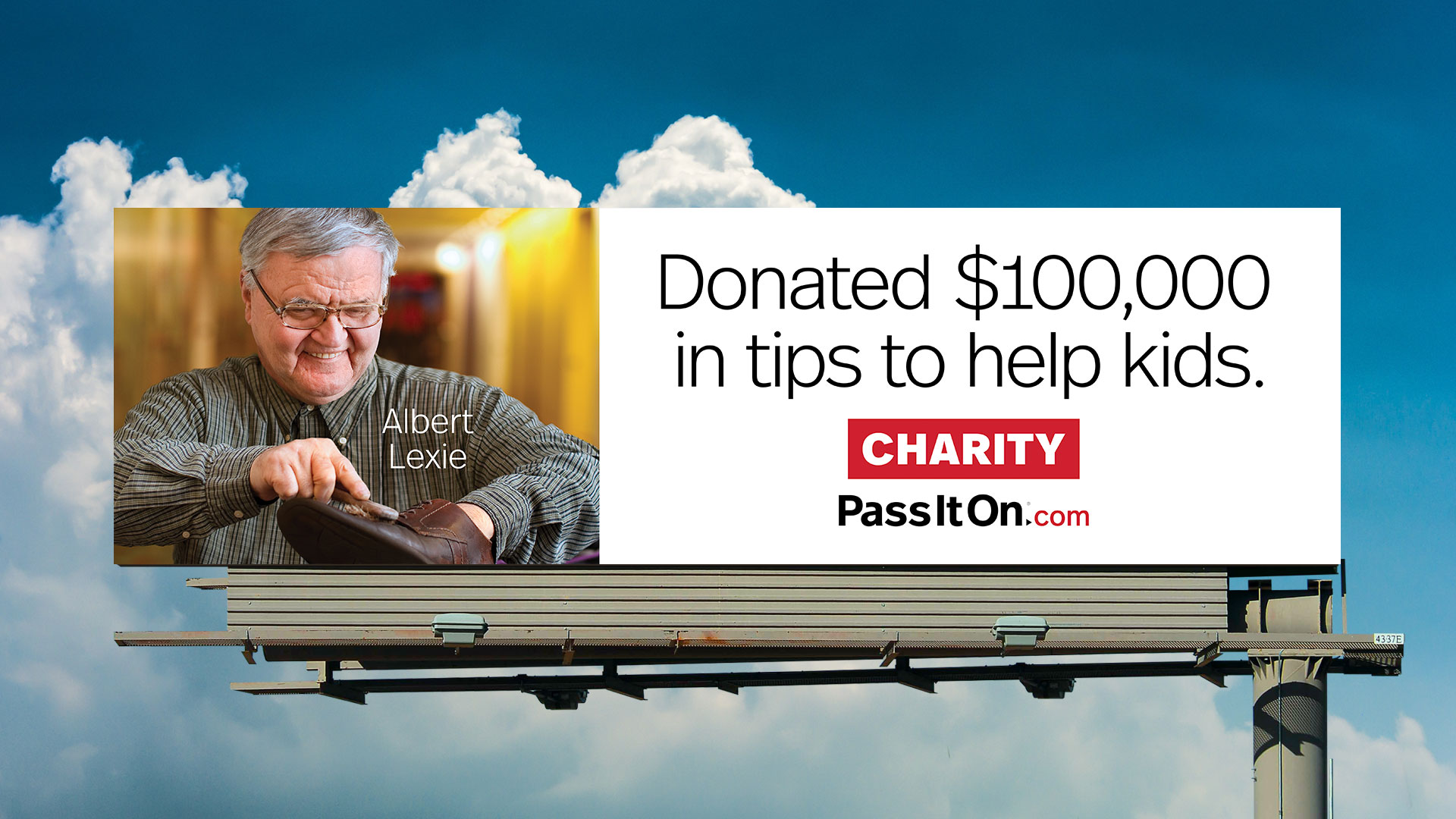 Our national billboard campaign features positive role models and uplifting values including charity. Since we started in 2000, we've made over 70 billboards. Which one is your favorite?

Email
Your Comments
NULL from NULL APRIL 5, 2015
There is so much god one person can do. I figured, if I woke up this morning, there must be a live to improve - even if it is only my own. I had a stroke and was laid off from my work- now I run Empty Bowl Pet Food Pantry Disaster Services that gave $665,000 of product to struggling families in Arizona!

dan from st. louis JULY 27, 2014
It seems the 20th and 21st century has highlighted the need for forgiveness. It is a necessary component in moving on without deepening the wounds that were inflicted.

chesnee from alto,texas JANUARY 10, 2014
i love to do charity

priyanshi from bangkok SEPTEMBER 22, 2013
i also did charity

briteleaf from Portland, OR OCTOBER 10, 2012
Greed is the plague of the 21st century. Giving and sharing with others expands who we are. Having more is never having enough. Share what you have and give. Giving expands us. Having are the chains binding us from merging with our true selves.

uthmahn zheinnab from Nigeria SEPTEMBER 28, 2012
Charity begins from home and a good friend is cheaper than therapy.

joseph p.martino from millburn,nj AUGUST 23, 2011
"your conscience teaches your mind how to think. your heart how to feel. your soul how to obey and most importantly your body how to perform extraordinary acts of charity and kindness toward your fellow man."

Michael Hicks from Waco, Ga. U.S.A. MARCH 2, 2011
After visiting Australia and New Zealand a few years ago, I want to do something for these people who have gone through so many natural disasters: floods, earthquakes, etc. The people from these two countries were very polite and courteous of American tourists. I believe what goes around comes around. I want to make a financial donation to the people of Queensland, Australia and Christchurch, New Zealand. Let's give a helping hand to our good friends "Downunder"!