Explore the value of Optimism 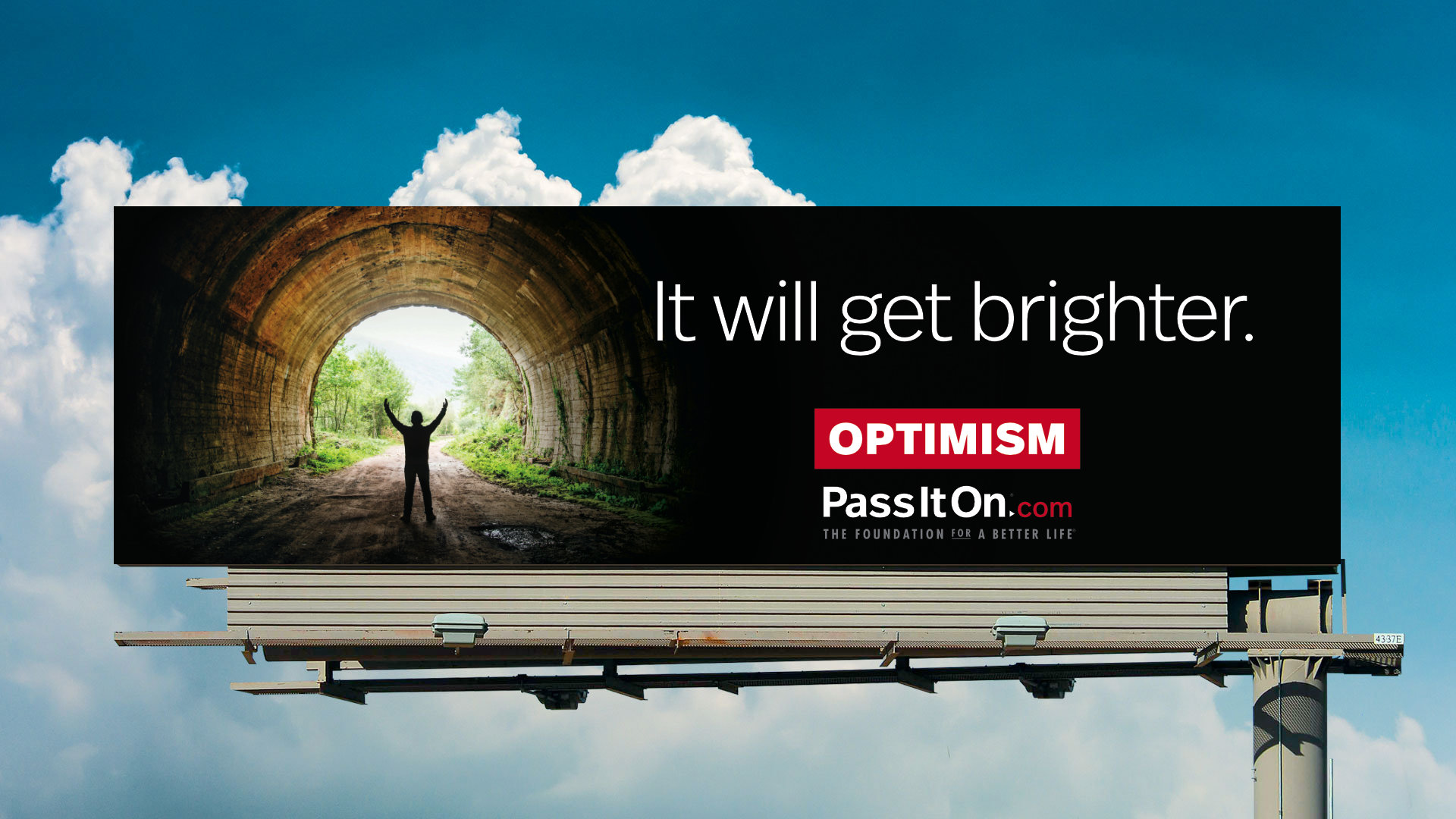 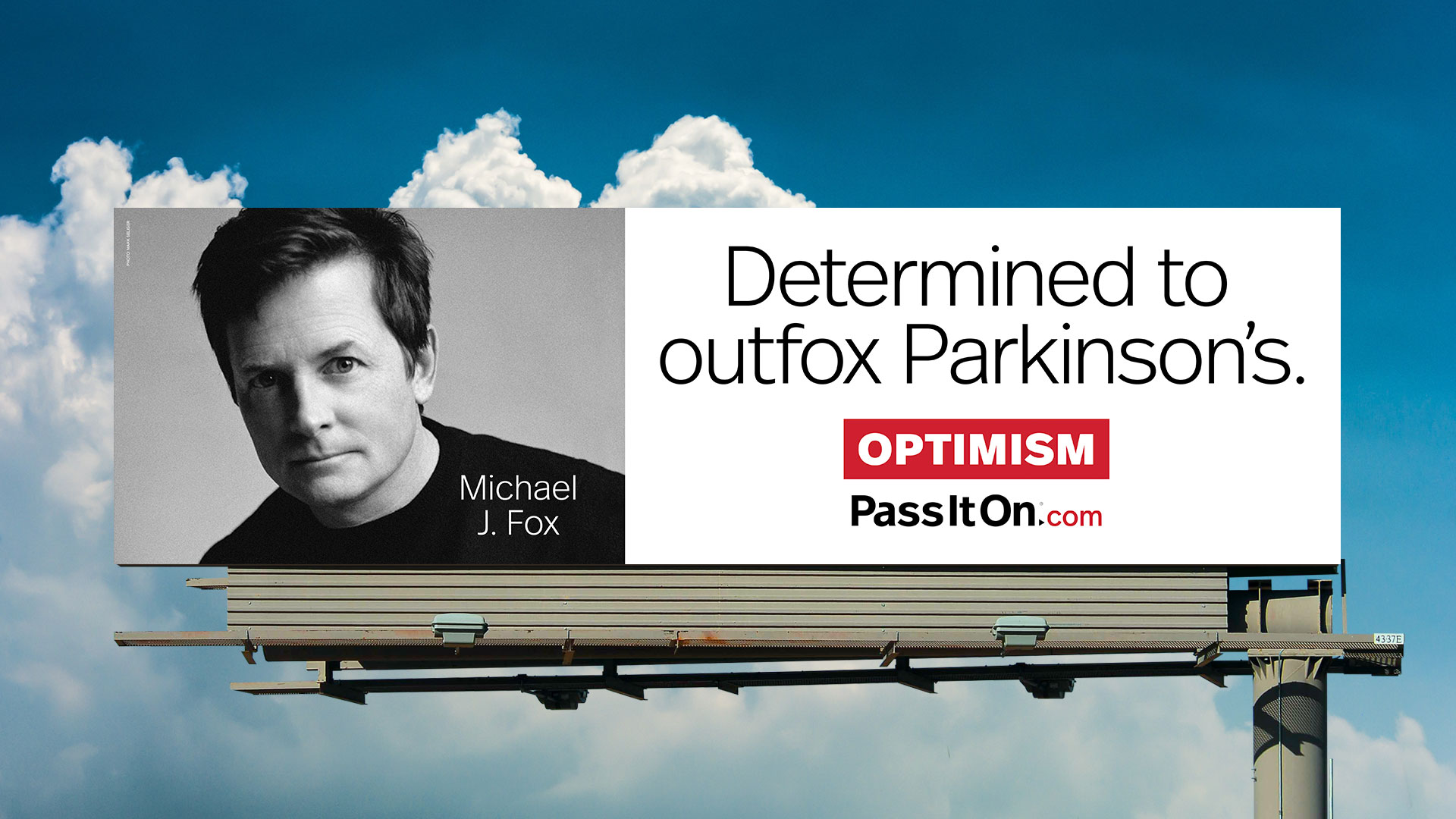 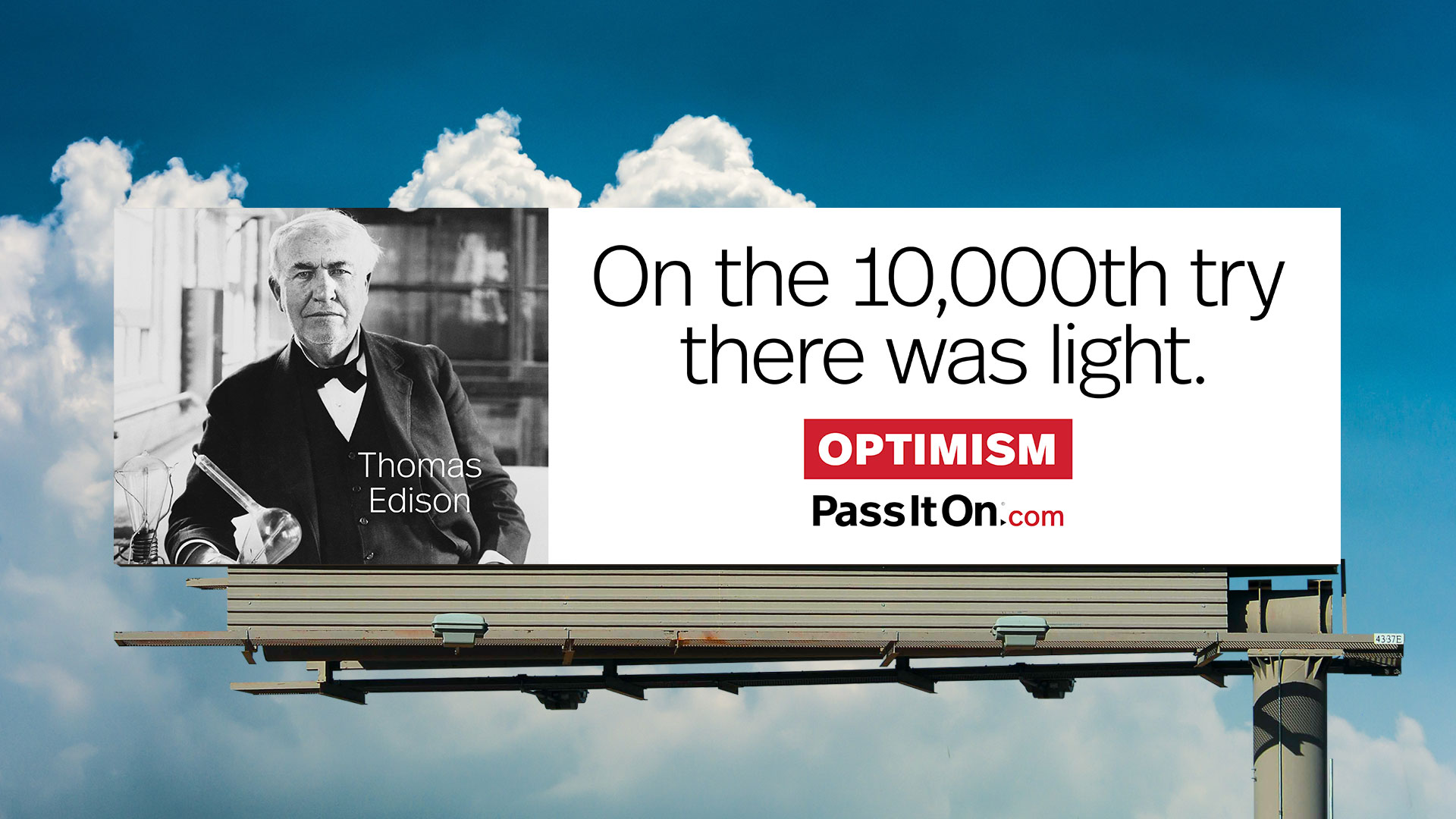 Our national billboard campaign features positive role models and uplifting values including optimism. Since we started in 2000, we've made over 70 billboards. Which one is your favorite?

Email
Your Comments
OLGA QUIROS from TUCSON AZ AUGUST 20, 2014
WE ALL NEED TO BE OPTIMISTIC AND FAITH FULL TO BE ABLE TO DEAL WITH THE CHALLENGES OF EVERY DAY

Ayesha Belaal from Karachi Pakistan MAY 14, 2014
u r doing a wonderful job..

Emory from Georgia NOVEMBER 13, 2013
Life is full of Optimism, when life is up and down at the same time and you see that you like something and you can do it right. You find out in the same sport, or something fifteenth about it.

Joe from Barre, MA NOVEMBER 13, 2013
Been a fan of your inspirational emails and website for about a year after seeing your TV commercials. Saw my first billboard in person today on Rt. 291 in Western, MA today and it made me smile! Thank you!!! :)

kevin from south carolina SEPTEMBER 27, 2013
I love this site. I wish it was a t v station so more people could be exposed. i'm glad that i investigated your ad. Thank You.

Tony from New York SEPTEMBER 17, 2013
"Keep trying, work hard and never give up"

Song muna from Nairobi kenya AUGUST 7, 2013
Me too I won't give up til the end! Thanks for that motivating

Skip from Huntress JULY 16, 2013
"Life is either a daring adveture...or it is nothing" Helen Keller

Charmaine shadi Tlhapane from South Africa,Gauteng,Kelvin MAY 9, 2013
I have never been so inspired or motivated...this website keeps me driven and helps me in many aspects of my teenage life...''The pessimist sees the difficulty in every opportunity

Diane from California MARCH 3, 2013
This is my favorite quote. It is all about optimism... "The probabilities are awful, but the possibilities are marvelous." Joseph Allen Stein - Architect 1912-2001

Betty SCOTT from ARK FEBRUARY 3, 2013
'Gratitude' should be added to the value list. As a way of life, my spirit is renewed daily. Thanks

Jim Ewart from Vernon JANUARY 27, 2013
"The Greatest", What a great comercial. I bookmarked your webpage and will check out the rest.

Sandi from Arizona JANUARY 19, 2013
Faith is the bird that feels the light when the dawn is still dark.