Explore the value of Live Your Dreams 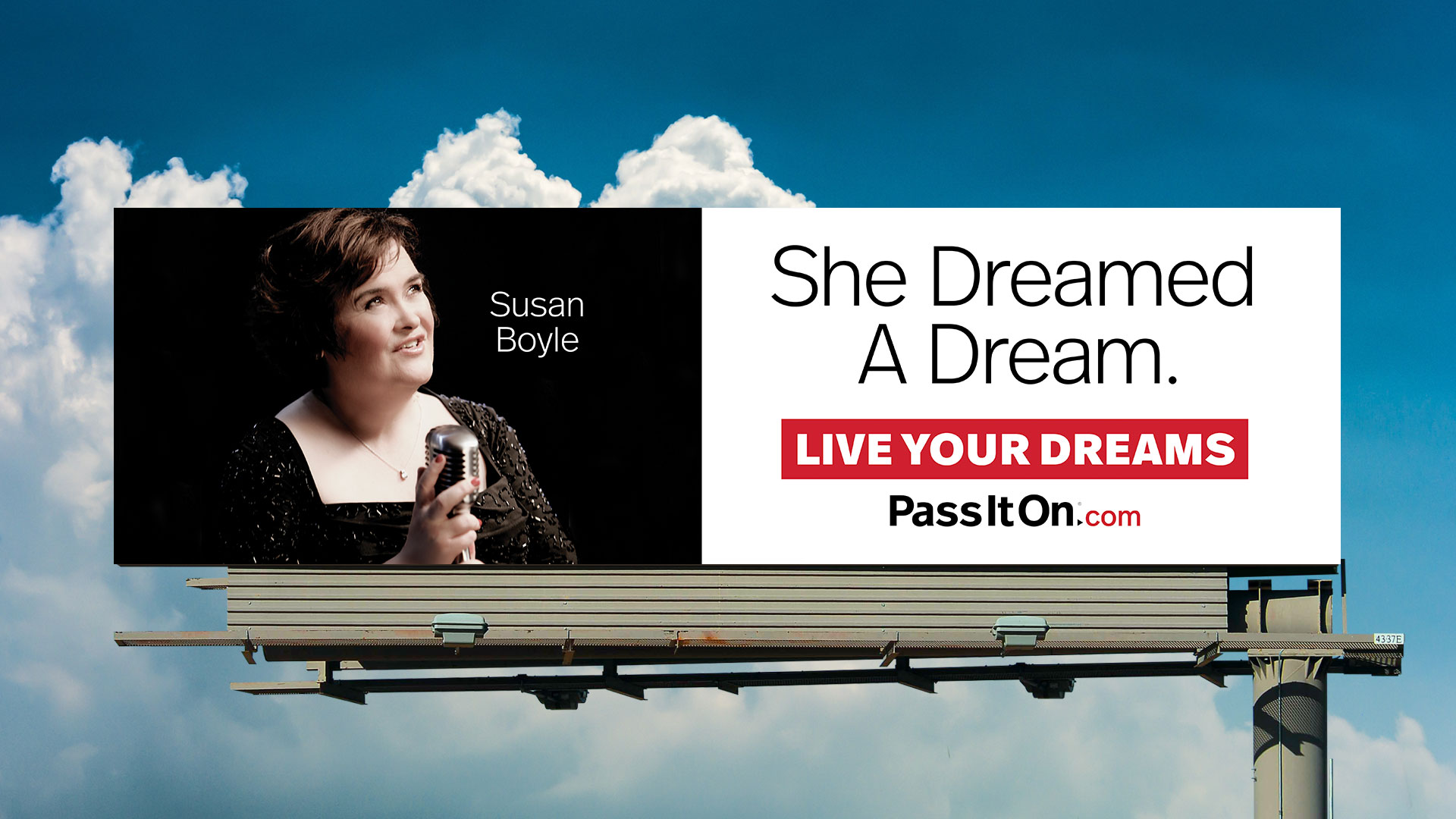 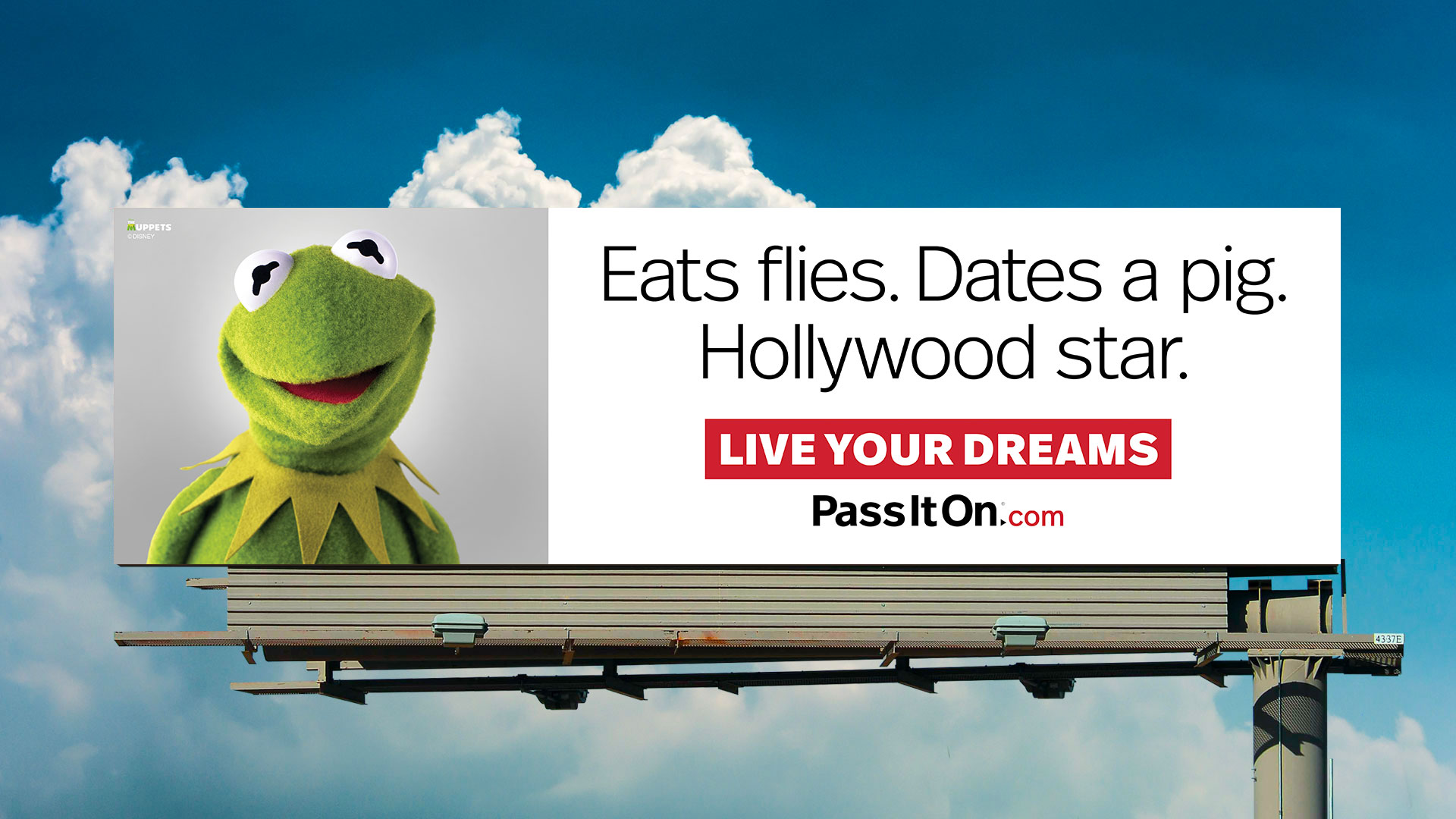 Our national billboard campaign features positive role models and uplifting values including live your dreams. Since we started in 2000, we've made over 70 billboards. Which one is your favorite?

See All Inspirational Quotes Subscribe to Our Daily Quote Email
Here are some stories about everyday heroes who show 'live your dreams'.

Ryan A Always capturing every moment and never setting his video camera down, Ryan is consistently pursuing his passion. In knowing this young man for six years he has always had a love for filming. On Friday nights when the student body is looking forward to the big game, he has other plans in mind. Instead of cheering...
SUBMITTED BY ANONYMOUS Read Story

Awakening Young Minds Please take your time and listen to this powerful and inspiring message from a 20 year old that talks about life's purpose. Very inspiring & powerful and could change a lot of peoples vision on life. https://www.youtube.com/watch?v=E6oI4qpo2BI
SUBMITTED BY KENNETH Read Story

Dreams Do Come True As a child, my parents, by their example, instilled in me a love for reading. I dreamed of being a writer but the pursuit of dreams was never discussed or encouraged - leaving me to write in secret in my room. Life progressed, however, and an interest in interior design surfaced in my teens. However, at my...
SUBMITTED BY ANONYMOUS Read Story
Where did your values come from?

Email
Your Comments
lea woodley from south korea OCTOBER 1, 2015
i want to be a writer, co-host, actress

Stephen Mark from Canton, GA USA JANUARY 5, 2014
I can think of one really special person that touched many lives through his music, however his untimely and early death was saddening. This person is israel-kamakawiwo from Hawaii. He redid the song "Somewhere Over the Rainbow" against all odds. Many people like him would have shyed away from the public eye, but not this young man - bless his soul. His voice, his skill made him famous, and wonderfully- the world looked past his heavy weight stature. It is a wonderful thing that people accepted him for who he was, not how he looked. Something that happens around the world every single moment, second, minute, hour, day, week, month, year, decade. It shows, we all can be less judgemental of persons if we open our hearts and souls and truely get to know a person, in person - not just on a computer or TV. His legacy to me is that there are NO BOUNDARIES TO WHAT A BEING CAN ACCOMPLISH IF THEY ARE WILLING TO IGNORE ALL THE NEGATIVITY DIRECTED AT THEM. That being said, I can personally speak from real life experiences. His song would make such a heart felt and touching impact across many generations. For the many people that have left remarks stating "I want" as the first words need to think, do they really want to do what they claim, if yes, all that is needed is ACTION. A desire or goal is nothing without the ACTION to take steps towards the want. If youd like more fresh perspectives like this, please let me know and the time will be made to better this world and all our relationships. Best, Stephen Mark

Bruce Willingham from Warner Robins, Ga SEPTEMBER 28, 2012
Dream then do.

Arthur from WY JUNE 15, 2012
I want to go on a journey across the USA by foot, and write about my experiences. I don't care if the book doesn't sell, but just that someone else will read it and want to experience life differently.

sabra from sacramento JUNE 13, 2012
I want to be more compassionate towards people.

Ricky White from Decatur, Al MAY 18, 2012
I want to own my own business within the next year.

Laura from MI NOVEMBER 2, 2011
I am blessed to have overcome severe mental illness and obesity. I am now a triathlete and half-marathoner. I am 'paying it back' in my new career as a Life Coach and Biblical Lay Counselor. I am indescribably blessed to be a part of helping people find freedom from unhealthy emotional patterns. I am living a big part of my dream.

Sabrina from College, USA SEPTEMBER 13, 2011
I want to prove to everyone that I'm someone worth talking to, someone who can do anything! Someone successful! :D

Dude from Canada MAY 24, 2011
There are 3 ingredients in living a good life: Live as much as you can, Love every second of it, and Laugh for the hell of it!

Elile from Asaba APRIL 9, 2011
I want to learn to always think positive things of people

Jacob LeVeque from Clarksville, TN APRIL 6, 2011
There's a point in life where you'll have to make either an excuse or be a legend, so why not be legendary?

Eboojor from Asaba, Delta State FEBRUARY 25, 2011
Just want to make difference by using and meaning less of I, my and mine. And more we, us and them.

Dylan R from kenp TX JANUARY 27, 2011
live your dreams and don't let any one tell you different

Paul P. from Charleston, WV JANUARY 27, 2011
I want to learn to love everyone and look at their positives rather than the negative side. I want to be a positive influence in every life I touch.

Christina from Colorado JANUARY 9, 2011
I want to donate and volunter for as many animal Rescue and conservation groups as I can.

Jan C. from Washington JANUARY 1, 2011
How do you live your dream if the person you live with doesn't want to do anything let alone what you want to do?

Jessica Astrid from Jakarta, Indonesia NOVEMBER 7, 2010
I want to join international humanitarian organization, before I die, and serve those people who need help ...

Melanie Y. from Dallas, TX SEPTEMBER 29, 2010
I want to find and fulfill my purpose in life.

Marion M from Seneca, SC SEPTEMBER 14, 2010
What happened to the "I hope you dance" video?

clinton h from st pete fla AUGUST 15, 2010
Living life without a vision and a God-given dream is like a bird without wings.