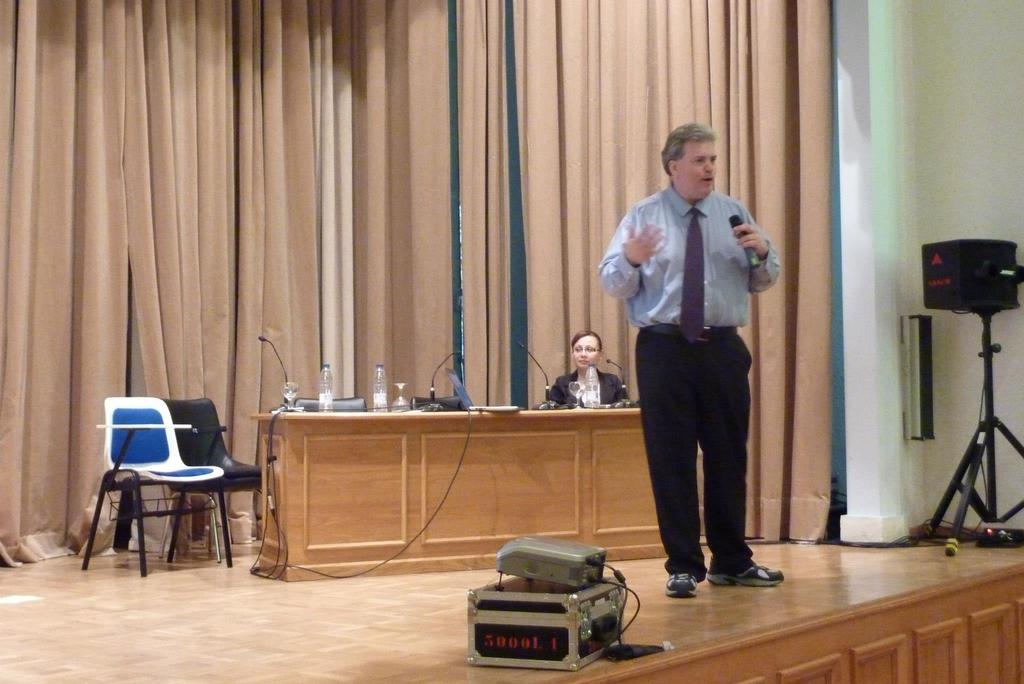 I nominate Thomas Exler for the My Hero for Values.com. Thomas is a compassionate, dedicated man who volunteers both locally and nationally for several organizations. The current organizations that he volunteers for include Pittsburgh Ostomy Society, Association for the Bladder Exstrophy Community, Courage to Shine™ a project of the Association for the Bladder Exstrophy Community, and Jamie’s Dream Team.

Thomas was born with bladder exstrophy in 1965, at Pittsburgh Hospital, in Pittsburgh Pennsylvania. At a time when the doctors and nurses weren’t familiar with bladder exstrophy and struggled with how to tell Thomas’s mother the news about her infant son. The doctors did very little to help Thomas at the time. It wasn’t until 1967, when he had a bilateral hernia repair but nothing done to help with the urinary system.

In 1969, at the age of four, Thomas had an ileal conduit-urostomy. Because if this surgery his surgeon Kamthorn Sukarochana M.D., and mother founded The Tri-State Ostomy Association at Children’s Hospital of Pittsburgh. This organization was to help children from birth to age eighteen, who had ostomy surgery. Thomas remained active in this organization throughout his youth.

When Thomas turned eighteen he worked with the local Children’s Hospital WOC nurses. When they would take children, who had ostomy surgery, to Pittsburgh Pirate’s games and bowling.
In 1992 at age 26 Thomas join the Youth Rally, a camp or children who had ostomy or alternative procedures. He remain active with the Youth Rally until 2003. While doing the Youth Rally, he did the Crohn’s and Colitis Foundation of America regional camp from 1999 until 2002.
Pittsburgh Ostomy Society https://www.facebook.com/pages/Pittsburgh-Ostomy-Society/190575250971420 is an organization for patients who have had some type of ostomy surgery. Thomas has been a board member on and off since 1999. Currently, he is on the board and speaks to patients about living with an ostomy or having an upcoming surgery. The group meets once a month for about three to five hours.

Thomas also volunteers for the Association for the Bladder Exstrophy Community www.bladderexstrohy.com which is an organization helping patients and families deal with the severe birth defect of bladder exstrophy. Thomas was born with bladder exstrophy, so he has a firsthand understanding of what these patients and families are going through. He is currently Vice President (2006-2010 and 2013-present) and past President (2010-2013) for the Association for the Bladder Exstrophy Community. During the year he attends and speaks at varies events throughout the county, including a seminar at John Hopkins, Association for the Bladder Exstrophy Community Great Lakes Campout in Bristol Indiana, and California Bladder Exstrophy Support Team Campout in South Lake Tahoe California. This past summer he sponsored a young lady from Scotland to come to the United States to speak at both the Campout in Bristol and in Lake Tahoe. The young lady is Kirsteen Lupton, the 2006 Pride of Britain Award winner, who also was born with bladder exstrophy. Video: http://youtu.be/QS29fNZuhjk

Courage to Shine™ www.courage-to-shine.org was founded to acknowledge, motivational and inspirational individuals and/or groups of patients whom have overcome congenital genitourinary birth defects and/or major urological surgeries in their childhood (but not limited too), and have the courage, strength and determination, to transform that adversity to triumph later in life. Thomas is the founder and chairman of the Courage to Shine™ that is under the Association for the Bladder Exstrophy Community. Through the Courage to Shine™, he has taken a Courage to Shine™ Award winner, and https://couragetoshineblog.wordpress.com/courage-to-shine-tours/ including Australia http://youtu.be/_DEs7bP-Tj4 , England http://youtu.be/Rf3oOtOPE_M , Iceland and Spain http://youtu.be/Q1OpJOSngzA . Motivating and inspiring individuals with bladder exstrophy to lead normal lives.

Jamie’s Dream Team www.jamiesdreamteam.org founded by Jamie Holmes, is an organization that grants dreams to patients going through life threatening illnesses. Thomas has been volunteering for Jamie’s Dream Team since August 2011. During the first several years, he was working full time and volunteering twenty plus hours a week. He became a board member for Jamie’s Dream Team in the fall of 2012. In the spring of 2014 he had a stroke, which slowed him down for several months. While recovering from his stroke, he continued to be involved volunteering for Jamie’s Dream Team when ever needed. He is back to volunteering his twenty plus hours updating Jamie’s website, Facebook page and videos. He also helps Jamie in fulfilling dreams including driving Jamie to meet families both locally and out of state, writing thank you notes, driving to the airport to pick up a puppy, taking pictures and videos at dreams, helping set up and decorate for dream events, and serving food and selling tickets at fundraisers. These are just a few examples of the ways in which Thomas volunteers to help Jamie’s Dream Team.

Thomas will be accepting his 2015 Jefferson Award, for public service, from Pittsburgh, PA Region this coming May 2015.

Thomas bio about himself https://couragetoshineblog.wordpress.com/2012/03/10/thomas-exler-founder-chairman-of-courage-to-shine/

Thomas is a very humble man, who volunteers for these organizations to help change lives. It would be hard to attach a number to the amount of hours or the amount of individuals as well as groups of people that he has helped over the years. I don’t think that he truly realizes how many lives he has touched or inspired over the years. Over the past two years that I have known him, I had the opportunity to see firsthand the difference he has made in so many lives. He is truly an inspiration to me and I believe that he should be a nominee for My Hero for Values.com