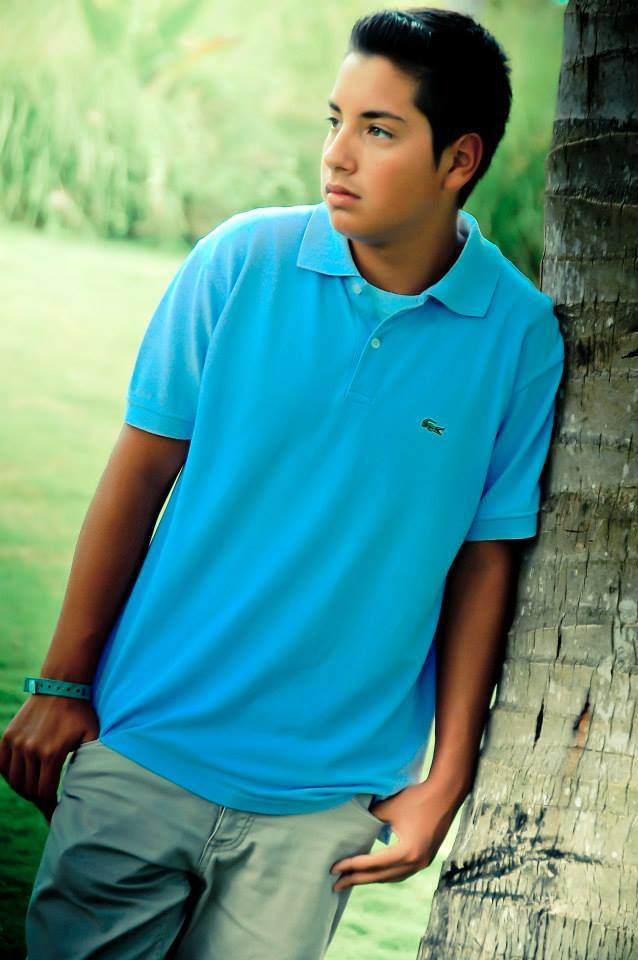 In 1996, Francis Daniel Canizalez was born. Francis’ father knew in his heart that, even as a baby, his son was inclined towards music. When he sang to him, he was sure Francis was receptive. Francis’ father, himself a musician, was always playing music throughout the house. Perhaps that is how Francis developed an ear for music.

Francis’ young life shattered to a halt on a warm sunny day. When he was only five years old, he suffered a traumatic experience. While playing in the park, he was attacked by an unleashed dog. Young Francis’ face was mauled in this vicious assault, which almost cost him his sight. He was rushed to emergency at a local hospital. Because of his tension, the anesthesia did not take, even after various attempts. Too much blood had already been lost; Therefore, the doctor on call had no choice but to stitch up Francis’ face without anesthesia. This painful incident caused additional trauma to young Francis - he developed a fear of doctors. Fortunately, with time, his facial scars dissipated to the point where there is hardly evidence they ever existed.

It was precisely after that incident that Francis’ passion for music came to fruition. At first, he simply dabbled in music, but, as the years evolved, he excelled in that particular art form.

Francis is now 18 years old and plays the piano, guitar, drums and bass. Such is his passion that, for the past five years he has been teaching various instruments to more than ten students. He sets an example to the parents and to his students by being a responsible volunteer teacher.

Francis is passing on the gift of music. His love for children is the drive behind his volunteer work. He is well aware that statistics show that music assists in the cognitive development of a child and that children who take music lessons tend to excel academically. And because children from low-income families are about half as likely to participate in extracurricular activities compared to high-income families, his music classes are free.

Francis learned the value of serving his community through the example set by his parents who are ordained Pastors. Immediately upon learning to play the keyboard, he began to transfer that knowledge to other youngsters in the community. From 2009 to date, Francis has volunteered as the official Music Teacher at Ebenezer Church. He is making a difference in the lives of all his music students.

Francis held the position of Assistant Music Teacher in a Co-op Placement program organized by his high school. There, he responded appropriately to the physical, emotional and developmental needs of the children in grades 1-8. He also taught them several different instruments. Additionally, he taught them proper techniques, notes, scales, and trained them to play by ear.

Francis was recently honoured with a Congratulatory Certificate from Toronto City Councillor Cesar Palacio for his selfless commitment, dedication and ongoing volunteer efforts that are making a difference in his city.