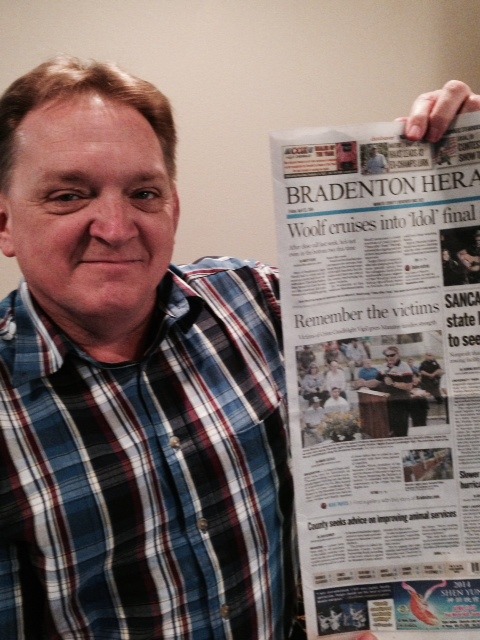 While he presents as a modest and humble servant, his passion for children stems from personal experience wherein he lived through feelings of vulnerability and fear. He became a survivor and has found his place by becoming a champion for the unheard voices of the victims of predatory child molesters.

Through many years of struggle and seasons of pain, he triumphed in his life by finding peace through a career which has defied his history and encroaches on the devastation which follows violation in the lives of children, some of whom he has never even met. His motivation and selfless actions in the field of child protection have only recently been revealed in his book, The Boy Who Never Cried Wolf. He subtitles his book, “By grace he survived ten years with a child predator. By providence he now hunts them.”

In his book, he exposes the heinous acts inflicted on him by a member within his own family and which sadly happen to countless other children every day. Only through his many years of dedication and purpose have children under his watch been spared, or afforded relief, from the devastation caused by their abusers. He works with a focused purpose and determination that is an inspiration to those who know him. He has been instrumental in “getting the bad guy” in numerous high-profile cases within our community.

It takes courage to open oneself up and share personal horrors of the past. Fortunately for us, Crimes Against Children Detective Jim Wisher chose to look beyond his own self-consciousness with a heart set on helping others. Not just by publishing his story, but also by taking his message of hope to our community.

Jim spends much of his personal time at local events with the goal of providing hope and healing after traumatic abuse in lives of people living within our community by having the courage to share his story. In January, Det. Wischer was a guest on the television shows “Home Keepers”, “It’s Time for Herman and Sharron” and “Bay Focus.” All of these programs aired on the Christian Television Network. In February, Jim provided the keynote speech at the Sunrise Kiwanis Club meeting. In April, he was a guest panelist for the Manatee Glens Sexual Assault Awareness Week discussion panel, as well as, a keynote speaker for their rally. Jim also provided the keynote speech for the Manatee County Victim’s Rights Council at their 27th annual victim’s rights memorial service. Recently, Jim was a presenter at the 2013 Florida Child Protection Summit held in Orlando and sponsored by the Florida Department of Children and Families.

In recognition of his dedication, tireless effort, and diligence to ensure that the most vulnerable of our population are given a voice, along with the law to back that voice, to those victimized by child sexual abuse and exploitation that I respectfully nominate Detective James B. Wischer, Jr. for the Everyday Hero.

James Wischer has been employed with the Manatee County Sheriff’s Office over 10 years, 5 of which as a Crimes Against Children Detective.