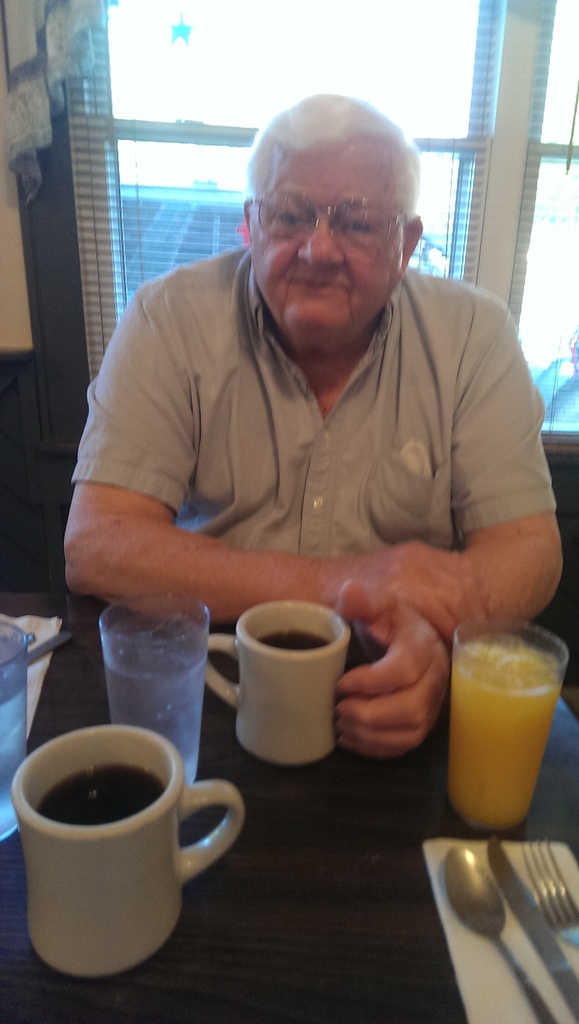 My grandfather is my hero. He will be 81 years old this week. He is a military Navy veteran that served during the Korean War. He is the most important man in my life, and has been for the most all of it, nearly 40 years now. He worked 120 hours a week to take care of his family and my grandmother when they were young. She was sick often and medical expenses for very high, plus they were trying to raise a family of 3 children, one that was not even his own but he raised it just as if it were. He helped raise me too, when my own mother and father had me only at 16 & 18 years of age. Also my grandfather is special to me ecause even after quadruple bypass surgery due to a heart attack caused from working too much, he became the primary caregiver of my grandmother the last few of years of her life, after she was unfortunately diagnosed with Alzheimer's disease. Since her passing last Halloween, he has been my rock, my only light, and my only remaining grandparent, and I don't know what I would do without him. He is my true hero!