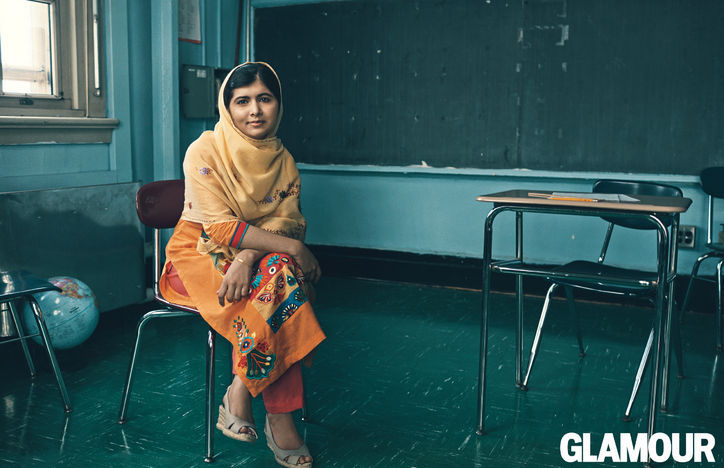 Malala Yousafzai, the Pakistani girl who was shot by the taliban in an attempt to silence her fight for girls education.