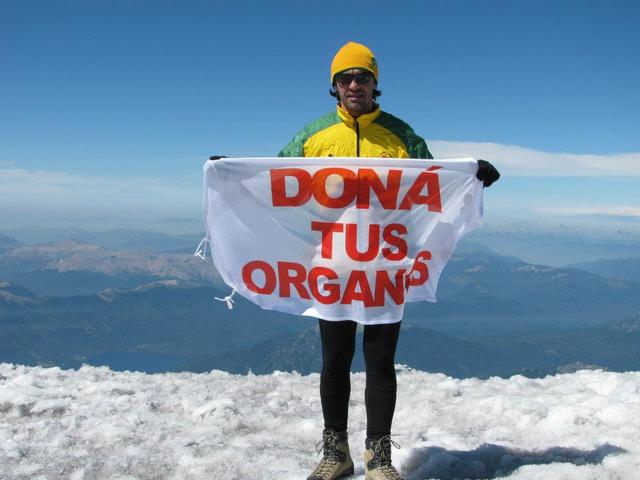 Roberto Onreita was born in Rauch, Argentina. He is 42 years old and started to swim as an athlete, 5 years ago. He also plays volleyball in a local league but never trained. In 2005, when he was 35 years old, his liver had a fulminant failure and he needed an urgent liver’s transplant. That was his only chance to live. He entered in a national emergency list to be transplanted quickly. Everything went very well, he had a very good recovery.

A month later, he was working in Rauch, in a veterinary where he has worked for 22 years. After four months, some studies indicated that he had a lymphatic cancer. He had to do chemotherapy, there was no alternative. He started with the chemotherapy sessions. Cancer was expiring but the treatment resulted in liver rejection. So after six months he had to face a second liver’s transplant. Fortunately, he made a quick recovery and his life changed radically.

But his greatest achievement was to reach the summit of Lanin Volcano in January 2012 with other transplanted people: Teresa Paniceres, Rosaura Escudero and Mariano Rosa Spinelli.

His message is : "We all can donate organs, everyone can receive."