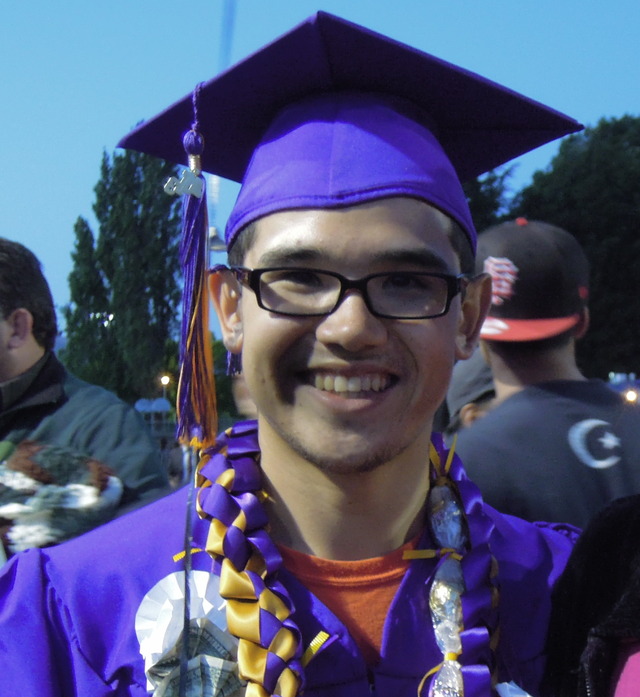 My son is my hero. He is the fourth generation of our family to be born with a serious mental illness, Bipolar II disorder. In addition, he is challenged by multiple learning disabilities. He was initially denied special education from our school district, and struggled to achieve despite having no accommodations for his disabilities. Stomach aches and tantrums marked his first three years of formal education, as the curriculum quickly exceeded his ability to achieve. He did not give up, despite lack of understanding from some teachers. "Everyone put down your pencils and wait for Takeshi. He is the slowest one in the classroom." "Can't you think of just one example, or do we have to all just sit here Keshi?" When Takeshi finally was granted special education, he began learning how to compensate for his disabilities. All his report cards mentioned his commendable behavior, attention to detail and wonderful attitude. Last month, Takeshi graduated high school with a 3.7 GPA and received the President's Award for Academic Excellence. My son never gave up, and surmounted multiple disabilities to earn his diploma. Watching him graduate has the proudest moment of my life.