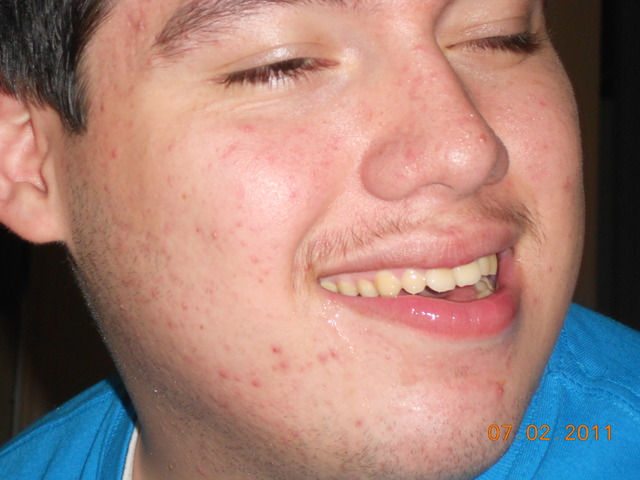 At birth my brother Rodrigo was diagnosed with Cerebral Palsy (CP) which impaired his movement and speech, but definitely not his spirit.

CP has bound Rory to a wheelchair but his optimistic nature is neither bound nor does it have limits.

He is always finding ways to be a blessing to others young and old. Rory is making the most out of his life despite what his body tries to tell him.

There are many things that make by brother my hero. His positive attitude towards life when many have encouraged him to give up. His care and love towards our aging grandmother and mother. His wise words to calm arguments between older siblings. His uplifting character when days have brought sad news. Striving to achieve a place in this world when the world around him continually presses down on him.

His desire to further his education has been beyond belief. At a young age Rory insisted in taking part in his IEP (Individualized Education Program); his speech (difficult and slurred) did not deter him from making this or any further requests. Rory would ask again and again to be placed in a standard classroom, and after not giving up it was eventually granted.

Rory with the encouragement of friends and family, has worked hard in school, physical and speech therapy.

Rory’s resilience was tested with harsh bullying in High School. Trusting God, he conquered and became the first graduate of Indio High School with Cerebral Palsy. He also worked part time as a Junior Advisor in a program and was awarded the California Legislative Assembly Certificate of Recognition. Rory has friends with all kind of abilities.

Oh! And yes Rory even took a lovely girl-friend to Prom.

His desire has always been to be a counselor. To encourage kids and let them know that they are loved.

It has not been an easy road. Rory continues to have faith in God, pressing on forward (college hopefully).

My brother is my hero. He is just a likable kind of guy, and a great friend.