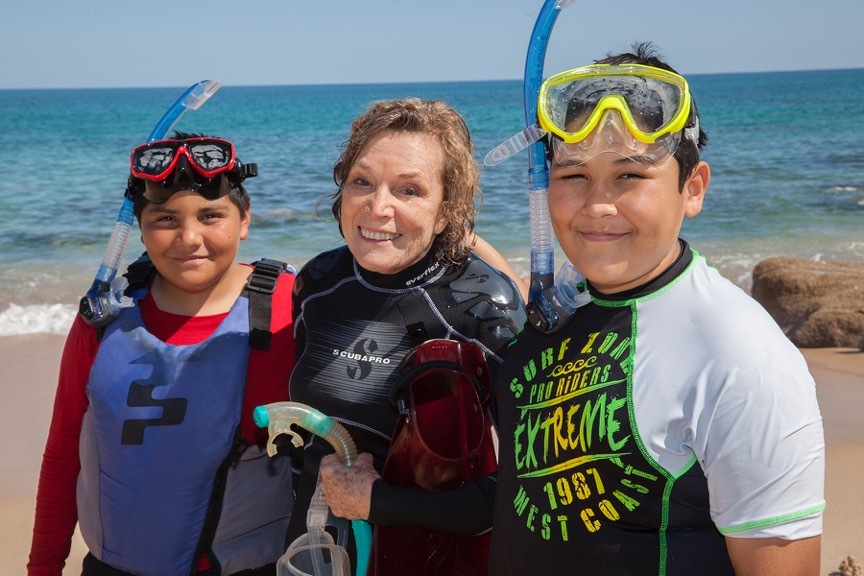 Dr. Sylvia Earle has been a constant beacon for marine conservation and protection for over 50 years, casting a light on the plight of the world’s ocean through science, advocacy and exploration. Called Her Deepness by the New Yorker and the New York Times, Living Legend by the Library of Congress, and first Hero for the Planet by TIME Magazine, Dr. Sylvia A. Earle is an oceanographer, explorer, author and lecturer with experience as a field research scientist, government official, director for corporate and non-profit organizations and winner of the 2009 TED prize. Dr. Earle is the founder and board chair of SEA / Mission Blue, founder of Deep Ocean Exploration and Research, Inc., chair of the Advisory Council of the Harte Research Institute, leader of the National Geographic Society Sustainable Seas Expeditions, inspiration for the Ocean in Google Earth and subject of the Emmy® Award Winning Netflix documentary, Mission Blue. She has a B.S. degree from Florida State University, M.S. and PhD. from Duke University, 27 honorary degrees and has authored more than 200 scientific, technical and popular publications including 13 books, lectured in more than 90 countries, and appeared in thousands of radio and television productions. Dr. Earle is the recipient of over 100 national and international honors including the 2013 National Geographic Hubbard Medal, a 2014 United Nations Environment Program Champions of the Earth Award, induction to the Netherlands Order of the Golden Ark and recognition as a 2014 Glamour Woman of the Year. She has led more than 100 expeditions and logged more than 7,000 hours underwater including leading the first team of women aquanauts during the Tektite II Project in 1970, living on the ocean floor during ten saturation dives—most recently in July 2012—and setting a record for solo diving in 1,000 meters depth. Her research concerns marine ecosystems with special focus on exploration, conservation and the development and use of new technologies for access and effective operations in the deep sea and other remote environments.

Though exploration and outreach initiatives focusing on areas identified as Hope Spots, Dr. Earle’s vision, which she articulated in her TED talk, and has already gained considerable momentum. She has led Hope Spot Expeditions to document a submersible dive 1,000 feet deep off the coast of Cocos Island, Costa Rica, explored reefs and sea turtle nesting beaches in Central America, conducted research from the Aquarius Reef Base undersea laboratory off the Florida coast, established Hope Spots from the North Pole to Antarctica, and much more. Her influence in the online ocean community has grown to over 35 million social media impressions per month. To see her in action, watch her TED talk. It's incredible!