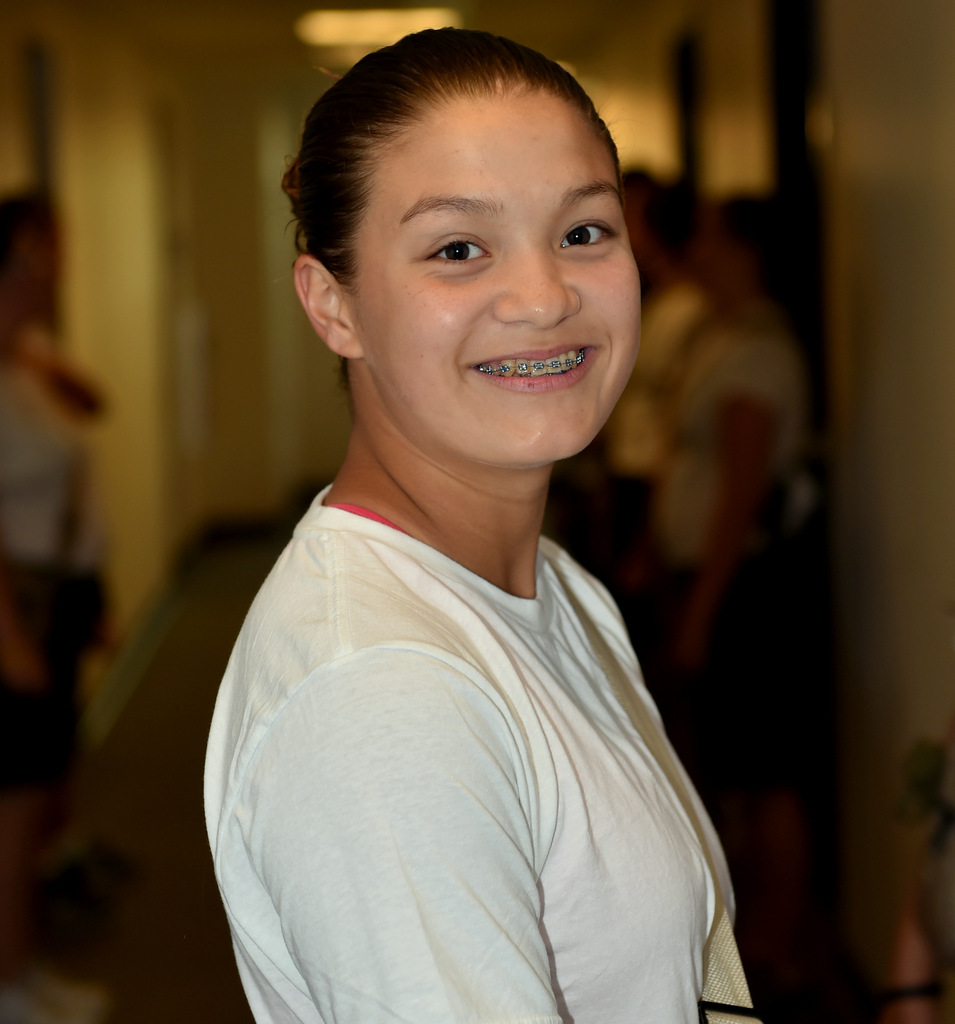 I am a fulltime counselor at the nonprofit Cambria County Camp Cadet program. Camp Cadet is a weeklong, overnight camp for children ages 12-15, which is designed to make good kids better. The camp is geared towards building leadership, integrity, honesty, physical wellbeing, and respect. Elisabeth was a Cadet in the 2015 Camp Cadet Program.
From day one Elisabeth was an absolute standout at the camp. She excelled in every aspect and displayed leadership skills from the beginning. By the end of the first day of camp, Elisabeth was promoted to a squad leader. As a squad leader, Elisabeth was responsible for her actions along with the actions of the cadets within her squad. Elisabeth’s leadership skills were imperative to the success of her squad, along with the personal growth of the other Cadets. Elisabeth is one of the best females we have had come through the Camp Cadet Program. Her performance as a Cadet in 2015 earned her the Trooper Herbert WIRFEL Award for being Top Overall Female Cadet. Elisabeth was invited back as a Senior Cadet in 2016. Elisabeth’s Top Overall Female Cadet Award also resulted in being invited to attend the Pennsylvania State Police Commissioners Camp during the summer of 2017. The Commissioners Camp is reserved for the best of the best from each Camp Cadet across the state.
Immediately following the completion of the 2015 Camp Cadet Program, Elisabeth began fundraising efforts for the camp. These fundraising efforts have provided over $12,000.00 in both monetary and donated items to the Cambria County Camp Cadet Program. Elisabeth has personally volunteered at least 300 hours toward the benefit of Cambria County Camp Cadet. This includes time as a Senior Cadet, self-driven fundraising efforts, along with organized Camp Cadet functions.
Elisabeth returned for the 2016 Camp Cadet Program and was placed into a mentoring roll, as well as a direct assistant to the staff. As a Senior Cadet, Elisabeth once again excelled in every aspect of what is a very physically and mentally challenging camp. During her time as a Senior Cadet, I watched Elisabeth’s leadership skills strengthen and her desire to be the best continue to grow. She is a natural role model for her peers and has demonstrated impressive decision making skills. Elisabeth has the natural instinct to succeed and recognizes the need to pick herself up when she falls. I watched as Elisabeth dealt with struggles and issues encountered throughout the week. When the issues were brought to Elisabeth’s attention, she made quick decisive decisions and tackled the problems head on. Elisabeth regularly stepped out of her comfort zone and completed assigned tasks. As a Senior Cadet, Elisabeth stepped up to every challenge presented and strived to ensure the Cadets stepped up to the challenges as well. She displayed an unwavering sense of integrity and a calm demeanor when any obstacle was met.
Elisabeth is also a role model and a hero within her community. This can be easily seen through her efforts to strength her hometown. Elisabeth is the founder of The Greater Johnstown Community YMCA Junior Leadership Committee. She volunteers at the Beginnings Non-profit Junior Leadership Board and the American Legion Auxiliary. Elisabeth and her brother also founded a lawn care business called Fix it Felix. Each year Elisabeth donates 20 percent of the lawn and yard services to needed community neighbors.