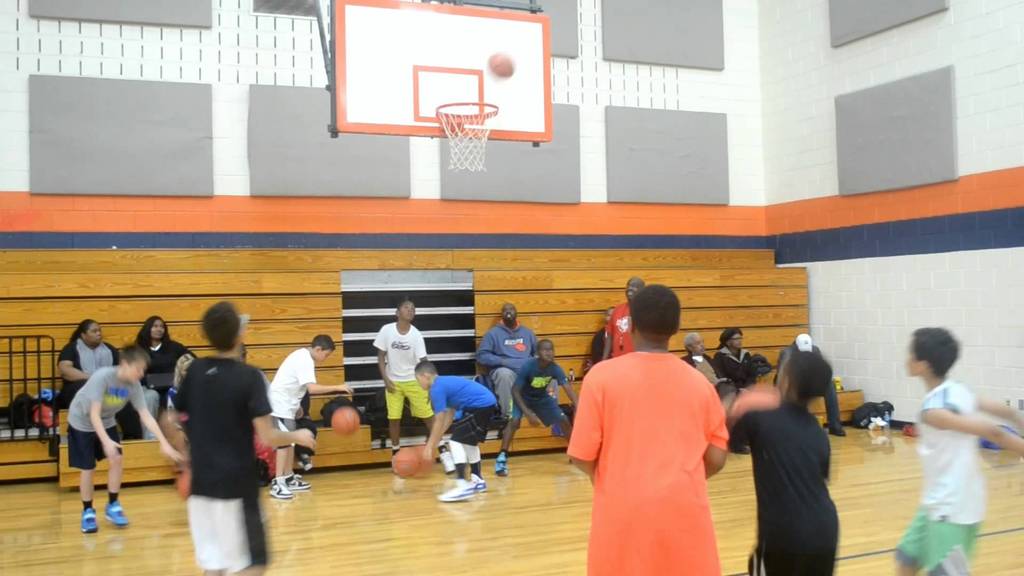 Rod is my coach and trainer for basketball, and he teaches me a lot more than basketball. At the end of each practice he gives us a story and a life lesson. He also motivates us and he encourages us to keep our grades up and to train as hard as physically possible. He just wants to make us as good as he can, and he doesn’t yell or anything. He also is friendly with all of us and he keeps a good relationship with all of his players. He even plays some of the scrimmages with us, sometimes playing on the losing team, or all time offense. He also gives everyone playing time on the team, nobody can say he doesn’t like them either. Coach cracks jokes in huddles and has us feel comfortable around him, he is harsh in a nice way. Rod really cares about his players, on and off the court, if a player is dealing with something in their lives he’ll try to help them to his full ability if they ask for it. I have also know him since I can remember, and I have a lot of good memories of him from early childhood also, playing with his kids, Nyles and Ian, and sleeping over at their house. He cares about absolutely everyone, he is also nice to the parents of the children and joke with the parents also, and sometimes even gets the parents involved in the practice. He is a role model for me, good at basketball, had good grades, went to University of North Carolina Charlotte, he is a nice person, and he has a full time job and yet still finds time out of his schedule for practices for us, and doesn’t get paid for it either.