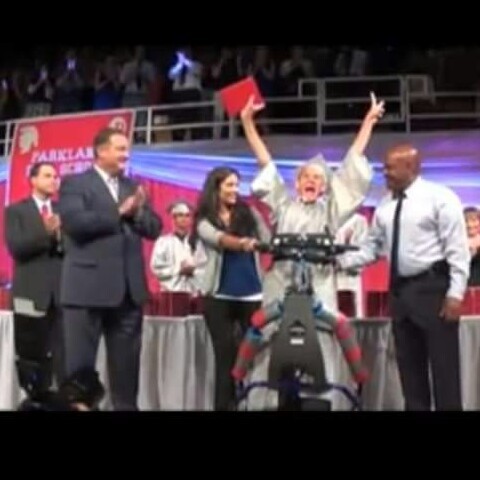 Jared graduated high school in 2014. He is handicapped and undergoes several, major brain surgeries every few years. However, despite Jared's many daily obstacles, he has devoted his life to overcoming them and making a difference in others' lives. Over the years Jared has raised thousands of dollars to help the homless and impoverished in our community. He also raises money for the Lehigh Valley Miracle League, of which he has been a member for years. Jared also helps teach sign language at the elementary schools to students who rely on it to communicate - despite Jared's own struggles with verbal communication. On top of that, Jared inspires the community more than just his physical contributions. In 2014, when Jared graduated from Parkland High School, he moved his classmates and audience to tears when he stood independent from his walker and crossed the stage to receive his diploma. Jared is the eptiome of not being confined by inevitable setbacks as well as the quintessence of a generous human being.