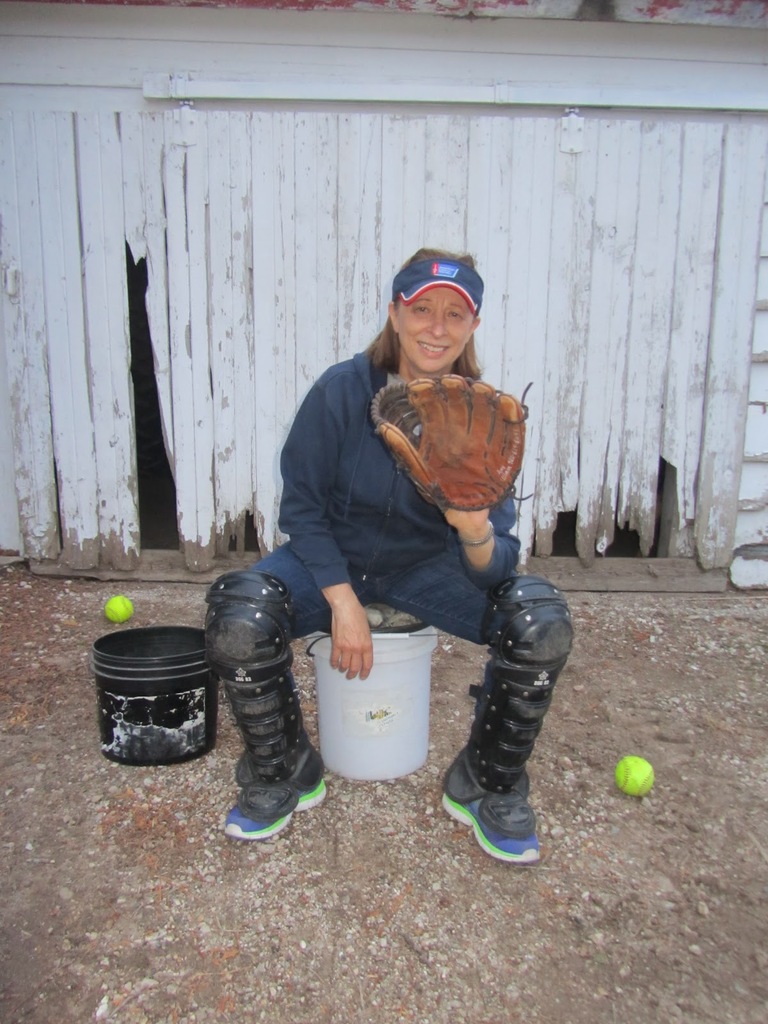 A role model. Defined by dictionary.com, a role model is described as a person whose behavior or success is or can be emulated by others, especially by younger people. My grandmother, Kathleen, shows me everyday what a role model should look like. Since I was a little kid, I have looked up to her in many different aspects. Through thick and thin, she supports and leads a healthy, outgoing life that encourages me to follow in her footsteps. A great example that shows my grandmother as a dedicated women is written below.
When I first started out playing softball, I was inspired to be a starting pitcher playing on some kind of elite team. At the age of ten, I didn’t have the best equipment or facilities to practice with/in. My parents had to work all day, my brother wasn’t interested in sports at all, and my sister had just turned five. My only option was to pitch at the side of the silo, where the ball would always ricochet off. This ended up where I had to chase down the driveway praying the ball wouldn’t roll into the road. A few days into pitching, Kathleen thought of an amazing idea to try out.
My grandmother wanted to catch for me. Now at her age, most people would laugh at the concept. But unlike anyone else I know, she potentially risked her own life. So then in the summer, she and I would walk down to the old garage with a bucket of balls in one hand, and a bucket for her to sit on in the other. She wore some catcher’s gear and plopped herself in front of the garage where I actually got to pitch to her. Even in a smothering 90°, Kathleen would agree to catch. This ritual continued on for three years up until my speed surpassed her true comfort zone of catching.
Though she may have been older than most to catch a windmill pitch, she never once complained about it. The difficulty of catching for me gave my grandmother a challenge. Instead of saying “No I’m too old,” she took the task and exceeded. Kathleen beat the odds of her age by catching for me and playing catch in general. I was blessed in having such a wonderful family member in my life who would do things like that.
On some days, I questioned my grandma if we could go out in the front lawn and she hit grounders to me. Knowing she had a busy schedule, I never allowed myself to get my hopes too high. But she always made enough time to practice the sport of softball. When we got down by the grass, she had an old metal bat and a bucket of balls. With those, she just hit to me for half an hour. Without her, I would’ve certainly not be at the level of pitching that I am at today.
A role model. Defined by Taylor Ullman, a role model can be a person who you look up to and inspire to be like one day. My grandmother guided me towards the love of softball I have. She continues to show me the good things in life and to never let go of them. Despite her age, Kathleen did not allow that to get in the way. My grandma consistently gave 100% whenever we practiced together. And because of that, she is, and always will be, my role model.