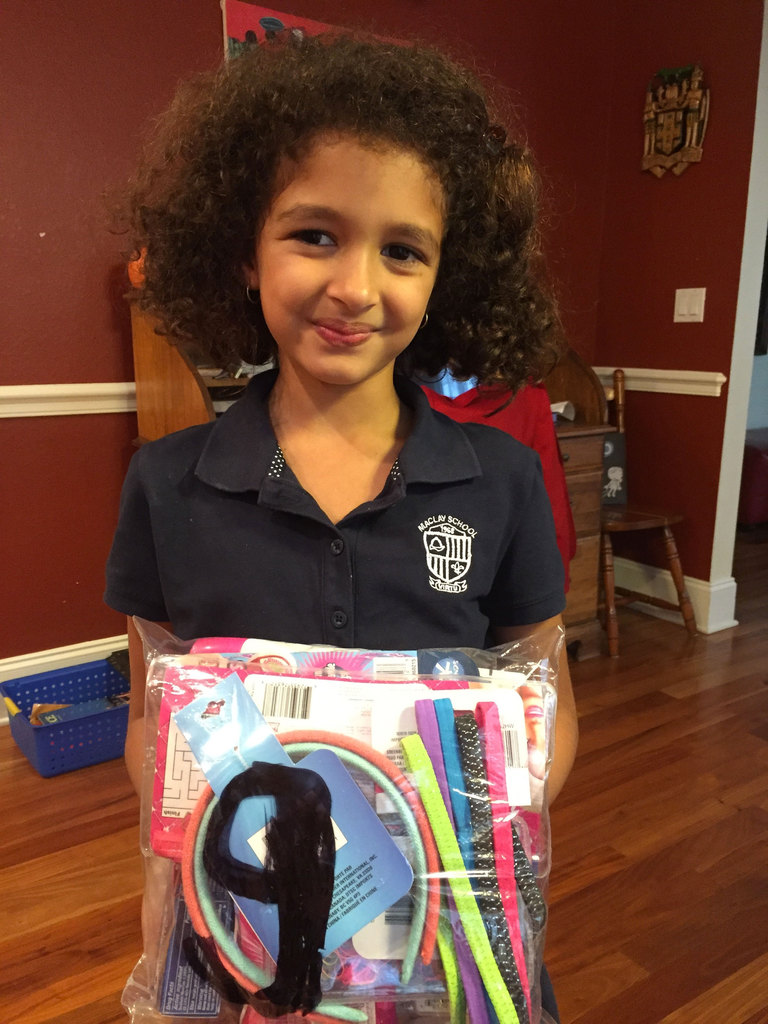 Belén Rambana is a dedicated Brownie who wanted to work on the Girl Scout “Helping Hands” patch and do something good for others. When she learned that students in Jamaica were in need of some of the same school supplies and personal hygiene items that are inexpensive, Belén knew what she wanted to do.

Wolmer's is the oldest school in the Americas and is considered among the Caribbean's most prestigious. However, some underprivileged students at Wolmer's are need everyday items to succeed academically and personally.

“My dad is from Jamaica and I’d like to help that place because they need a lot of help,” said the first generation Jamaican-American who chose to help Wolmer's girls ages 10-18 first.

Consistent with Wolmer's ethos and the Girl Scout law, a line of which is “to help people at all times”, Belén started a school supply and personal hygiene goods drive called "Belén's Friends". Donors are asked to gather items ranging from black ball point pens for use during exams to soap and toothpaste in gallon sized zipper bags which Belén will ship to the West Indies at her own expense.

With her mother Elizabeth Ricci and her ten-year-old sister Paloma who is also a Girl Scout and does charitable work, Belén excitedly shopped for color coordinated donations.
“She bought everything on the list and then some,” said her father, Neil Rambana. “Once she got home from the store, she laid everything out and methodically filled a big Ziploc, making sure everything fit just right,” he explained proudly.

“Belen is a little girl with a big heart,” said McCallum.

“Wolmer’s motto is Age Quod Agis which means ‘Whatever you do, do it well.’ Belén is putting her heart and effort into this drive and certainly ‘doing it well’,” noted her mother.
When school officials learned of the project, Wolmer's principal Colleen Montague said "We are excited and encouraged when we see young people championing others who are in need."
Since launching "Belén's Friends" in late October, 2015 dozens of pens and pencils as well as bottles of shampoo and bars of soaps have already been donated from Belén’s own Girl Scout Troop 103, her classmates at the Maclay School and family friends.

The second grader plans on expanding the project to include the Wolmer’s upper school boys followed by the prep school children and eventually other schools in the Caribbean and perhaps beyond.

“Belén’s Friends" is an ongoing service project. Donations of complete or partially filled zipper bags are welcomed. Deliveries may be made at any time. A complete list of items requested can be found at www.BelensFriends.Webs.com. Email HelpBelensFriends@gmail.com with questions or to learn how to send gift cards or to donate directly to Wolmer’s. For more information about the historic school and its students, visit Wolmers.org.

Beaming Belén is pictured here with a bag of mostly pink and purple items she selected and packed herself.