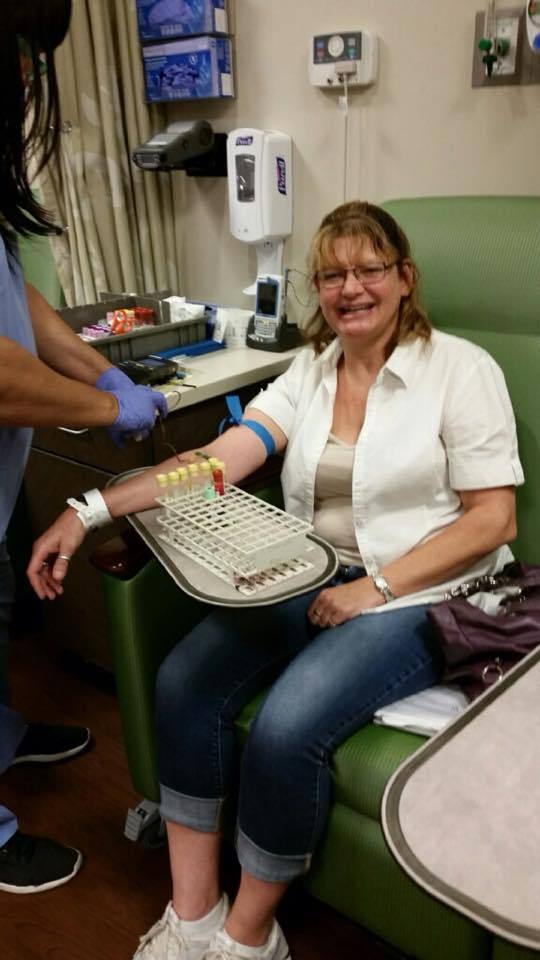 Brenda has been and will always be there for her community, friends, and family. Karen and Brenda met on Halloween night at Casa Bonita over 30 years ago. They were both each other’s Maid of Honor and God Mother to the others children. Life had them taken them on different paths, different careers, and most of all different locations. They had lost touch. Fast forward to several years down the road; Brenda and Karen came to visit their home state and revisit their first job. While reminiscing about the good ole days with family and standing in line on the same night at the same time, it was fate and they locked eyes and screamed so loud I swore security was going to be called on us. They talked all night and rekindled a friendship that would now last a life time. Due to things out of Karen’s control she is in need of a liver transplant; she has never drank in her life. Being a Mother of four amazing children, Karen has been on the top of the Liver Transplant List in Dallas, Texas. Although she has the rare blood type this has been a challenge finding a match; she has been called a few times but has not been able to receive the actual liver. Brenda has the awesome blood type that anyone can receive. Brenda reached out to Karen’s Doctors to see what Brenda needed to do to see if Brenda would be a match for Karen. We started this path nearly a year ago. It turns out Brenda is a PERFECT match for Karen; even to the point if they were any closer of a match they would have been considered genetic Sisters! Karen had a survival percentage of only 70% because Brenda is such a perfect match the Doctors increased Karen’s survival percentage to 85%! Brenda flew down to Texas on 10-8-15, with Pre-Op on 10-9-15 and the actual Liver Transplant Surgery on 10-12-15!
My Mom (Brenda) and I (Christina) own “Carroll’s Corner Pub” aka “The Bar” in Sheridan, Colorado. We opened April 1st. Starting a new business has had more than its fair share of challenges. Money has been tight to say the least. I could not survive without my employees, being Brenda’s only daughter; I will be flying down to Texas to help take care of her after surgery and then bring her home so she can recover in her own bed. My plea is for financial assistance for this amazing heartless woman who is giving up half of her liver for her lifelong best friend. My solid goal is to get her a bed that will allow her to sit up and lay down comfortably automatically. She will not be able to lift anything more than a pound let alone lift herself up in bed.
10-18-15 at “Carroll’s Corner Pub” aka “The Bar” we are having benefit, which has been organized by all of the employees. Everyone is bringing in food and items to be raffled so that they could raise money for a bed for Brenda.