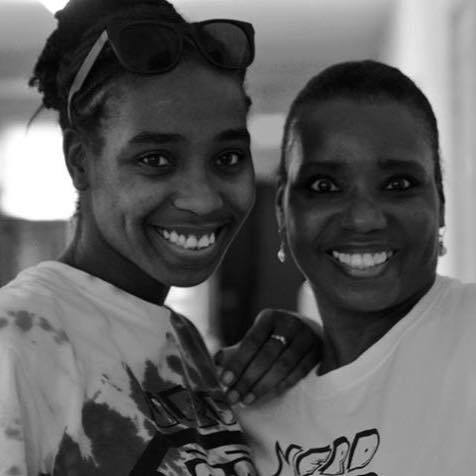 Cagney Coomer Felton is an extraordinary individual from Lexington, KY. Despite her odds of a childhood, she has risen above and beyond the line of accomplishments. Not only is she in her second year of her PhD in molecular biology at the University of Kentucky. She also started a non- profit organization called Nerd Squad three years ago. This organization provides tutoring and STEM activities to children all over the state of Kentucky.
Nerd Squad was created in 2012 and has grown drastically since then. It all started with Cagney going once a week to a local community center and doing science activities with the children. From there, she began her journey of teaching children.
Cagney was born in Lexington, KY and lived there with her father until 6th grade when her drug addicted mother got out of jail. Her younger sister and she then moved to Louisville with their mother to create a bond with a woman they only seen once or twice a week behind a fence. The transition was hard for Cagney for the first couple of years but she was able to adjust to the change. She was a basketball star in her high school while maintaining a 4.0 until she experienced a life changing circumstance her senior year of ovarian cancer. She didn’t give up and is now in remission. She then went on the get a dual bachelor’s degree at Virginia State in Biology and Chemistry.
Cagney is not like any other black woman you have ever met. If she was to be compared to a black woman it would be a tossup between Dr. Helene D. Gayle, Michelle Obama, and Madam CJ Walker. But I wouldn’t stop there because she has the characteristics of the entire strong black women leadership. She has a way with words that makes your heart melt and open up your soul and mind. She can relate to you and give you answers to question that you didn’t even know you had. She is a scientist and a leader and has the potential to change the world.
Cagney is a born leader and role model. She has gone above and beyond her duties of giving back and continues to do so with no questions asked. If you ask her why she does what she does it is because she wants to let kids that look like her know that you can be anything you want. And you don’t have to be a lawyer, or business man, or any of the usual occupations a child of color has to choose from. To let them know that they are our future and that they do matter. She has been known to walk into a class of the worse behaved students and demand respect before introducing herself. She has that demeanor of when she walks in the room everyone listens.