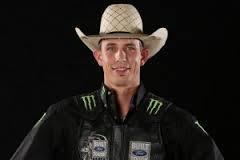 My everyday hero is Jb Mauney and the reason for this is he never gives up on anything.Even if it is a bull he is riding that night he might not make his eight second mark but when he gets a chance to ride that bull again he will jump right on it.This is why he has inspired me and he is a great friend of mine to have.He has won two PBR championships and has worked hard at winning.He had inspired me and many others.This is why I want to become a bull rider.He is a helpful person when it comes to training kids for bull riding.He will tell you this is all he knows and this is what he wanted to do and he want's to help the kid's that want to make it to the PBR.He is just a good friend to have just to have someone to talk to.Jb would help you with anything.I think a lot of people think he is a hero because of him wining the PBR twice but it depends on how you would look at it.Most look at it as just because he won and very few look at it as he dose not give up.