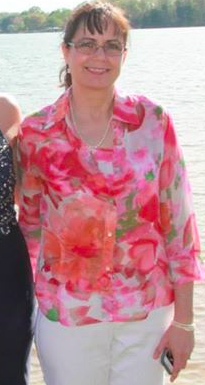 I nominate my parents for an everyday hero. There is this family friend we have named Jay, and Jay is homeless. He lives in a tent, rides a bike or walks everywhere, keeps most of his personal belongings in the shed behind our house, and takes showers and washes his clothes at our house. He makes money by doing carpenter work, painting, or repairing things for people. Jay lost his license a long time ago for drinking while driving. Jay goes to our church almost every Sunday. A few months ago my dad took Jay to the hospital cause his whole right side was going numb. My parents let him stay in our guest room for a few weeks while he recovered and payed the medical bills. My parents drive him lots of places all the time. Recently Jay met a 15 year old boy who was also homeless but had no money. For almost 2 weeks straight Jay took him to dinner or lunch at McDonalds everyday. Jay would give him money so he could buy things he needed. Jay asks my parents for money a lot, and even though we might not be the richest people in the world, my parents always give him money. Jay also attends the male AA (Alcohol Anonymous) meetings at our church. Jay came to our house one day saying his tent was falling apart. My mom bought him a new one. He said that it’s to hot to walk every where in the summer and thats why he was always at our house, to cool off. My dad gave him a bike and a lock. We always let him stay over for dinner when he wants to. We have neighbors that are old that live across the street. My dad cuts their grass (and their yard is HUGE), trims their bushes, rakes leaves, and does yard work for them. Their name is the Roses. Ms. Rose always pays my dad for doing the work. Mr. Rose has alzheimer’s and wonders off a lot, sometimes by foot, sometimes by car. Once Ms. Rose got a call from the police saying they found him in a ditch in the middle of the woods, it turns out he had crawled out a open window. They have been foster parents for many, many kids. They only have one foster child left, and he has been there for as long as I can remember. He is like 26 or something and his name is Tony. Tony walks the dogs and takes care of his parents but thats about it. Recently Ms. Rose called saying that the neighborhood people had called her out about the rust running up the side of her house. It took a while but my dad got most of it off. Those are just some of the reasons why I nominate my parents. They both do lots of mission work and help with the community a lot.