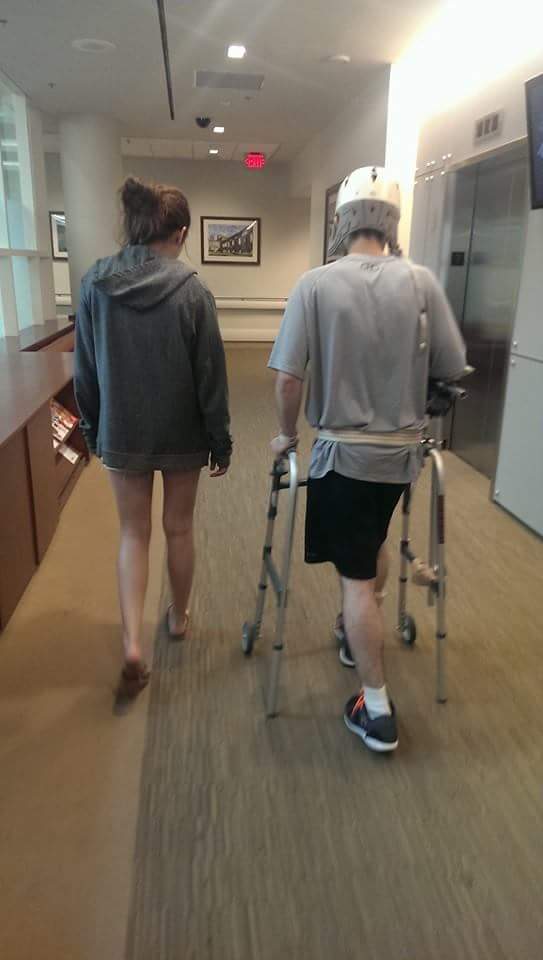 My daughter, Lauren Sullivan is my hero. Her older brother, Lt. Nick Sullivan endured catastrophic injuries while serving in the Army on a rescue mission in Afghanistan. Nick and his men went down in a Blackhawk helicopter crash on 5/28/14 which caused a stroke and Traumatic Brain Injury. Lauren finished her final two college classes by writing papers and recording speeches after spending the day at her brother's bedside in the ICU. Lauren always seems to know the right things to say to encourage her brother during his long recovery process. Lauren has put her own career on hold to become her brother's NMA- Non-Medical Attendant and is currently living with him at Walter Reed in Bethesda, MD. Lauren has shown such dedication, patience and self-sacrifice to be there for the brother who she loves. Nick's life will be forever altered as a result of serving his country. Lauren is now her brother's advocate for his care and cheerleader, friend and constant companion. She reaches out to other Wounded Warriors and their family members. She arranged for Nick to meet his favorite singer backstage. My hero is constantly placing others before herself and is a true inspiration for being there when extra help is needed. Lauren, at age 23, amazes me with her generosity, wisdom and dedication far beyond her years.