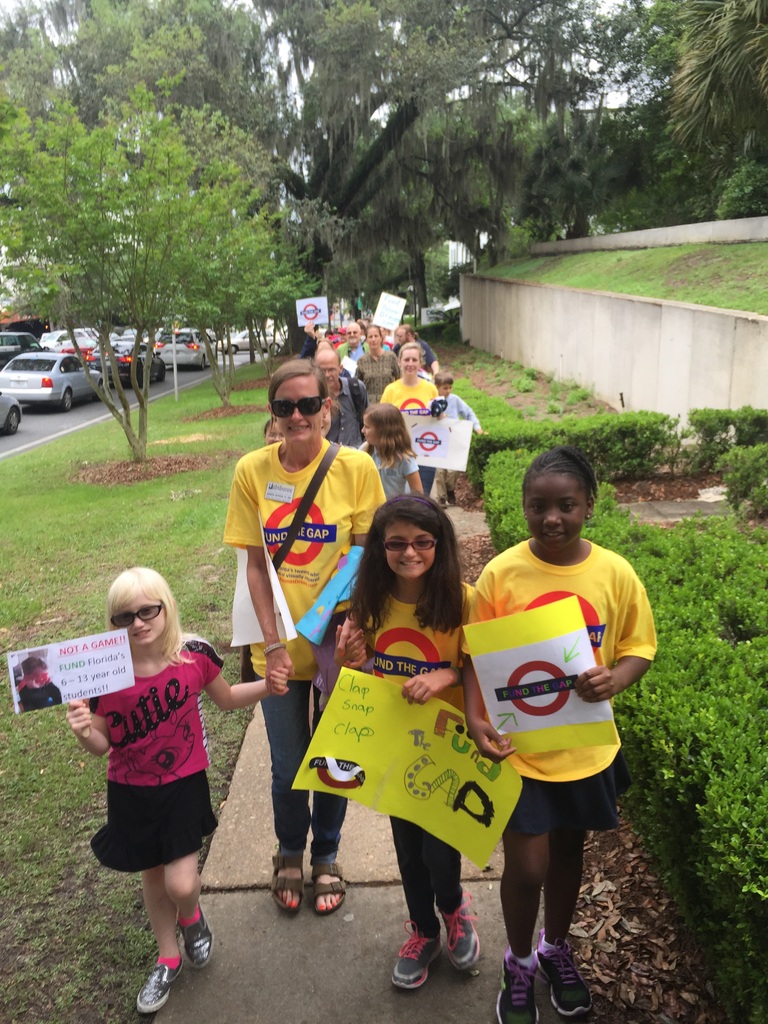 Paloma was born with a rare birthday birth defect known as Peters Anomaly. While a baby, she had both pupils surgically made at Bascom Palmer Eye Institute in Miami. She's legally blind but smart, precocious and savvy.

She received vision services until she was six years old. (Florida does not fund services for 6 - 13-year-olds although infants to 5 and children 14 and up plus adults are funded.) FAASB (Florida Association of Agencies Serving the Blind) asked for her help to change that. FAASB was requesting $3,000,000 to establish a children's program. So, in March 24 she met individually with 13 legislators, told her story and showed lawmakers her personal electronic magnifier (that costs $400 -her parents paid for it for along with all her other equipment including a $3000 classroom version out of pocket.) A reporter noticed her, interviewed her and wrote about her efforts in an article that appeared on the front page of the Tallahassee Democrat the next day. A few days later she was invited to the Governor's office. On April 16 she led a march from the Department of Education (which oversees the Division of Blind Services) to the Historic Capitol steps where she gave a speech along with the executive directors from FAASB and the Lighthouse the Big Bend. Despite over $400 million in budget cuts by the Governor much of which was for similar services, $1 million was approved, half of which is reoccurring to establish a children's program. This is a huge step in funding blind and visually impaired 6 to 13-year-olds in Florida of whom there are approximately 950. Paloma will continue to lobby to secure funding for all the children in the currently underfunded age group.