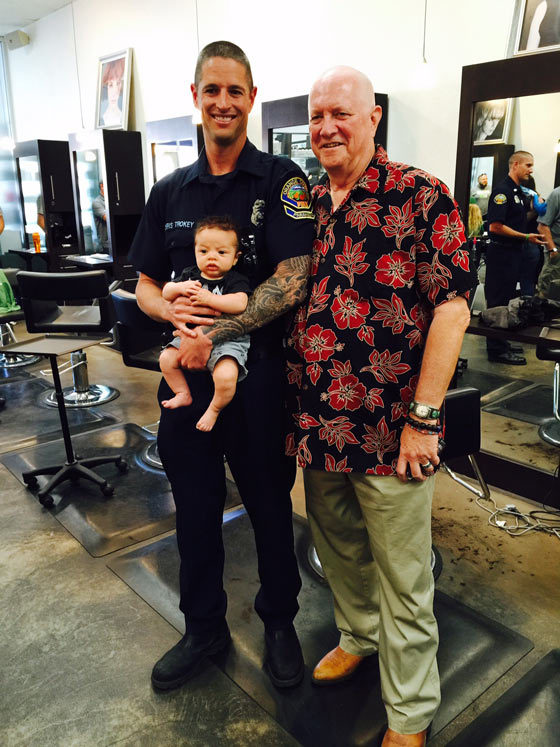 Michael and Chris Shannon and Trokey

Michael Shannon is a doctor that was told that a baby (Chris Trokey) had a 50/50 chance at surviving and decided to stay with Chris until he got better and he did. About 30 years later, Chris, as a paramedic, helped save a man from a terrible car accident that caught on fire. When they rushed to the hospital to get this man recover, Chris was shocked to find out this man's name. It turns out that this man Chris had saved was Michael Shannon, himself, who had also save Chris from dying. After becoming fast friends, Michael and Chris came up with idea to raise money to help other people's lives by creating a fundraiser. According to Michael, 30 heads were shaved and they raised $12,000 at their fundraiser benefiting St. Baldrick's charity. I just thought that this amazing story inspired me so much that I would recognize it in this website. It has showed me that it is a small world after all and that you should always help someone who has already helped you or even if they didn't help you at first, you can still help them. Maybe it was an accident or not, but something made the two heroes meet again after 30 years and do an amazing action that was for a good cause. So I would like to thank Michael and Chris for their help and I would like to thank the people who agree with me that these people are great heroes.