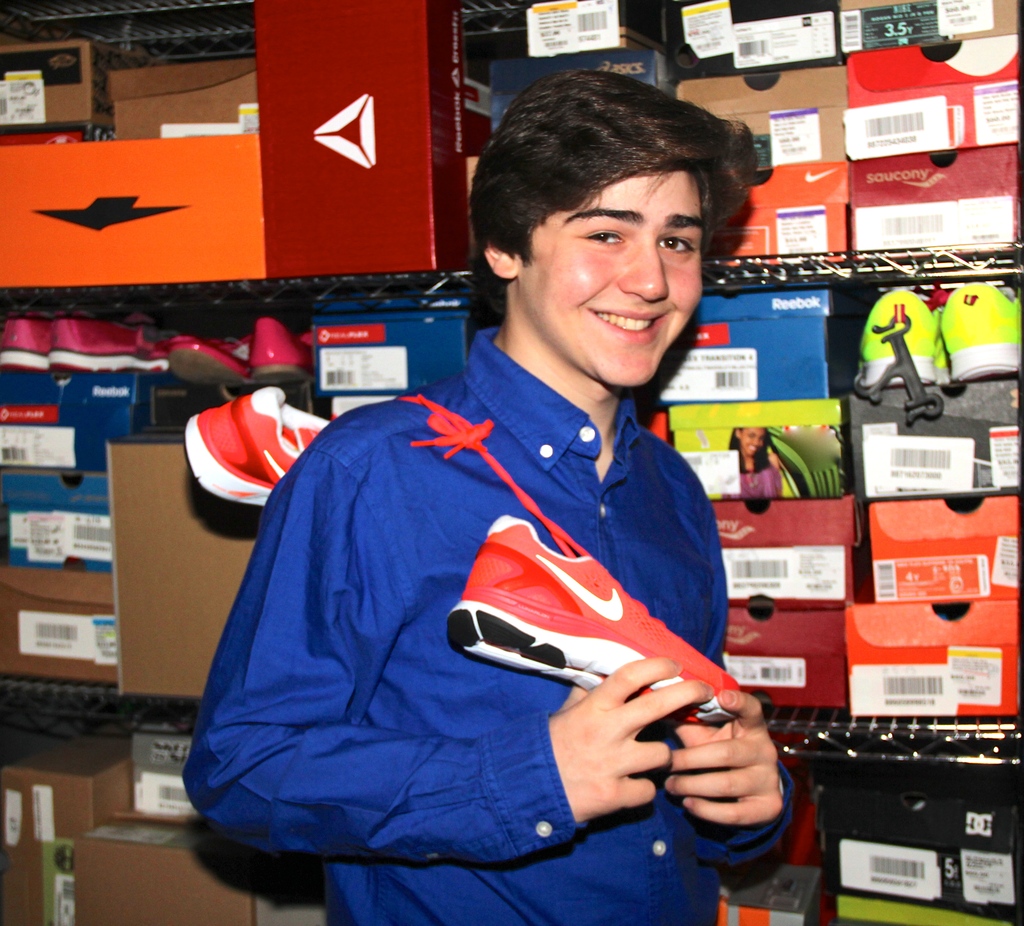 Nicholas Lowinger is a peacemaker and hero. At seventeen, he is an incredibly compassionate young man, who has made it his life’s purpose to advocate for equality for homeless children and to engage young people to take action and make the world a better place.
While volunteering at a homeless shelter when he was 5-years old, Nicholas met children who had no footwear, or were wearing shoes that were falling apart. Children told him they missed school because they shared footwear with a family member; others said they were bullied because of the condition of their shoes, and many felt ostracized by their peers, or had low self-esteem. Nicholas saw this injustice and immediately took action, he began donating his gently used clothing and footwear, but he was frustrated because his shoes were never the right fit.
In 2010, when Nicholas was preparing a service project, he knew he could realize his dream of providing homeless children with new footwear to call their own. He decided to start the nonprofit, Gotta Have Sole Foundation, in order to start this initiative and create a sustainable organization to make change. Nicholas engaged his community to collect new shoes; he contacted footwear manufacturers for donations, and served over 400 children in Rhode Island during his first year.
With the help of over 2,700 volunteers who package footwear for shelters, and create personalized cards with messages of hope to accompany the shoes, Nicholas has donated new footwear to over 28,000 homeless children in 36 states. Over the next few years, Nicholas’ goals are to: donate new shoes to homeless children in every state by the time he graduates high school in 2016 so these children feel cared for; to begin to change the public’s view of homelessness in the US and to increase their empathy; and to open up athletic and social opportunities for all children, no matter their financial circumstances.
Nicholas has had the opportunity to share his passion and address almost 10,000 students and adults across the country; spreading his message and engaging thousands in this cause. Through the Gotta Have Sole Clubs, he has mobilized youth leaders to adapt the Gotta Have Sole approach within their communities. Club Members first learn to recognize the true face of homelessness in the US, and then to take action by donating new footwear to their disadvantaged peers and organizing corresponding after-school programs for them. This club model and student engagement bridges the gap between homeless and non-homeless children by creating a more compassionate and unified community.
One of the qualities I admire most about Nicholas is that he is extremely humble. Having received numerous awards for his efforts, including Nickelodeon HALO Award, a Muhammad Ali Humanitarian Award and a Jefferson Award for Public Service, Nicholas views these as opportunities to spread his message, and reach more homeless children. Nicholas continues to work with quiet determination, never expecting recognition, and motivates everyone around him to be more compassionate.