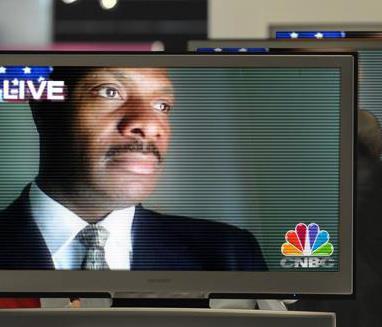 My Hero is a homeless man Oliver Roy is a native Washingtonian and a divorced father of four boys, two of whom has special health care needs. Mr. Roy recounts those early years when he focused on raising and providing for his four boys to the point of having to give up his job as a computer technician. As he struggled through uncertainty and homeless, he never considered giving up because he was raised in the foster care system and did not want his boys to have that experience. For a time, Mr. Roy and his sons lived in a shelter and during this time, Mr. Roy was also trying to understand and manage behavioral issues with one of his sons. He was introduced to Medicaid and his son was diagnosed with attention deficit hyperactivity disorder and mild developmental delay. Mr. Roy acknowledges that he did not know what he would do without Medicaid through which he gained an understanding of what his son was experiencing and what his needs were; he was able to secure necessary medical services and resources for his son. Medicaid resources helped Mr. Roy learn how to manage his son’s powerful medications and also how to work with therapists, doctors, and school officials on behalf of his son. He was sympathetic toward other parents who were in the same position as he, and who might not know what to do; so he took what he learned and shared it with others parents of special needs children.
Mr. Roy found several venues through which to reach out to parents and served on numerous committees and advisory boards. He was the one of the first parent to participate in an experimental round table which included various District of Columbia Government Agencies and Health Services for Children with Special Needs, Inc., (HSCSN). These agency and organization representatives met regularly to discuss wraparound and reunification services for parents of children with special needs. Through this exposure, Mr. Roy found housing for his family and was able to move from the shelter. The District staff helped Mr. Roy get a Section 8 housing voucher as part of a program to reunify families, As Mr. Roy began to rebuild a life with his family, he also began to advocate on behalf of other parents of children with special needs. Mr. Roy serves as an unofficial advocate for male caregivers, accepting invitations to speak to groups across the District and as far away as New York and Florida. He tells his story, including how he was in foster care as a child.
He is a member of the Male Caregivers Advocacy Support Group, (MCAS) and advocates tirelessly for male caregivers of special needs children through presentations at both local and national organization meetings, workshops and conferences. He also served as chairperson of the Parent Advocacy Leaders Support Group (both are parent support groups are sponsored by HSCSN). Mr. Roy has worked as Epilepsy Advocate for HSCSN under a grant received from the Department of Health, and served on the Mayor’s Advisory Advocacy Committee on Early Childhood Strategic Planning Taskforce, just to name a few among many other committees.
Mr. Roy accepts invitations to speak to groups both nationally and across the Washington Metropolitan area. He tells his story of how he was a product of foster care only to become a foster parent himself by taking in two children with special health care needs. He receives multiple calls each week from parents seeking assistance on how to navigate through health, education, and social service systems. Among his many awards, in 2005 Mr. Roy was named “D. C. Parent Leader of the Year by Parents Anonymous® and DC Children’s Trust. Today, he still stands strong as an example of a caring father and advocate for male caregivers of children with special needs and parents.