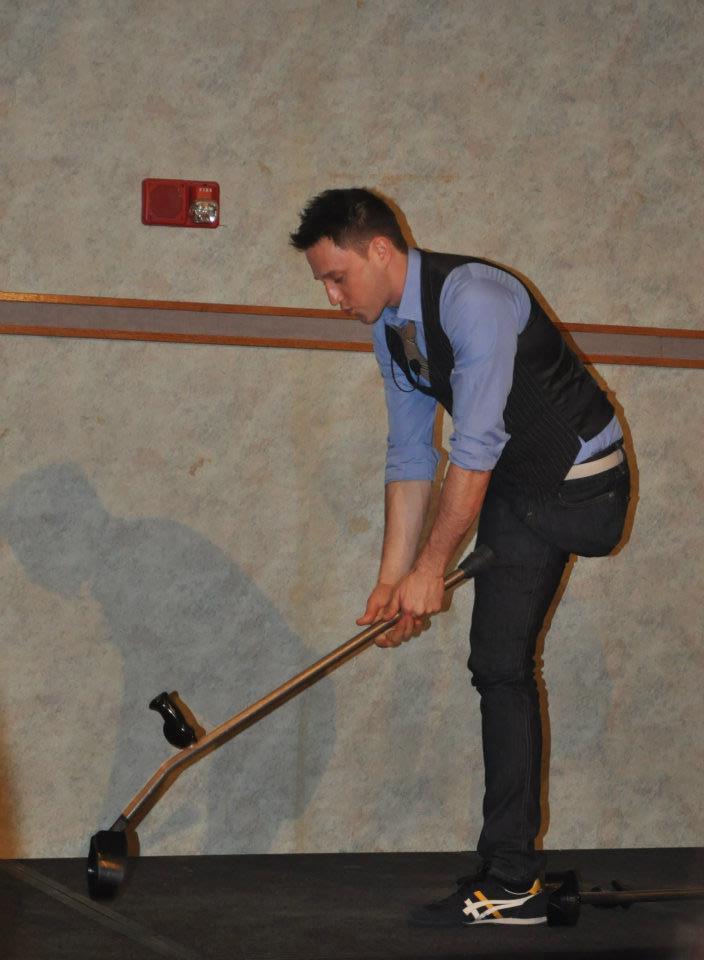 Josh sundquist lost his leg to cancer when he was nine years old. I have not had any kind of experiences like his. Lots of people all around the World do experience these tragedies. I met Josh in Louisville, Kentucky during the National FFA convention. He was very inspiring and motivational. His story was so moving and made me want to change my attitude. He is very humorous and positive toward life. When he wants something he gets it. He is not afraid of life which helped shape his life.
The loss of his leg did not stop him from being a paralympic ski racer. When he turned 17 he moved to Colorado to pursue the sport full-time. For six years he trained hard and participated in competitions. The United States chose him to be in the Paralympic Ski Team in 2006. He participated in the Alpine skiing event in Turin, Italy. Although he did not win any medals, his story is very uplifting and inspirational to people all around the world. His ski racing slogan was “One more thing, one more time”. In 2006 he also won the Body-for-Life contest. This contest or challenge is all about conditioning your body and is powered by EAS Sports Nutrition. He retired after he went to the paralympics and returned home in Williamsburg, Virginia. He graduated and got a degree in business from the college of William and Mary’s Mason School of Business. He later then earned a masters in Communication from the University of Southern California.
Josh is a motivational speaker and speaks to groups all around the world. At age 16 was when he gave his first motivational speech and has been speaking ever since. He has given a speech for big companies including Wal-Mart, The White House, Boy Scouts, Children’s Miracle Network, RE/MAX, and National FFA Organization. His motto is “Just Don’t Fall”. He actually wrote his own book after his motto and it became a bestseller. He also wrote another book called “We Should Hang Out Sometime”. Josh has his own Youtube channel as well. He is in a couple of them with Wheezy Waiter and TomSka. Lastly, he is on facebook and Twitter.