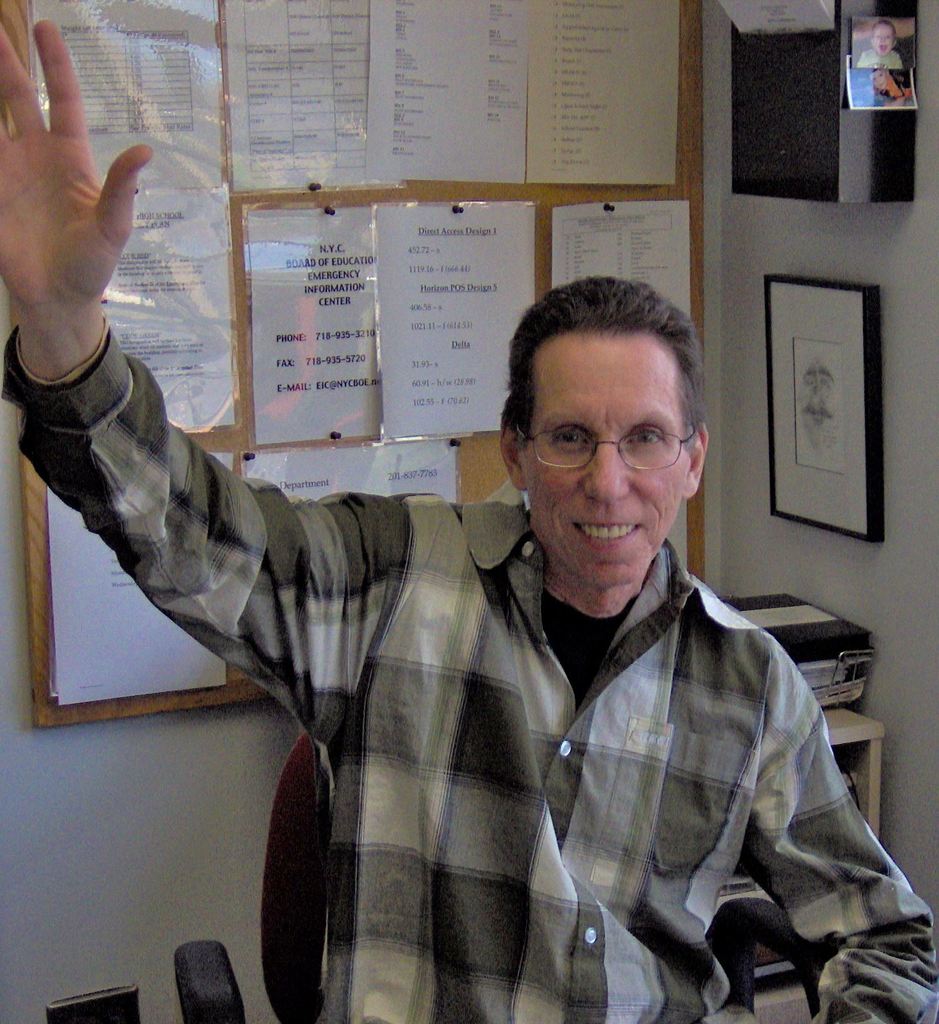 Dennis Cohen, our esteemed director and president, passed away on August 22, 2012. Mr. Cohen, a prominent educator, spent forty years mentoring thousands of children who flourished in the Community High School, Teaneck, NJ.
Born in Brooklyn, NY, Dennis Cohen grew up as a classic “city kid,” spending all of his time and summers in New York City where he attended Brooklyn College and worked delivering groceries, driving a taxicab and as a lead poisoning inspector for the New York City Department of Health.
In 1971, Mr. Cohen traveled to Massachusetts where he began his educational career working in the Freshmen Year Program at the University of Massachusetts in Amherst and in Smith College’s Transition Program in Northampton. It was at UMass-Amherst where he achieved his graduate degree.
For five years, Dennis Cohen was a high school teacher and program coordinator at Community School, located in Englewood, NJ. It was there that he fell in love with our school’s mission and decided to make it his life’s work. Mr. Cohen shepherded the school through several moves from Englewood to Demarest to Westwood, NJ. Following our school’s move to its current location in Teaneck, NJ, and the branching off into two separate schools, Mr. Cohen was named president and director of both schools: Community High School and Community School Lower School. He remained in this role until his untimely passing.
Perhaps the greatest example of his exemplary leadership occurred on March 12th, 1998, when the Westwood, NJ campus of Community High School was destroyed by fire. Within days of the fire, all of our students were back in class in local schools. In a matter of a few months, and despite naysayers who said it couldn’t be done, Mr. Cohen found our school a new home. The former St. Anastasia’s School in Teaneck was remodeled and converted and Community High School began classes in September, right on schedule.
During his tenure at Community School, Dennis Cohen volunteered to assist the State Department of Education in various functions: The Commissioner’s Advisory Committee for Non-Public Schools, Private School Monitoring Teams (chairperson 1983 and 1985), Advisory Committee on Private Schools for the Handicapped, and Special Education Advisory Council.
For the past forty years, Dennis Cohen’s goal was to make all students at Community School feel good about themselves. His excellent sense of humor entertained both students and peers. His colleagues regarded him as a perceptive listener and an expert in conflict resolution. He felt that an effective administrator needs to be willing to create compromise. Perhaps Dennis’ strongest suit was his consistent work ethic, which ultimately allowed him to tackle problems that might otherwise have remained unresolved if fewer hours and a lesser effort were applied to the issue.
Mr. Cohen’s legacy will live on for the thousands of children who benefitted from his knowledge and expertise in the field of education. He will be sorely missed by his students, his faculty and every one of the lives he touched throughout his stellar forty-year career.