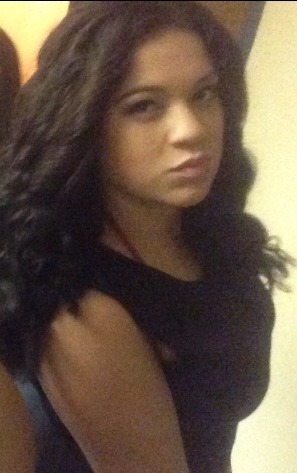 "A true hero is not measured by the size of his strength, but by the strength of his heart." There are so many reason why My hero is someone I hold close to my heart. She is someone I admire and look up to with each passing day. My older sister, Nicole is the hardest working person I've ever known. She never stops trying to better herself and to help others. My sister works 40 hours a week at McDonalds to put herself through college. Shes a Junior now and has been doing this for 3 years. She has come such a long way and has now become a manager thanks to all of her extra efforts. She also pays all of her own bills and practically raised me when we were younger. Nicole is by far one of the most determined young women I know, and she would do anything for anyone in an instant. Nicole is in the Greek organization Phi Sigma Sigma and has held over 8 different positions since she joined in 2012. She attends as many charity events as she possibly can and i admire her for that. My sister is the type of person that you can borrow money from and she doesn't expect it back. She's the person in front of you in the coffee shop that pays for your order as well as her own. She's the person that thoroughly enjoys philanthropic service and just wants to see change in the world; even if she has to do it alone. My sister is the person that uses her manager meals from work everyday to feed a homeless man just because she can. I could sit here and continue to brag about her and everyone that does know her would tell you that you should be jealous because she's just that amazing. Nicole inspires me to be a better version of myself everyday, even when I mess up she still supports me and stands up for me when no one else will. She's the most beautiful, compassionate, driven, and kind hearted woman and I could not have asked for a better role model or sister!

I love you, Sissy