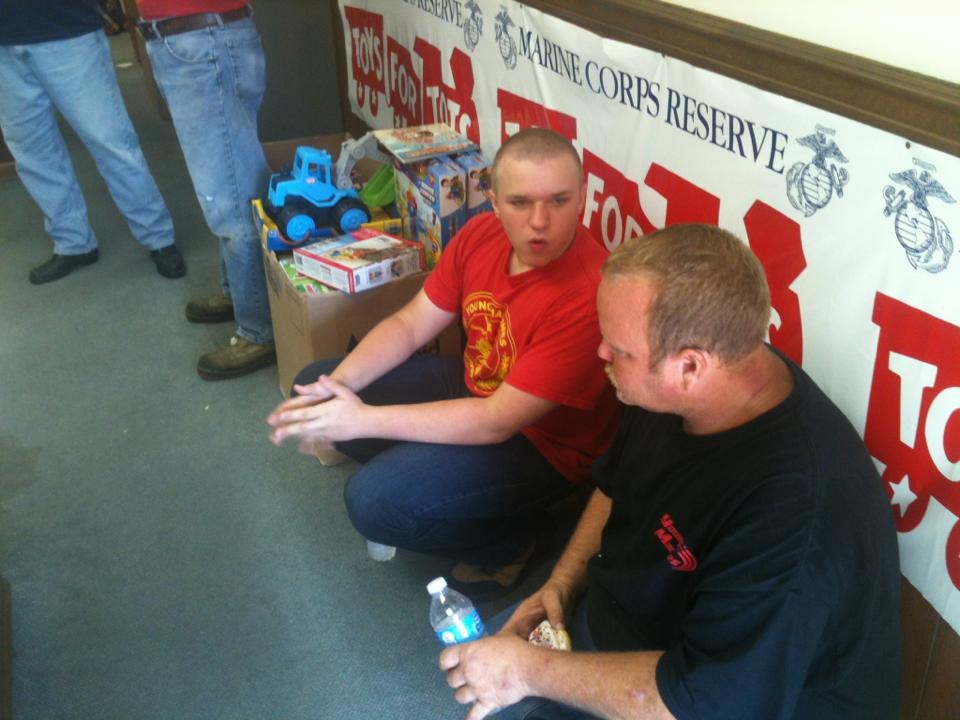 Richie has dedicated his time repeatedly to serving the Veterans of our community through over 260 hours of Community Service in 2013. He is a Young Marine as well and has pushed to help bring down the Drug usage in his community. Richie is a fine example of our youth working for something better always. This past year while serving the community he has dealt with far more. His father has been ill and instead of letting that bring him down he continues to serve those that have served. He comes from a line of Marines and plans to join the Military hisself upon Graduation from High School next year. Richie gives hope to so many as he is also a published writer that donates every dime of profit to 501c3 Veterans Organizations. He has achieved so much in his young life but never see's any of it as anything every other American should be doing and that is what makes him my hero. Picking just one for him was a hard task but "devotion" seemed fitting.