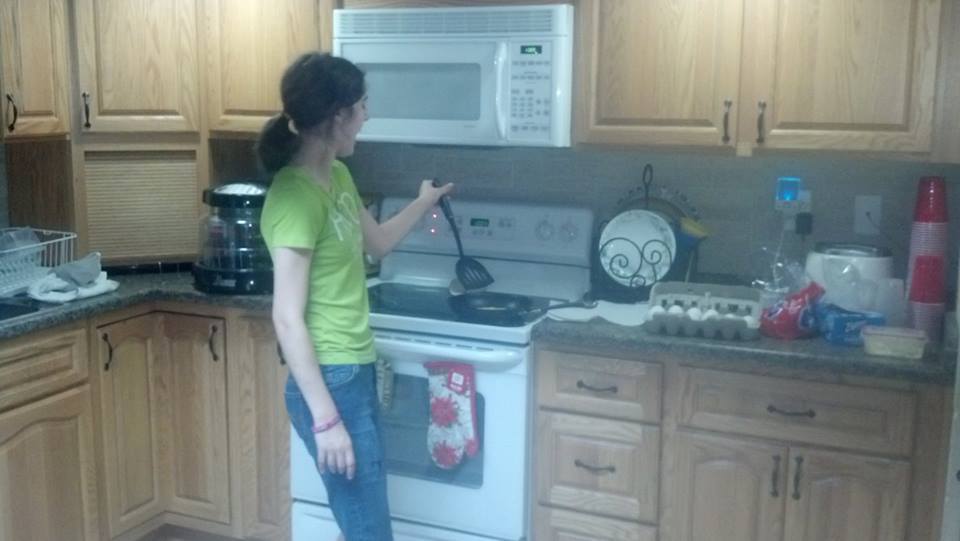 My Hero
Cerebral palsy is a disorder that cause disabilities mainly in movement. This type of disorder makes every tasks excruciatingly difficult. Kayla Kudick, my friend from Southern Door High School, deals with this every day, but maintains her status as a normal 16-year-old girl. I consider her a hero not only for her strength in dealing with this condition, but also for her grace and perseverance in doing so.
I saw Kayla in the halls and had her in one of my classes and observed that she had trouble talking and walking like the other kids, but I never knew exactly what she overcomes every day. One thing I knew for sure, though, was that she insisted on not being treated differently. Kayla’s perseverance may be linked to the fact that her father died when she was younger from cancer. She said to me, “I just want to make him proud. I want him to be happy watching me.” It’s safe to say that he is.
I can guarantee her father was proud when in our English classes we were instructed to give persuasive two to three minute speeches to the class, and Kayla insisted on giving it in front of her class instead of just for the teacher due to her speaking problems. Some of her peers laughed, but she continued to carry herself with grace.
Her grace she exemplifies is evident every day. Every day Kayla answers questions in class instead of being silent, walks to her classes without help, goes to regular classes instead of ones where she won’t be laughed at in, and shows that she is strong enough to just be herself. Instead of getting upset at her situation, she uses it as fuel to propel her to amazing things.
Kayla is a hero to me for her immense strength she uses in life that we could all use as a lesson. The students that laugh at her are much weaker than her and she knows it. Instead of getting upset about her cerebral palsy, her father’s early death, or her bullying she shows everyone that nothing can get her down. She inspires me to do the same every day with her same grace and perseverance.