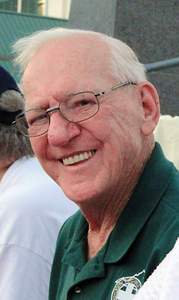 Del.Charles Poindexter and State Sen. Bill Stanley have introduced a resolution in the General Assembly commending Jack Swicegood, who has been inducted into the Virginia Association of Volunteer Rescue Squads Hall of Fame.

Swicegood has been a member of the Franklin County Rescue Squad for more than four decades. He joined the squad in 1967.
The resolution notes that Swicegood has answered calls at all times of the day and night, providing critical help and information to local residents, and supporting his fellow volunteers.
He is the first Franklin County resident to be inducted into the state Rescue Squads Hall of Fame.
Not only did Swicegood answer calls, but he taught hundreds of people from throughout the state first aid, CPR, EMT, EVOC, vehicle extrication in order that they could serve others. He also taught first aid and CPR to employees of local industries and businesses.
He instilled in his students the fundamental beliefs that helping one's community is worthwhile and noble, and that one can find real personal satisfaction in service. Swicegood is credited with forming five rescue squads throughout the county, including Ferrum, Glade Hill, Snow Creek, Fork Mountain and Cool Branch. As a results of his efforts, he has been named a life member of all five squads.
Swicegood served as chaplain of the Franklin County Rescue Squad for 15 years.
The General Assembly resolution says that Swicegood has "spent countless hours serving his fellow residents."
He was inducted into the hall of fame last September before 1,500 fellow volunteers at the annual Virginia Association of Volunteer Rescue Squads banquet in Virginia Beach.
The resolution expresses the General Assembly's congraluations and admiration for Swicegood's "lifetime of distinguished service to his community."
These are not his only accomplishments. He and my grandmother opened and ran Rainbow Child Care Center in our community for 25 years, assisting in the growth and character building of hundreds of kids.
He is a great man and a great grandfather.