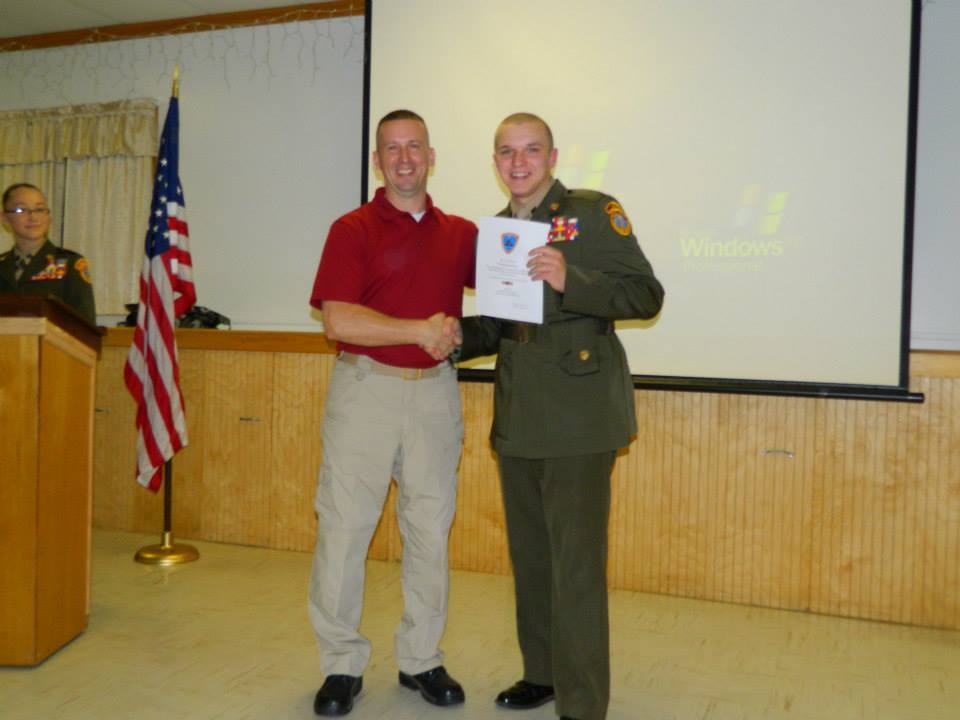 Picking one value for this person was extremely hard for me. He goes by a few different names based on the hat he is wearing. Sometimes he is Young Marine Staff Sergeant Pope, sometimes he is the writer Richard K. P. Morrison, and sometimes he is just Richie. The reason he is my hero, is the overwhelming commitment he shows to our nation's veterans and the commitment he shows to his friends and family. Richie has seen his fair share of grief through losing four friends to Suicide. He responded to this by writing a book dedicated to them which raises awareness of Suicide. Along with that book he has written three others. On top of that he doesn't even keep the money. He donates it all too Veteran charities He always preaches that money is not what makes people rich and that is why he does it.
On top of that he is a Young Marine, and is always in our school. He sets up a drug free table He is a Young Marine Staff Sergeant, and loves what he does. One day he was asked about what he has done with the Young Marines. He responded by explaining about all the different missions he has done serving our nations veterans. One time he told us about how he earned a National Life saving award. Instead of sounding proud like he was a hero, he sounded so nonchalant like it was part of his job. Someone said "Dang I know a hero", Richie turned to him and said that what he did; did not make him a hero. He said all it meant was that he was in the right place at the right time. Richie also had over 250 hours of community service in 2013, mostly from helping veterans. Again he played it off like it was nothing. When I asked about it, all he said was "They risked their lives for me, this is the least I can do."
Richie will always be my hero for one other reason, one day I was being messed with and he stood up for me. He walked up and told the kid to stop making fun of me. The kid just started laughing and Richie told him that he shouldn’t be laughing because he was good at being mean. It didn’t stop the bullying but it helped me know someone cares. This is why I picked commitment. Never have I met someone more committed to their friends, family, community, and our veterans. He is always doing all he can for everybody, and never asks for anything in return. That is why I have nominated Richie; he is honestly the nicest most giving person I have ever met. He plans to join the military himself, which surprises no one. He wants to show commitment to his country too. I am honestly lucky to know him, and he will always be my hero even if he does not think he is one.