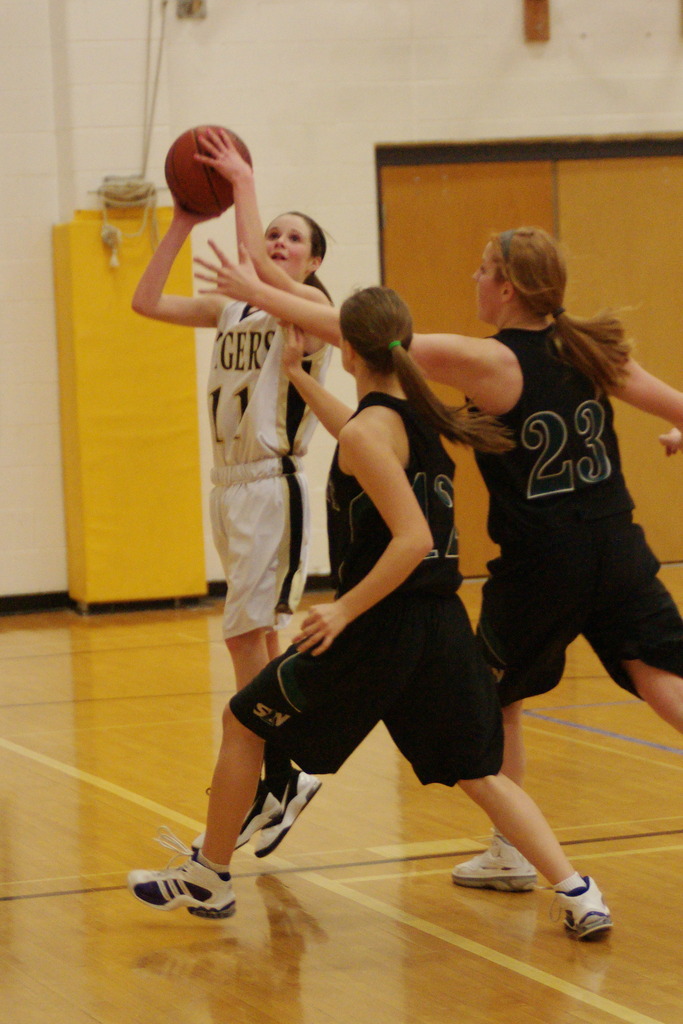 Kylee Bliss was an athlete. She was always active, inside or out, and most often with a ball of some kind in her hand. Kylee decided to focus on basketball in high school. After leading the team her freshman season, she suffered a concussion the first night of basketball tryouts her sophomore year. Unfortunately her recovery was longer than the usual 2-4 weeks and by mid-December, she began reporting fewer symptoms and then no symptoms so she was cleared to return to practice. Her third game back, she was struggling to gain control of a loose ball and as she fell, the back of her head hit the floor and she suffered a second concussion. The next 18 months were a struggle for her learning to live with post-concussion syndrome (PCS). Everything that had made her feel good about herself; that had given her an identity, was suddenly gone. She was not able to participate in any sports, she went from being an honors student to being a special education student and her cadre of friends was reduced to one. She couldn’t take the visual stimulation or noise of movies, dances, music or ballgames. She had to have medication to be able to focus in school, she had to wait to change classes until after everyone had cleared the halls because of the noise and visual stimulation, she had to have help to organize her thoughts to be able to write a paper, she had to have books read aloud to her while she was reading along for her to have a chance to remember anything. She had chronic headaches making her miss school frequently. Practically everything she had been able to do easily prior to the injuries, was now extremely difficult and took much, much longer. She had always dreamed of being a doctor, but with her cognitive challenges, she questioned if she would ever be able to achieve that dream. After vestibular therapy the summer after her junior year, Kylee came home with more excitement than she’d had since she left school the day of basketball tryouts 18 months earlier. She said she was going to start a Foundation, raise money for research and create awareness of PCS. In August, Kylee created the HeadsUp Foundation for PCS. In the following two months, she raised more than $10,000 in sponsorships for the First Annual HeadsUp 10k Trail Run & 5k Walk and had more than 100 participants. She has created a Web site and has spoken to athletes, coaches and parents to help them understand the importance of following protocol after a concussion and not returning to play too soon. Kylee still has to work very hard in school, she still cannot play organized sports, but she says she isn’t frustrated or sad anymore because she knows sharing what she has gone through is helping keep others from suffering as she has. There are many who would have given up with as much loss as Kylee suffered, but instead she has shown how much good can come from perseverance.

Kylee’s full story can be found on www.HeadsUpKC.org.