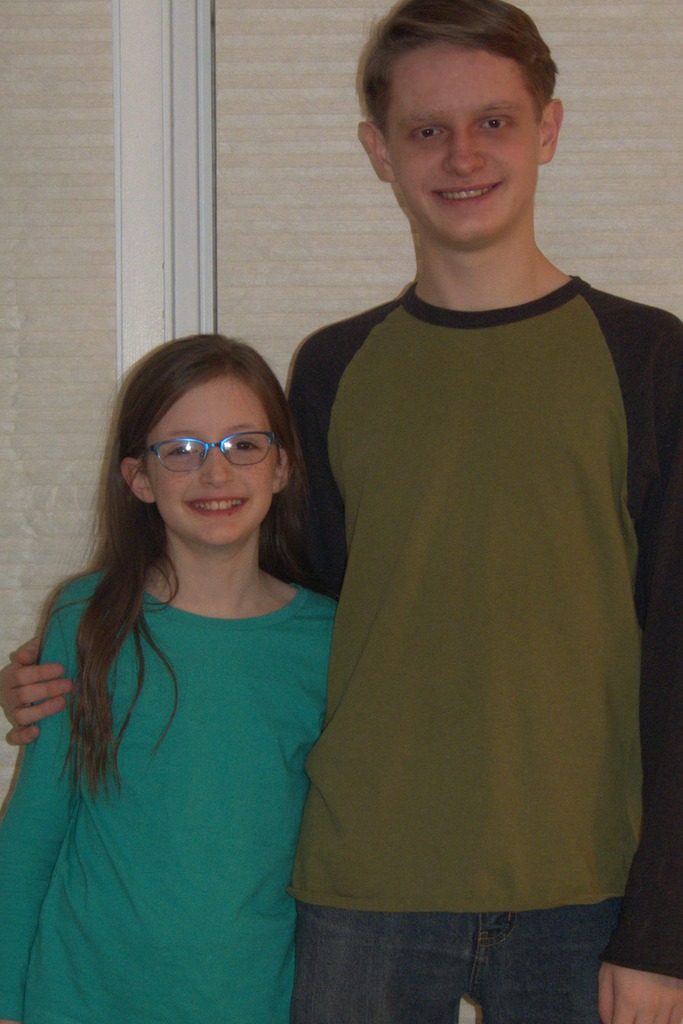 My hero is my older brother Corey McNulty. Corey shows many virtues. One virtue is perseverance. Last year, he didn't make it to be in a very special group for singing, called madrigals, he kept on trying. Instead of just giving up, Corey asked the director what he should work on for the audition the next year. Since he did all of that hard work, Corey made it this year. It showed me that I shouldn't give up, either, if I give up at first.

Another virtue Corey shows is generosity. Corey shares his time helping the poor and mentally handicapped kids.in a group called Squires, which is Junior Knights of Columbus. He not only is helpful to the poor and handicapped kid, but also to his own sisters and brother. Even when we are bothering him and telling him bothering or annoying stories, Corey still listen, which shows even another virtue, patience.

one of my favorite things about Corey is the virtue of being sacrificial. The reason I like this one so much is because it happens so often. Since Corey is allergic to very many foods, he can't have many treats and deserts that we eat. Instead of just mopping or whining, he visits and talks with us until we are all done eating. Corey doesn't complain, but instead, he makes us laugh with fun stories or jokes. All these virtues, and even more, show the world that it doesn't matter who you are, you can patently except bed things with joy, help others, and when you fail, keep on trying.

Corey helps me realize what I have done wrong, and how I can fix that. Even when he does get angry, he changes his attitude very fast, so that no one notices it much. If there is anyone I would want to be like, that person would be Corey, because of all the virtues he shows.

I haven't even mentioned all of the virtues. Here are some others that he shows a lot: Humility, joyfulness, prudence, faithfulness, wisdom, and especially love! I am very thankful to have my wonderful older brother Corey McNulty.