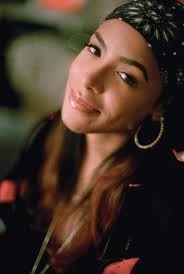 Aaliyah was more than a woman. She was a daughter, sister, lover, and dear friend. She had great talents that the world only experienced for a short amount of time. She proved herself throughout her career, plus she was a new take to R & B music. Throughout her life, she taught me something that I will never forget.

Aaliyah Dana Haughton was born on January 16, 1979 in Brooklyn, New York. She was a child of talents of how she had the love for music at a young age. Throughout her childhood in Detroit, she was already learning and practicing on her dancing and singing. Her whole family, especially her parents Michael and Diane Haughton, had supported her no matter what. When she was ten, Aaliyah was on her favorite show “Star Search” to sing “My Funny Valentine.” Although she didn’t win, that wasn’t the end of her career.

In the 1990’s, Aaliyah was twelve when she was signed to her uncle’s record company. By that, she started to gain fame. She was really beginning her career, and she was ready for it! As always, Aaliyah was true to herself, and didn’t let the fame get to her. She always said something that should give you the idea that she wasn’t all about fame. Also, there were silly rumors about her being married with a twenty-seven year old singer named Robert “R Kelly” Kelly, but that didn’t worry her. She was proving herself right to her fans.

As Aaliyah’s name was getting bigger over the years, and turning into a young woman, Aaliyah decided to work on something else besides music. She started to do acting and starring in films like Romeo Must Die. That was a great success besides her modeling and dancing. She won so many awards for her movies and songs. One award that she won was a MTV Music Award that she won for her song “Try Again.” That one was special to Aaliyah and to her brother, Rashad Haughton.

Already, Aaliyah was living her dream with her family, friends, and boyfriend, Damon Dash. In 2001, Aaliyah was shooting her hit song “Rock the Boat” in the Bahamas. Her team was with her and they were making a hit. Then on August 25, everyone lost the fallen angel in a plane crash with nine others. That shook the real and music world. Her funeral was emotional with mourners and people who really knew her. Then, all of her friends, including DMX, did a tribute to her with her hit song “I Miss You.” Everyone lost someone that they cared about.

Since it’s more than a decade since Aaliyah’s death, she really taught me something. She taught me to never give up on anything you love. That was a main thing that I loved about her, she even taught that to herself and to others. Looking back at her life, she was really inspirational. It’s heartbreaking that we lost a her from this earth.