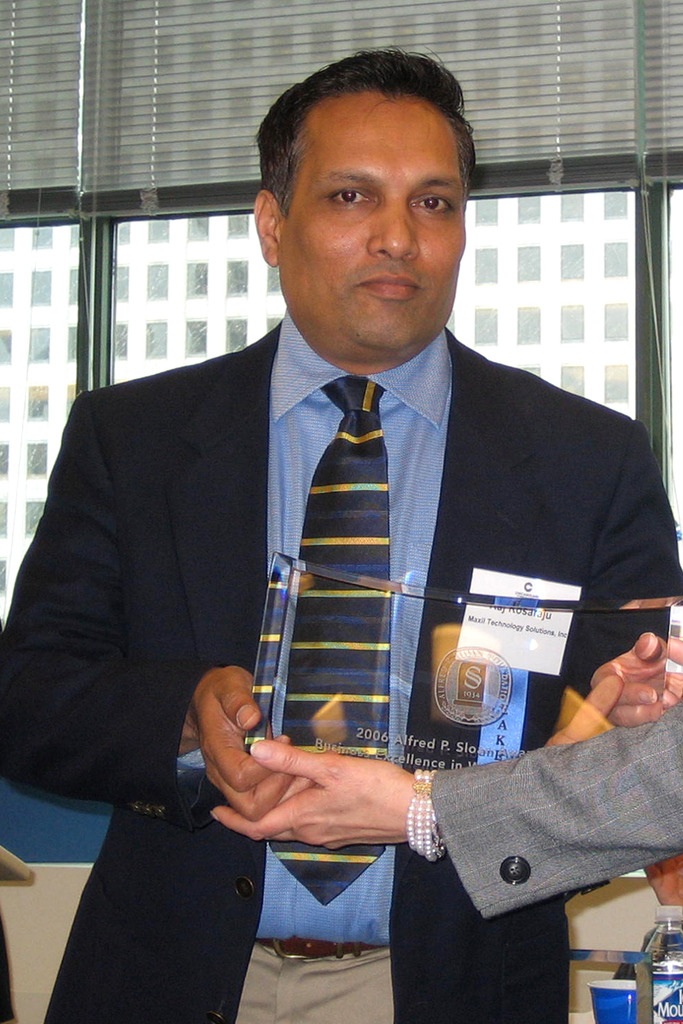 As an Information Systems professional, Kosaraju has played a critical role with different organizations globally and has been part of many teams of various businesses. He says,” If you believe you have enough skills, knowledge, and expertise to address the problem better than others in the market, you are set to roll immediately. If you are clear in what you want to do and want to garner experience before starting-up, find the right job as that is the key to get the required experience”

Right from its inception, Raj has been emphasizing that, technology is more of a necessity for achieving a position of eminence in the competitive business world. What has helped this company make the most of the available technological advancements is the realization that, technology plays a vital role in improving the efficiency of work as well as in delivering a convenience platform to their valuable clientele. Schools should increasingly teach risk-taking, creativity and innovation for the next generations to have the skills and confidence necessary for a career as an Technology entrepreneur.

Much attention these days focuses on the convergence of mobile and social media, which gives users a range of powers: awareness, influence, advocacy, authority, velocity, generosity, reach, and richness. Many emerging economies are now being regarded as ‘mobile first’ or even ‘mobile only,’ depending on cross-media access for citizens. However, not all societies are the same when it comes to embracing mobile media: they vary along the maturity curve of being phobic, neutral, aware, capable, centric, and transformed via mobile.

Systems today are growing increasingly complex and IT is less and less able to respond with the agility and flexibility required to keep users happy and productive. IT administrators need to escape the endless cycle of patching, upgrading, and managing servers and desktops. We worked on a model where we hoped that IT would be able to focus its resources on partnering with the business to design and build solutions that create real competitive advantage. This model would allow IT to move from a world of large capital outlays based on estimates of future needs to smaller operational expenses that match actual usage.

Yes, we do have our share of awards and accolades. Under our able leadership , we have managed the following key accolades:
• Maxil was ranked 148 By Deloitte Technology Fast 500 in 2005
• Maxil ranked by Inc 500 (Inc rank # 411) in 2006.
• Maxil ranked in top 100 by “Silicon India Magazine” in 2005.
• Ranked number 3 in the “Best Places to work in Illinois” 2006.
• Maxil ranked 91 in the “Global outsourcing 100” Fortune- April 2007 edition.
• Ranked 98 in the “Global Outsourcing 100” Fortune- April 2006.
• We have also won the prestigious Alfred C Sloan Award for Work place Excellence for the Chicago region in 2006.
• Was one of the Nominees for the 20th Ernst & Young Entrepreneur awards program (Lake Michigan area) in June 2006. Nominations and awards are given each year to entrepreneurs in over 100 cities and 35 countries who have demonstrated excellence and extraordinary success in such areas as innovation, financial performance, and personal commitment to their businesses and communities.

Convergence of IT and Social Networks

People, Place, Product, Traffic, and Revenue. We have had a chain reaction, with first having the right people, having the people build the right product, which in turn leads to traffic, and the traffic ultimately leads to revenue online. So, it’s kind of a chain reaction working like a funnel: getting the right people to build the right product; the product has to be good for users to come in; and, once you have the usage, you can continuously grow it, and get the advertisers.

Early social networks tried to do everything themselves, and one thing we realised early is that no one company can do everything themselves. Instead, we should focus on doing a few of the core things and build platform that helps other companies build great apps. Three pillars of our platform strategy, therefore, are: Build, Grow, and Monetise. If we can help people build, grow, and monetise their social apps which are more human, then I will feel real good.

Running transcends race, wealth, social status, gender, religion and every other divider we use to separate ourselves from others. As people, our whole brain is wired towards communicating with other people, and a part of our brain is focused on seeing these micro expressions and thought processes, emotions from other people. And the way we built software and services are innovative and transformational.

We are planning to support Haitians change Haiti through education by working with schools, churches and organizations to transform communities in the coming years. We are also working in Bhutan and Tibet in the education sector since the past two years.

In the technology field, there is a huge adoption of mobile phones and data plans in both Asia and Latin America . Both face similar challenges in providing services like healthcare, education and access to information, where internet access and mobiles could play a significant role.