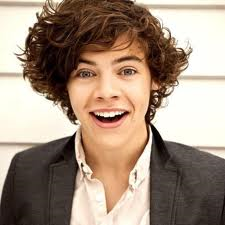 “A dream is only a dream, until you decide to make it real.” These are the amazing words said by Harry Styles. Harry Styles deserves to be nominated as a Values Nominee because of him and the rest of One Direction shared their talent with girls all over the world. He and One Direction inspire me because I’ve never thought that a small town kid would even end up in one of the biggest boy band groups in the world. That might not seem like a lot to others, but it is to me. This gives children all around the world a chance of hope that they would someday be like you; knowing that you believed in yourself. Many people haven’t put much thought into who One Direction impacted in the world, but I think you all impacted teenagers all over the world. I personally think every girl all over the world love the feeling of love. You’ve changed many people’s lives and I’m proud to be called a Directioner.