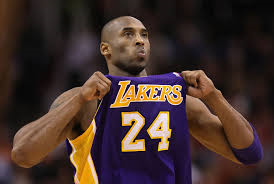 I could have written about anyone, but I chose to type it about the legendary Kobe Bryant. He is a perfect example because he teaches young boys and some girls from the ghetto that anything is possible. I researched that Kobe didn't have time to really play around with his friends. His friends on the basketball team were the only people that he had time for. He stated," I didn't have time for distractions out of school because I know they had people that wanted me to fail." this tells me that you have to get rid of the petty stuff, grow up, and take responsibility. He led his teams like a true young leader. This helped him in the NBA because he knew how to buckle down and take charge of the game. That is why Kobe Bryant is my hero, he is a perfect role model to teach and develop character, responsibility, and success with hard work and education.