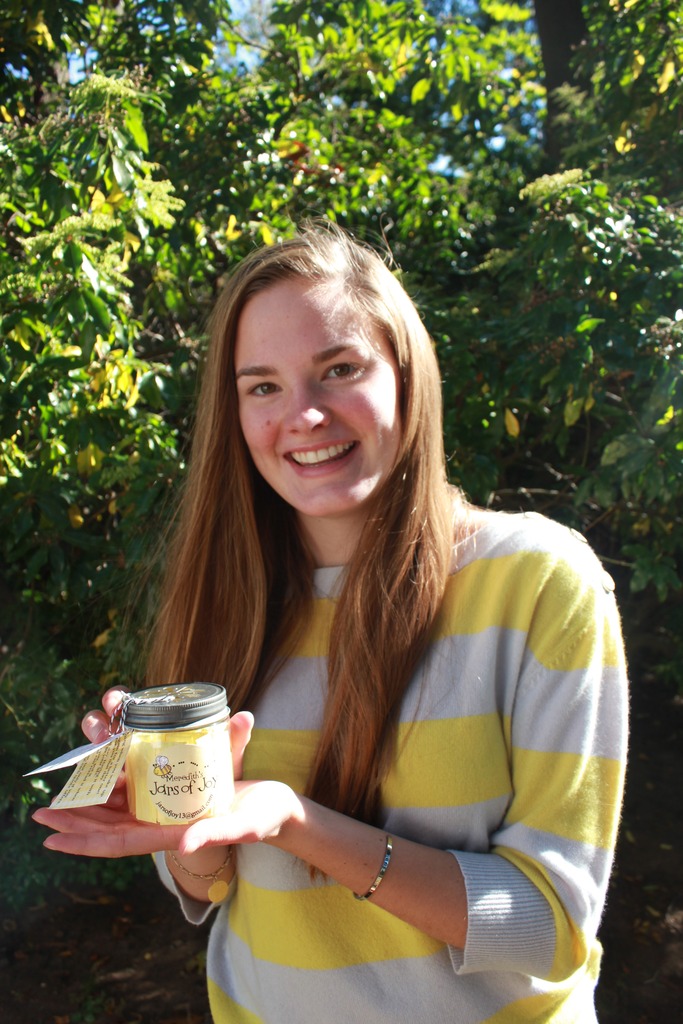 Meredith Robertson is my hero. She is not out of the ordinary. She's not a firefighter or a surgeon. She doesn't risk life and limb nor stand against an insurmountable issue. Yet, she ties families together, brings meaning to people's lives, and even has saved one life, if not more.
Meredith is the humble founder of "Jars of Joy." Each small mason jar contains slim slips of paper. The papers are quotes some short some long each with an inspirational message.
Meredith freshman year of high school was a rough one. Through the stress she began to carry around a quote a day with her. The quotes were meant to remind her that life is full of happiness. They acted as a way to hold onto a physical reminder of that joy.
As Meredith's freshman year came to an end and things began to brighten she hoped to spread her joy. With the help of her mother and younger sister, Meredith complied hundreds of quotes and put them into her jars.
Each jar is sold for ten dollars. A quote is to be selected each day with the intent to inspire. Not only do the jars bring meaning and hopefully joy to their users, the money raised from the jars is then donated to Family Promise, an organization which keeps homeless families together.
Meredith's jars both unite and inspire. Over time Meredith has received stories of how her jars have helped and healed individuals, myself included.
During my junior year I fell into a dark place. I began giving up on school, my friends, and eventually myself. Thankfully I was introduced to Meredith and thus her jars. Meredith is now one of my greatest friends and though she doesn't know this she saved a life.
While I wasn't about to commit suicide I was teetering on the brink of disaster; Meredith pulled me back.
Meredith Robertson is my hero.