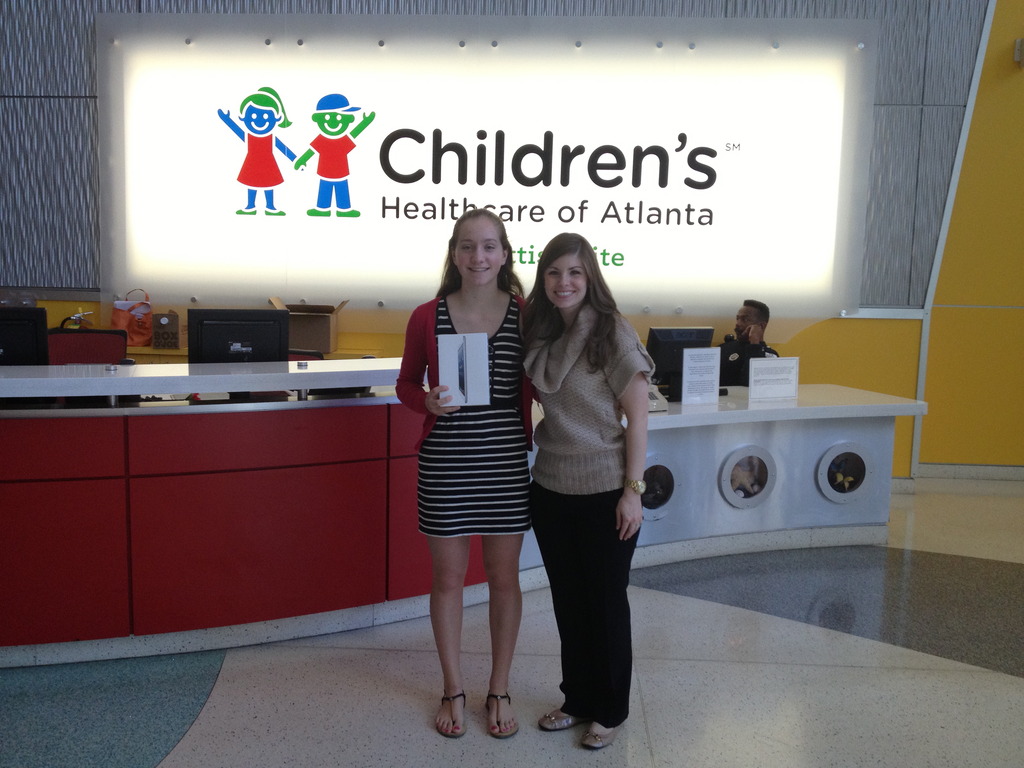 In September 2010, at age 11, Leanne was at Duke Children’s Hospital waiting for her yearly cardiology check-up for her congenital heart problem. Two teenage hospital volunteers came up to her and the other children who were waiting to be seen. They offered each of them a gift suited to their age and gender that were on a cart they were pushing through the hospital. Leanne chose a gift that she has treasured since that day. She was so happy to receive this gift that distracted her as she was waiting for her tests and test results. This gift made her realize that people cared and that she wanted to give back. She decided that she wanted to refocus her fundraising and raise money for this program. After her appointment, she talked with the Director of the Volunteer Program who was very interested in her story and gave her their wish list. She decided she would have bake sales to raise the money. Leanne asked at a busy local supermarket about having a bake sale in front of their market and was told that they only allow non-profits to sell items there. She wondered what she had to do to start a non-profit company. Her research began and on 11-30-2011 with help from her parents she formed a non-profit company called Positive Impact for Kids. Her goal as President is to raise significant funds and awareness in order to improve the lives of children and adolescents being treated in hospitals across the USA. She raises funds to provide children’s hospitals with iPads (to be used while inpatient) and other items from hospitals’ wish lists so the children and families they work with will know others care. Many hospitals request gift cards for the teenagers they serve. The gift cards to Target, iTunes, Sephora, CVS and other stores are given to hospitalized teens by staff that identifies them as struggling physically and or emotionally in order to help them cope. Leanne wants to decrease the hospitalized children’s pain and anxiety and increase their self-esteem. I also want to share that in September 2011, Leanne went to her yearly cardiology appointment and learned that it was no longer safe for her to participate or compete in jump rope. She was a competitive swimmer and a nationally ranked jump roper. Leanne had practiced jump rope with her team 3 days a week for the past 4 years and now had to suddenly stop. Jump rope and her jump rope team was a tremendous part of her life and her identity. Leanne immediately decided, “I need to look ahead at what I can do and not focus on what I can no longer do.” So far, Leanne has made donations to 15 pediatric hospitals in 12 states effecting over 60,000 children. She has raised over $21,000 for Positive Impact for Kids with a goal of raising $100,000 by her high school graduation in 2018. For additional information her website is: positiveimpactforkids.org