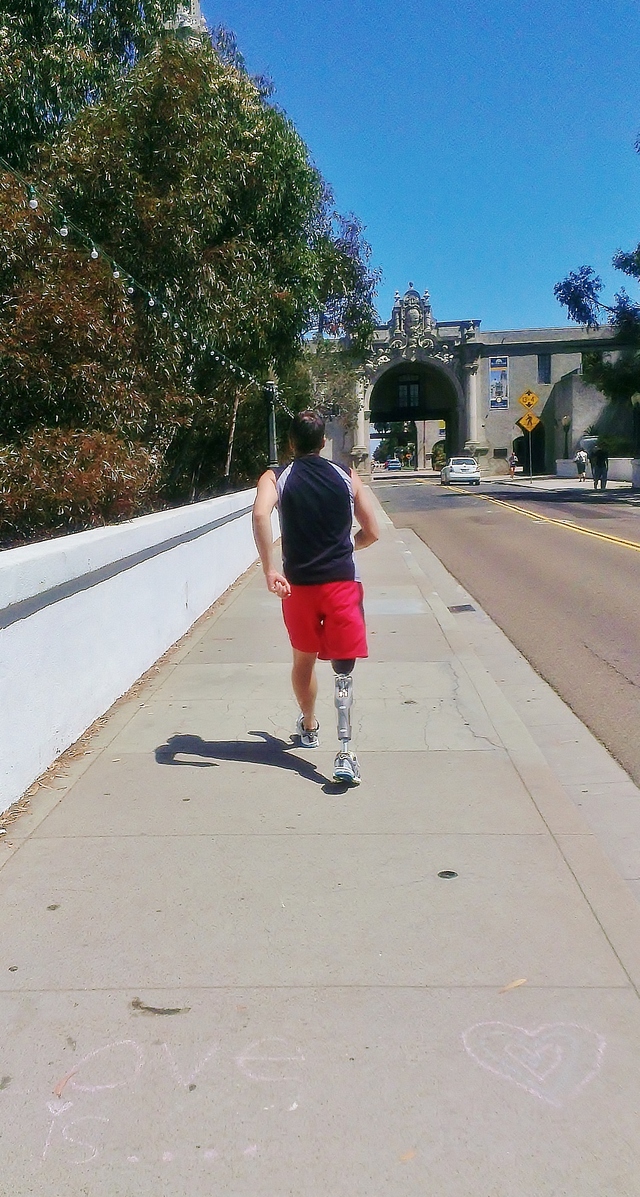 My hero is my husband, Tony. In October 2011, he was diagnosed with a rare form of bone cancer in his right tibia. As a result, he had to have his right leg amputated above the knee the following month. Beginning January 9, 2012, he underwent 6 months of the most brutal, grueling chemotherapy known to medicine. While undergoing chemo, he learned to walk again on a prosthetic leg. He was incredibly sick and utterly exhausted, yet he never gave up. He continued to work from home as much as possible. His family never failed to be his first priority. He never let the smile slip from his face, no matter how tired or sick or scared he felt. His optimism was unflagging. His courage and perseverance in the face of such a horrible ordeal are inspirational. Now he’s working on becoming an athlete, and that same determination is evident in every step he takes. And that's why my amazing husband is my personal hero.