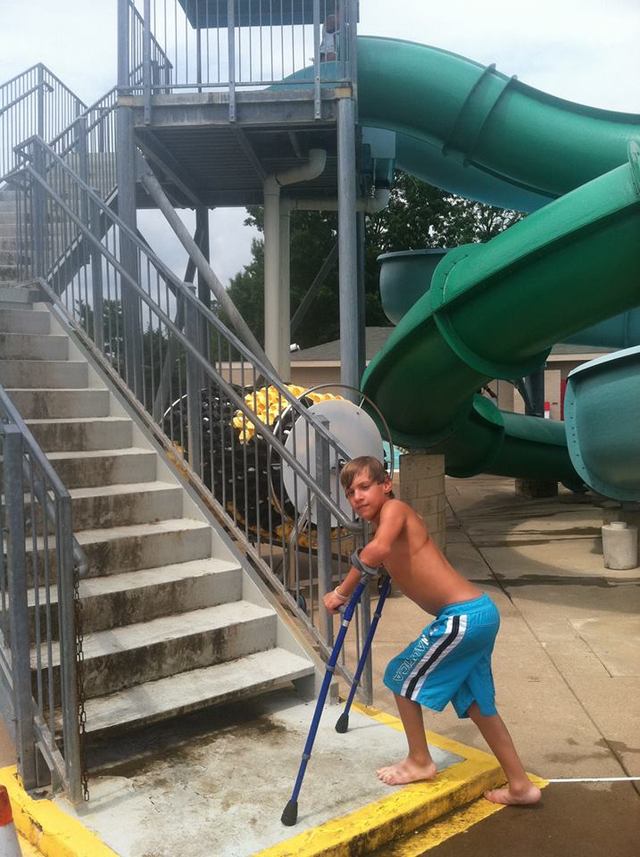 One day in March out of nowhere my placenta tore. I had no idea. I was rushed to the hospital and Carson was born three months early weighing less than 2 pounds. Dr. Doom came and gave us the speech. There were no photos, flowers, or celebrations. Carson spent the next month in intensive care, but then in April his brain began to bleed. A fragile blood vessel broke. A series of brain surgeries began. They told us he had so much brain damage that Greg and I should consider the DNR. Do Not Resucitate. I was crying in the middle of the night shift holding Carson’s finger when I nurse told me she thought he messed with her when she changed his diaper. I decided she was telling us something.

As Carson spent five months in and out of the PICU and NICU for broken oxygen machines at home, and once he was medevac’d from Bull Run Middle School for aspirating from a cold. I was in the driveway home from a doctor’s appointment where the doctor told me it was just a cold and I was over reacting to take him to the doctor. He spent the entire summer in the hospital after that.

Since then Carson has had many surgeries to fix his shunt in his brain, eyes, hips, hamstrings etc. He gets sedated Botox injections to relax his muscles. He works with Edwin Purdy and family for hours each day to do to improve his strength. Carson has gone from a walker to crutches and can even take independent steps. He is going to Tyler elementary school where the teachers and staff under the care of Jennifer Perilla have helped him thrive academically. He reads, writes and knows all his multiplication tables. Carson loves to swim and you will see us daily at the pool. On the off season he walks to the playground. If Carson does not exercise, he goes backwards. It is constant work for him.

No one really understands how hard this young man has to work and how determined he has to be. Can you imagine asking an elementary student to do thirty minutes on the treadmill followed by weight bearing exercise while everyone is outside playing? Carson has a great sense of humor and we are so proud at how far he has come and how hard he has worked. It has taken a village with lots of support and time from my parents, friends and school.